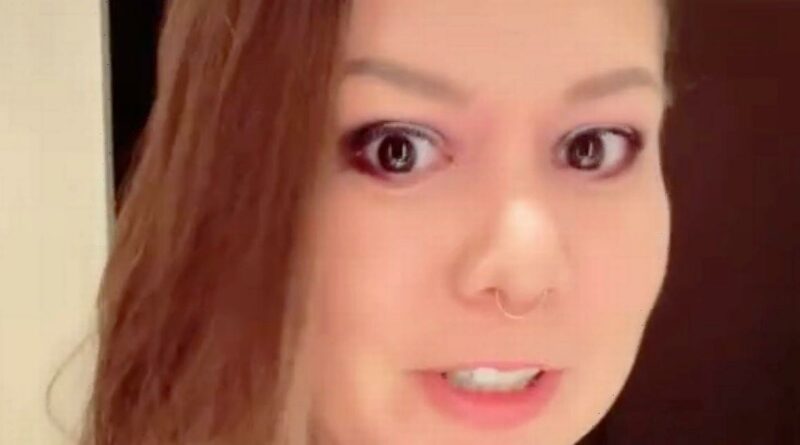 A woman said she was heartbroken to find out her husband had been "cheating" on her when she downloaded TikTok and immediately saw a video of his alleged mistress' car parked outside their house.

In the clip, uploaded by user @anabanana5820, she said she had been suspicious of the nature of the relationship for a long time, but her partner said she was "crazy".

While she was away for work, she said she saw the video of the car belonging to the other woman parked on her driveway.

Showing a picture of the car, she said: "Ladies, always listen to your damn gut.

"My now soon-to-be estranged husband and I have had the same fight about the same girl for months, I mean months.

"And every time, it's always, 'you're so crazy, you don't even know what you're talking about, she's not here, what are you talking about?'

"That is her car parked in front of my house… tonight."

In another video, she explained how she downloaded the video-sharing app as entertainment during her trip away from home and, coincidentally, the first clip she saw was recorded outside her home.

She said: "I've had that gut feeling for a few months now, but then it was the day that I got out to Mississippi and I just randomly downloaded TikTok.

"The first thing that popped up, which is funny because I wasn't even following anybody, was her TikTok and that's when I realised that they had spent the whole Christmas weekend together."

The video was watched more than 2 million times and people were horrified by the story, with some even suggesting she should try to get the car towed away.

One viewer said: "Girl get it towed. The car has been there for days and the neighbours don't know where it came from."

"My mum has always said if a female is a problem, it's because he is allowing it to be," commented a second person.

A third shared: "I was with my ex for 11 years we had the same fight about the same girl for the entire 11 years.

"Guess who he was engaged to 6 months after I dumped him?"

But someone else said the instinct is not always correct and wrote: "The last time I trusted my gut because my husband was being sketchy I found all my Christmas presents. I still acted surprised."