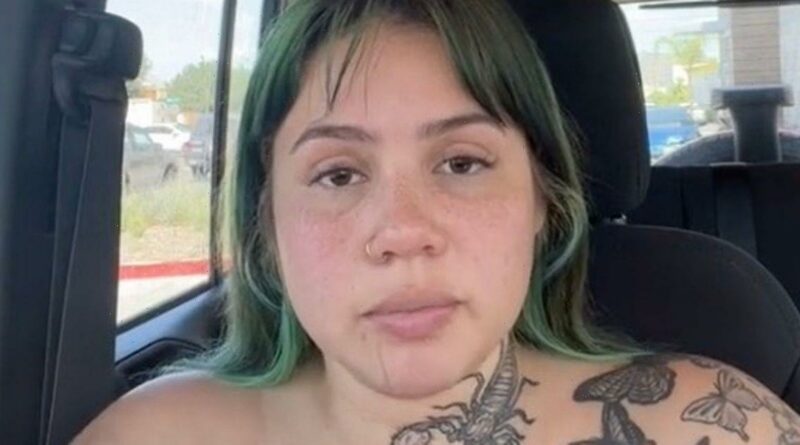 A woman claims she walked out of a tattoo appointment midway through getting inked on her stomach after the artist fat-shamed when she took off her shirt.

Dalina, who posts on TikTok as @senoracabrona, claims she met the bloke in the gym and checked out his work online before choosing him to work on her tattoo.

But the appointment turned into what she described as a "horror story" in hashtags after she took off her shirt for the tattoo and had to endure comments about her 'unsymmetrical' chest and 'back rolls.'

Eventually, she'd had enough and left the tattoo parlour before the job was completed. In the video, which has been seen by more 15.4 million TikTok users, she explained: "I don't know if I'm being dramatic or not, I just left in the middle of getting my tattoo, like in the middle of my appointment, I just, I got up and I paid him and I left.

"I met this guy at the gym and he approached me specifically because of my tattoos and he was like, 'oh, I do tattoos' and he gave me his card and we exchanged information.

"Then I looked him up and I liked his work. And I had a tattoo, that I wanted to get done all over my stomach like I want to get blasted.

"Naturally, I come to the thing and he has me take off my shirt. I have my pasties. I'm literally just there without a shirt. I had my nipple pasties on, literally, just my nipples are covered.

"And he just starts talking about how unsymmetrical I was, he started calling my boobs, t*ts. But the last straw I turned around and it goes, 'oh, I get why to see you in the gym all the time you got back rolls'."

The heavily tattooed woman finished the story, asking her followers: "Am I crazy?"

But TikTok viewers were on her side, as one user said: "You're not being dramatic at all. The fact he got you to take off your shirt for a tattoo of your stomach [red flag]." Another added: "Absolutely unacceptable…sorry you had to deal with someone like that."

A third wrote: "I am SO sorry this happened to you. My jaw dropped. You are STUNNING. So inappropriate."

A fourth wrote: "Oh hell no, you're not tripping. He has you messed up girl!! I’m sorry you went through this, it’s not okay. So inappropriate and disgusting of him."

A small minority of comments attempted to defend the artist, claiming he was being "honest."