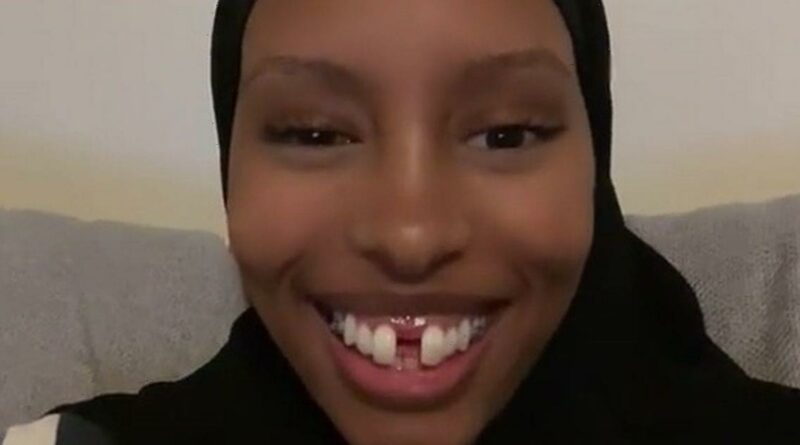 A woman was left mortified after the dentist gave her 'three front teeth'.

Yes, you read that right.

Taking a trip to get your pearly whites checked out usually results in a filling or maybe the culling of a rotten molar.

But instead of the above, Layla Muntas got an extra tooth planted smack bang in the middle of her two front teeth.

In a TikTok clip which racked up a whopping 31million views, the stunner revealed the dentistry faux pas.

"Why did my dentist think three front teeth was a pretty look", Layla questioned as she flashed her three symmetrical fangs.

Layla previously shared to her 23,000 TikTok followers that she had a large gap between her top set of teeth.

Instead of waiting for the braces to be applied, it looked like the dentist got a little carried away.

"Fake tooth in between my two front teeth until I get ma fakin (sic) braces", she wrote in the caption.

Gobsmacked at the trio of front teeth, many people fled to the comments to offer their reassurance or poke fun at Layla's unique set of gnashers.

One person commented: "It looks normal until it doesn’t."

Another user giggled: "Don’t worry if you cross your eyes you don't see it."

While a third admitted: "Honestly, I wouldn’t even notice unless I got up close or you pointed it out."

Someone else mocked: "Sign up to some modelling agencies. This is a look they would die for."

Meanwhile, a fifth chuckled: "How is this possible."

Layla is not the only one who received attention regarding her teeth recently.

A bloke was brutally trolled after getting new teeth 'so bright they look like LED lights'.

Despite the jibes from the naysayers, Dustin defended his decision to get the bold makeover.

He said: "Alright, I don't understand that at all. Tell me, what do your teeth look like?

"What things from the quick binder? What's wrong with you? I'd rather have beautiful and white teeth than yellow and crooked teeth."