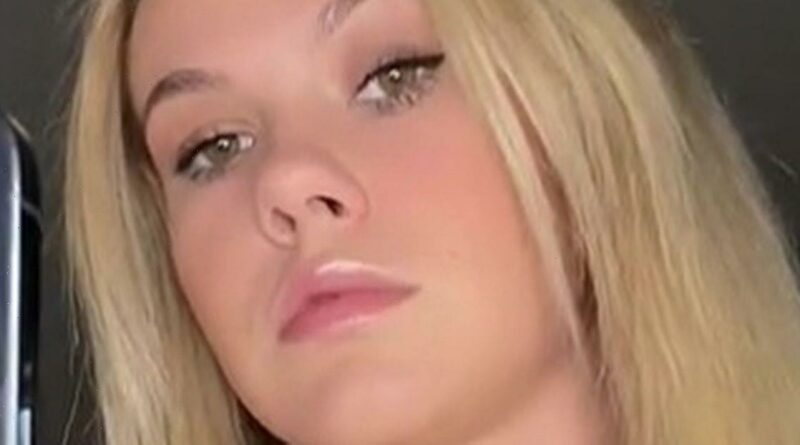 Getting your own back on an ex can seem very tempting at times – but people tend to just fantasise about spray painting their car or dumping their belongings in a black bin bag.

However, Sarah Lupica decided to prank her past lover…but in a very ‘genius’ like way.

The blonde beauty has racked up millions of views on TikTok for mischievously pranking a number of her exes – and all she needed was her phone and Google Translate.

READ MORE:'I pooed myself after sex – then lover's parents and dog returned home'

In the clip that has been seen by many, Sarah pretended to be an automated call from Amazon regarding her ex’s recent purchase of none other than 'haemorrhoid cream’.

Sarah first called her ‘toxic ex’ and leant her mobile against her laptop screen as she already typed out what she wanted the Google translator to say.

Unbeknownst to the call he was about to take, the ex simply said: “Hello.”

The prankster then pressed play on the translator, which in a robotic voice, said: “Hello Connor Hughes, this is Amazon calling to confirm your purchase of preparation H haemorrhoid relief ointment.

Of course, the lad hadn’t bought the ointment to treat the bum lumps so was left rather baffled about the call.

Connor abruptly said "cancel" thinking that it was actually from Amazon, when in fact it was just Sarah playing a prank.

“I heard you say confirm, is that correct?” the robotic voice said.

The lad then reiterated that he wanted to cancel the supposed order.

Sarah really upped the ante as she typed out in Google Translate that Connor had confirmed the intimate cream.

“Thank you so much for confirming your order of preparation H haemorrhoid relief ointment. To update your shipping address or to speak to a consultant please press 1 now", to which the ex begged to cancel.

Continuing on with the prank, Sara took to YouTube to play a calling tone before she went back to the translator to tell Connor some bad news.

“Due to the unexpected high volume of calls, the wait time is currently 50. Please enjoy our specifically selected hold line music.”

WARNING, GRAPHIC LANGUAGE IN VIDEO BELOW:

Instead of the usual classical or elevator type tune heard while waiting, Sarah played song ‘I Don’t Fuck With You’ by Big Sean.

Ex Connor remarked at the waiting time and said “what” in confusion as the music blared down the phone.

Impressed with Sarah’s creativity, many people fled to the comments to praise her efforts to prank her ex.

One person commented: “Wow she really put in effort.”

Another user added: “This is genius.”

While a third shared: “This is the highlight of my day

Someone else praised: “Girl, the effort.”

Meanwhile, a fifth person declared: “This was a masterpiece.”