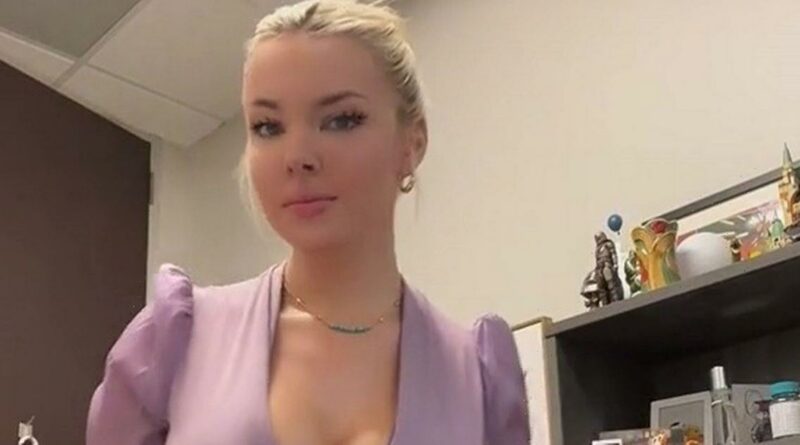 A smartly dressed woman says she was sent home from work because of what she was wearing.

But while some people said her outfit might have "distracted" them', others were quick to tell her she looked "great and professional" in the V-neck lilac top and black trousers.

The woman posted a video of herself showing off the outfit on TikTok, asking her followers for advice.

Posting under the username @NotMarieDee, she even asked if she should quit her job in response.

The exact issue with her outfit was unspecified, however, it was most likely that her V-neck was low enough to show some of her considerable cleavage, which became more visible when she bent down in front of the camera.

She said: "Got sent home from work for this outfit…"

In the caption, she asked: "Should I quit?"

Viewers flocked to the comments to give their opinion on the outfit, with some even agreeing that the clothing was too distracting.

One person said: "I’d be distracted too."

Another added: "Make sense. Making me turn my head all the way around us giving me a headache."

However, a third, presumably joking, suggested the colour scheme was the problem, writing: "Purple clashes with black."

But others disagreed, telling her she looked great and shouldn't be punished for how her body looked in her clothing.

One person wrote: "That is BS you look great and professional."

Another commented: "Having [boobs] isn't illegal so being sent home for having them should result in you owning the company."

A third said: "I don't understand what's wrong with the outfit."

It comes after another woman was left shocked when her boss confronted her over an "inappropriate" outfit in the workplace, which she had previously worn with no issues.

However, on TikTok she claimed her boss branded her uniform unfit for work and that she was showing too much of her "backside".