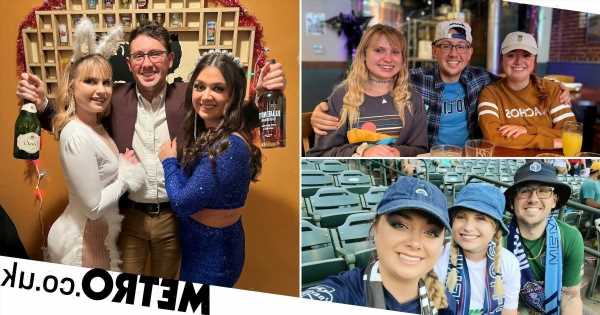 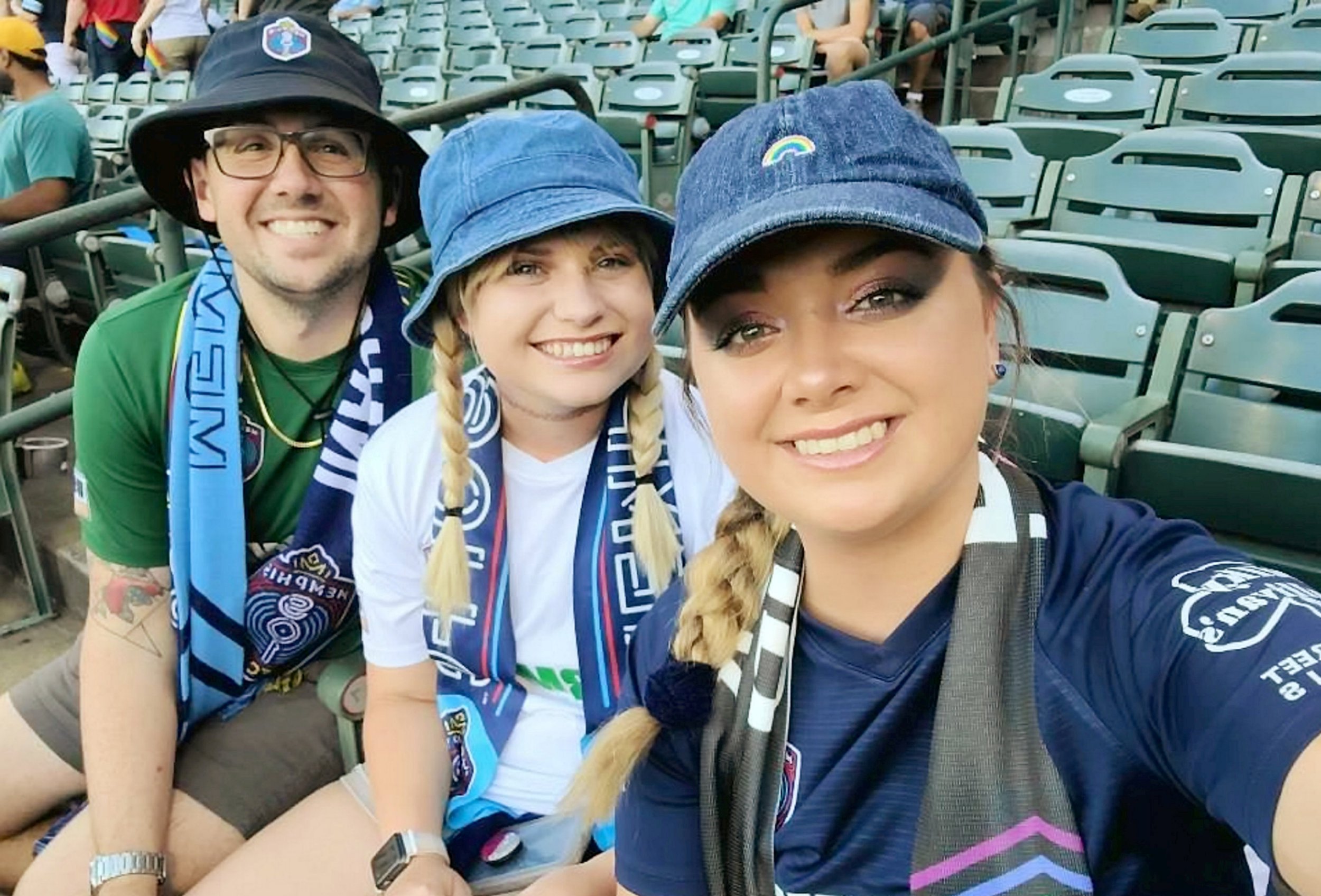 ‘The one that got away’ isn’t a phrase that’s in 26-year-old Angel Bailey’s vocabulary.

That’s because she didn’t let her teen crush die out, and is now in a three-way relationship with both her college flame and her fiancé.

Although the trio tried to give a polyamorous relationship a go multiple times over the following years, things never got past the two-week mark.

Yet, unable to let each other all go, they decided to give throupledom another shot in April 2021 and have now invited Sam to move in.

Angel, banking mortgage warehouse operations specialist, from Paragould, Arkansas, US, said: ‘All three of us went to the festival and just with the music and maybe a little bit of alcohol involved Sam and I just started kissing.

‘And then Tyler was like: “Well, that’s pretty cool.” It just kind of developed from there.’

It wasn’t easy to make the switch from two to three partners.

‘I was being selfish but have worked through my jealousy,’ said Angel. ‘Now they go on dates, we go on dates, and all three of us go on dates.’

Before this, she and Sam were platonic friends but had kissed on occasion.

Sam, a bank clerk, from Jonesboro, Arkansas, US, said: ‘We both were exploring our sexuality at this point and were beginning to learn we didn’t just like kissing girls when we were drunk.’

The romantic connection became clear after the menage a trois, with Angel saying they ‘all caught feelings’ as they hung out more.

Angel said: ‘I had never dated girls before. So, it was difficult discerning friendship feelings from relationship feelings.

‘I knew it was different because it felt wrong when she wasn’t with me, and I missed her like you miss a partner.

‘For Sam it was difficult to join Tyler and I who had already been established for a whole year.’

At the beginning, Tyler struggled fitting in two girlfriends around his work schedule and Angel struggled seeing Sam with her boyfriend.

Despite ups and downs early on, though, they decided to give things a proper go in April last year.

As Tyler and Angel are planning their wedding for later this month, they’re also looking into the possibility of a three-way marriage to cement Sam’s place in the relationship.

Sam, who lives a 90-minute drive from Tyler and Angel, now spends three days a week with them – and is shortly moving into their two-bedroom home.

Angel said: ‘Sam and I will share the bed Monday to Friday while Tyler is at work, he sleeps in another room. There is rarely all three of us sharing the queen size.

‘There’s always someone there to fulfil something you need that isn’t possible in a regular couple.’

In the bedroom, often they don’t all have sex together, but instead take it in turns.

‘It’s not unlimited threesomes and it’s definitely not a lifestyle for everyone,’ Tyler said.

‘We do all three get together sometimes, but not as often as when it’s just two of us.’

According to Angel, boundaries and communication are key to a successful polyamorous relationship.

And even though their lifestyle isn’t conventional, thankfully they also have the support of their loved ones to rely on.

‘Our parents know we are in a throuple, but don’t like to talk about it,’ says Angel.

‘All our friends know.’