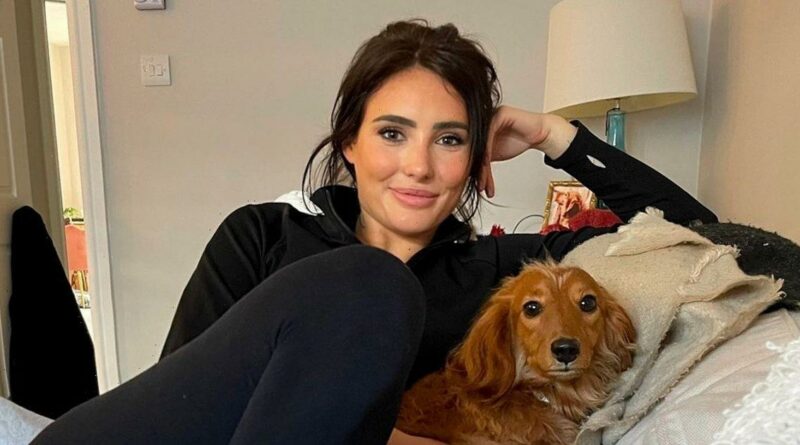 Influencer Georgie Clarke is known for her body positivity on social media.

Now in one of her latest posts, the UK-based star has been praised by admirers for sharing two identical snaps.

Her caption read: "Same body… one image I can see the screen and the other I can't!

"When shooting this set… I decided to keep the camera exactly the same but just flip the screen and move my body between shots.

"I did it to show you how a different pose on this chair can completely change how my body appears when I can see my body."

In the first snap, Georgie described how the back of the camera was facing her and since she set a timer she couldn't see the image.

Then in the second image, she flipped the camera around so she set a time and got into a pose within 5 seconds and smiled.

She added: "It's easy to contort your body into the best angel, pose and lighting when you can see the image you are taking.

"It's like taking a selfie… you find perfect lighting and raise/lower the phone to get a flattering angle and voila… the perfect picture."

But she explained when you don't have cover over the image, it's hard to achieve all those points.

She continued: "You have zero control over how the camera is picking up the lighting, your angle and whether you pose is right."

Georgie explained how when she got into influencing she used to struggle so much to get the perfect shot.

She often would resort to mirror selfies so she can have control over what she looks like.

Georgie said: "After a lot of practice and time I learnt how to achieve flattering shoots when someone else was behind the camera.

"But that's because it took years of practise and to this day I still might only get 2 or 3 shots from 100 photos where I nailed it.

"If I only shared the 2 or 3 perfect shots I achieved on here you wouldn't realise from a different angle I don't actually look like that.

"It's a moment I managed to curate everything to work for me instead of against of me."

She concluded the post by telling fans to "learn to love this reality" as much as she does.

"So here is… the other perspective, the shot I wasn't posed for, the shot where I couldn't see my face, body or angle," she wrote.

Since she shared the positive post it racked up over 3,700 likes and hundreds of comments.

One fan said: "Queen," while another praised: "Looking good."