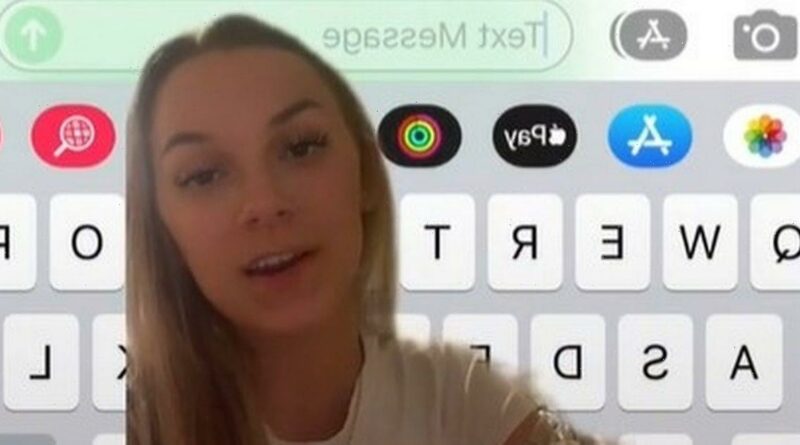 A grieving woman was stunned when she texted her dead sister's number and received a cruel response from the new owner.

In a video, Faith Sidman tells people she has been texting the number for the past two years without getting any replies.

Now it seems the number has been registered with a new owner who is less-than-sympathetic.

Faith shows a screenshot of the message she sent on July 3 that reads: "Thinking about u lots today. I love u."

It's pretty normal for people to cope with bereavement by writing letters or texts to the loved one who has passed on but the response from the business was ice-cold.

On July 20, a text was sent back that bluntly reads: "You have the wrong number."

Faith replies with: "I'm sorry, my sister passed away two years ago and I still text her from time to time.

"I thought the number was out of service, I won't text anymore."

Ignoring Faith's apology and heartbreaking explanation, the person texts back: "This was a business. Please stop texting."

The video has been watched more than 1.4 million times since Faith uploaded it to her @faithsidman1TikTok on Wednesday (January 5) with the caption: "At least I got to see her name pop up on my phone one last time."

One viewer was horrified and commented: "I just know your heart dropped seeing her name pop up…I’m sorry baby."

A second told her: "I could only imagine the emotions when you saw ‘she’ texted you back and to open up the message to them being snarky. I’m so sorry."

"I would have sent the coldest, nastiest message back," wrote a third,

Someone else commented: "They could’ve just blocked you so you can keep texting."

Meanwhile, other users said Faith should out the company in question so they would have the opportunity to complain.