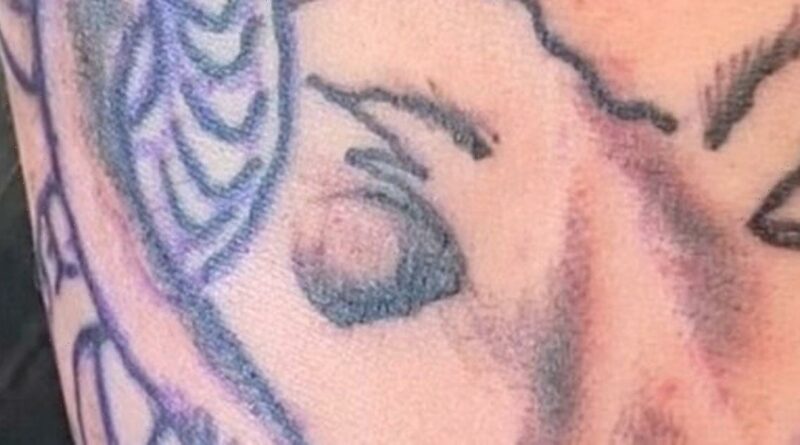 A woman says she was left devastated and crying for a whole day after a tattoo artist botched her Medusa ink.

In a video, Aleyna Renae shows the inspiration photos and drawings of her dream tattoo which shows the mythological woman and her hair of snakes.

Unfortunately, Aleyna's finished tattoo appears to have all kinds of mistakes, like wonky eyes on Medusa and the snake, as well as odd shading around the nose.

In the caption, she added: "And the tattoo artist has been blowing up my phone and gaslighting me."

The video has been watched 95,000 times since Aleyna uploaded it on her @aleynarenae TikTok on March 10 and people said they felt so bad for her.

One joked: "I was expecting bad but not lazy eye Medusa bad."

A second told her: "Don’t be shy drop her name to save people from getting a tattoo from her."

"Oh girl drop her name although it does look bad, find an artist that is good with reworking a tattoo," commented a third viewer.

Someone else wrote: "Girl OMG there is no covering that up either. I would cry."

Aleyna replied: "I KNOW. Girl, I’ve been crying for a day now."

In the comments, Aleyna said her tattoo artist sent her "50 texts in a row" after she complained.

Explaining why she didn't realise the tattoo job was going so badly, Aleyna said the artist was "doing the tattoo so deep that I was biting down on my jacket while sobbing the whole time".

"I was in so much pain I couldn’t even think," she recalled.

Aleyna said her Medusa inking was her 6th tattoo and every previous experience with different artists had been really good.

Despite consulting with the tattoo artist before getting the ink and checking out her previous work, Aleyna said it still ended up bad.