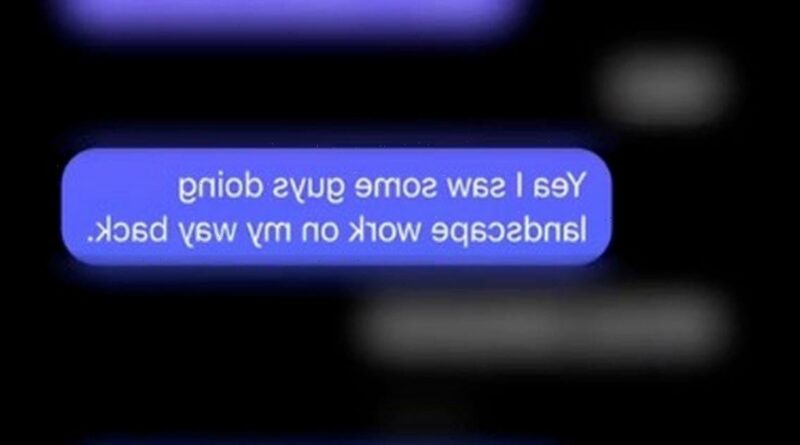 A woman's prank to her brother backfired and ended up melting people's hearts when he became "concerned" and tried to help her.

In a TikTok video posted on October 1, Macia @macreed1214 says she will be texting her brother random updates about her day to see how he responds.

Meanwhile, her brother gets increasingly worried about the spam and keeps asking if she is ok.

The final straw is her text: "Also I got a coke from McDonald's I forgot to tell you."

Her brother then tried to video chat with her multiple times and sent her worried texts.

In the caption of the clip, which was watched 2 million times, she wrote: "He thought I was kidnapped".

Thousands of people commented, with one saying: "I love this. He was like 'ok this is code, she's not ok.'"

"Aww he was concerned," wrote a second user.

Someone else commented: "I love it so funny from the sis side and very sweet for a loving brother from the bro side."

In an update, Macia says her brother was so worried he got in touch with their mum to ask if she knew what was wrong.

He then fumed in a text, "It was just some TikTok BS," when he realised it was all for a prank.

This comes after a bloke pranked his girlfriend and said another woman was flirting with him at the gym.

He then laughed and filmed her reaction when she stopped working out, read the text, and then began to storm over to where he was lifting weights.

For more lifestyle stories, sign up to our free Hot Topics newsletter here.