The news that a secretary to a Conservative minister has allegedly been caught selling sex on a ‘sugar-daddy’ website is the latest scandal to rock Westminster.

Rebecca Tott, 20, is currently aide to Tory housing minister Dominic Raab, and has been frequently seen in promotional videos and blogs since she joined the Civil Service on an apprentice scheme at just 16.

However, allegations that Tott has been using her time away from Whitehall in less than salubrious ways –  apparently dating wealthy older sugar daddies via the Seekingarrangement.com website –  has seen her suspended from her role and has even sparked an MI5 investigation over potential security threats to the UK. 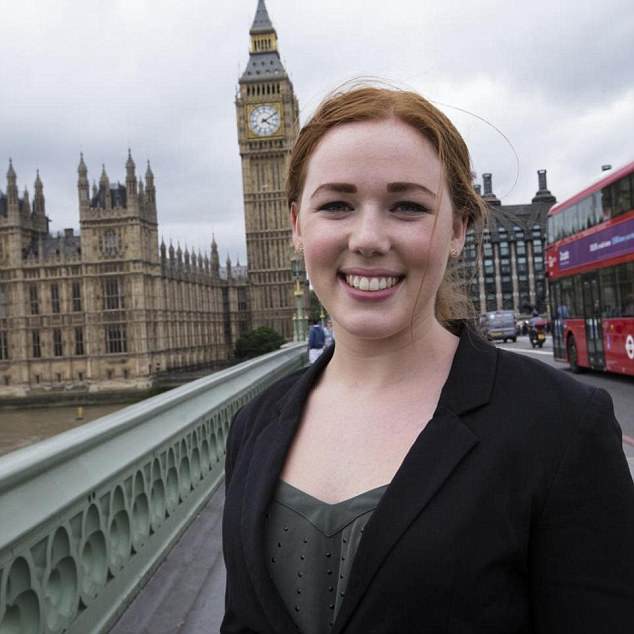 Tory Minister Dominic Raab’s Diary Secretary, Rebecca Tott, 20, (pictured) who has been suspended from work after it was alleged that she’d appeared on Seekingarrangement.com 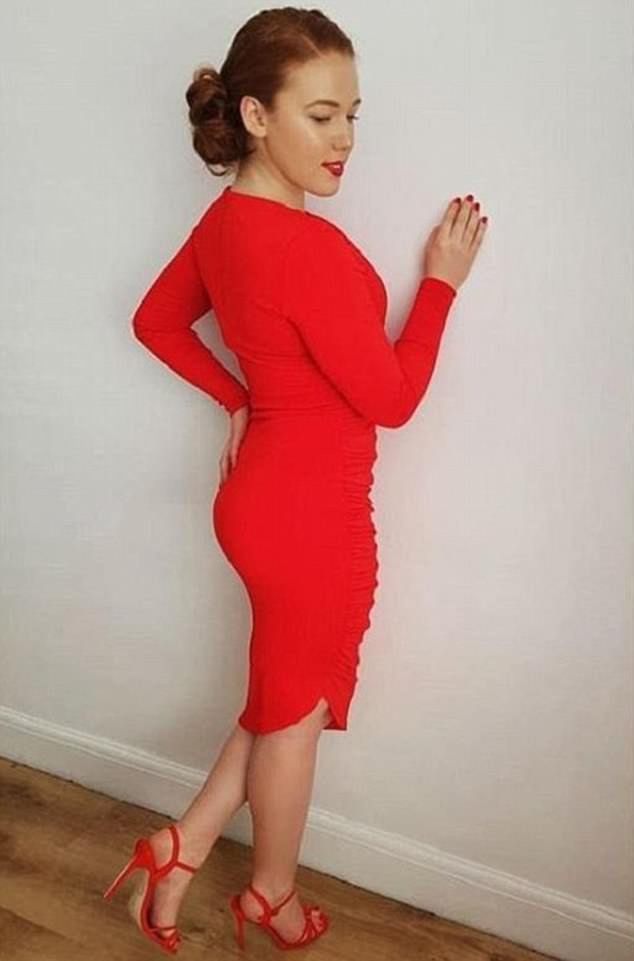 Red hot scandal: Rebecca Tott (pictured) was a fast tracked apprentice who appeared in promotional videos for the government extolling the virtues of working in the public sector 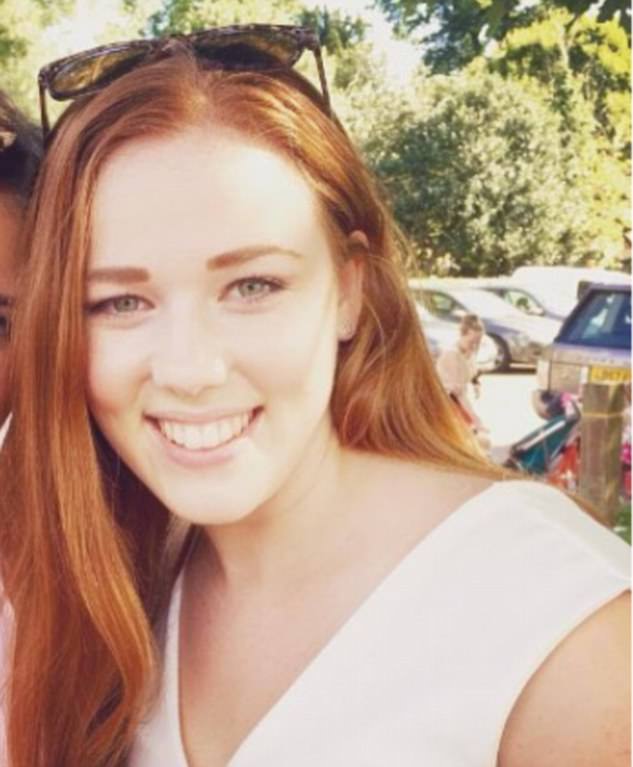 Here, three women who admit to using, or having used, similar sites open up to FEMAIL about what it’s really like to be a ‘sugar baby’.

The so-called ‘sugar daddies’ they’ve met are both married and single and work in a range of industries, often in senior management positions.

Indeed some websites boast of having company CEOs and politicians on their books.

While discretion is obviously prized within the ‘sugar daddy’ circle, these women have agreed to speak candidly about their personal experiences – from their most common requests to how much they charge…

Lisa, a student from Oxford, began sugar dating as a way of funding her studies and now uses it to earn extra money while completing a full-time internship in London.

Currently a member of RichMeetBeautiful since December 2017, she’s previously been on other similar websites.

She says she got tired of ‘normal’ dating sites such as Tinder and Badoo and wanted a life that her student budget couldn’t afford. 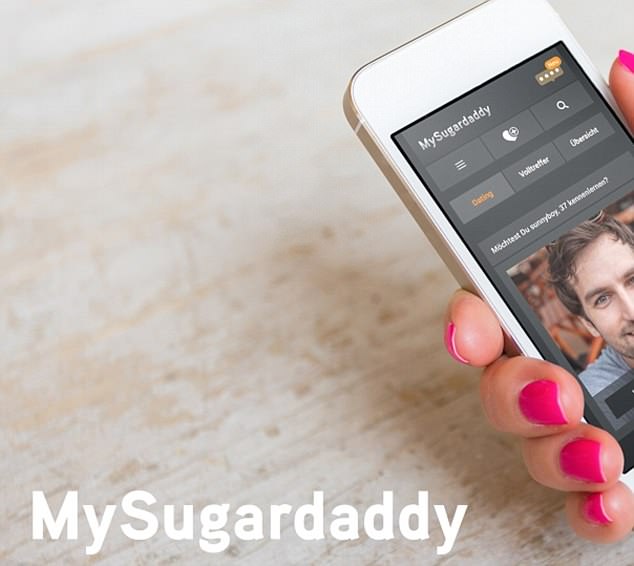 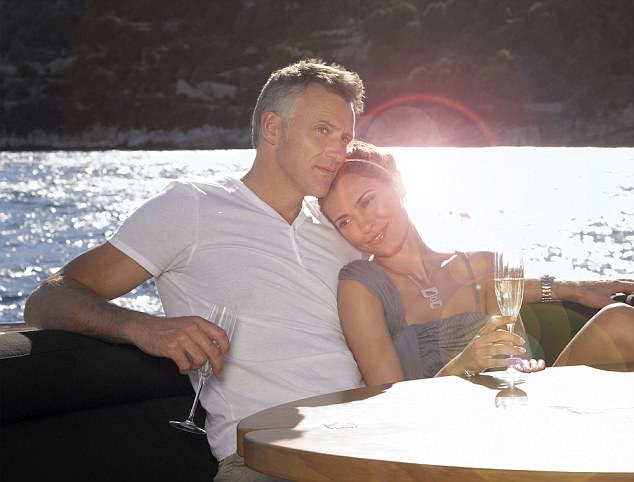 ‘My parents were making a huge effort to pay for my studies and I wanted to achieve more in life, like travel around Europe, buy more clothes and beauty products.

‘The sugar dating has allowed me to live better than if I would have just relied on my parents. It’s not escorting or prostitution – it’s about having fun and giving each other a great time!’

She says she’s dated men between 38 and 45-years-old and is currently seeing a sugar daddy who is 43: ‘They are, most-of-the-time, well-paid financiers and CEOs or entrepreneurs running their own companies. I have also been with a lawyer.

‘I love being spoiled by a more mature and experienced man in all senses, not just from a material perspective but also being able to get support and mentoring from him. You can have a really fulfilling relationship with a sugar daddy.’

While there isn’t an official pricing structure, Lisa says some sugar babies operate on a ‘pay per dinner’ or ‘pay per day’ system and that she herself has negotiated ‘allowances’ of up to £1000 to £1,500 a month.

When it comes to the dates, they tend to be lavish; she frequently goes on holiday with the men she meets: ‘[We go] to nice dinners, out to flashy bars for drinks, clubbing, opera and theatre plays and even weekends away. My sugar daddies are always open to fun suggestions and make the dates really fun and luxurious even.’

The student won’t date more than one sugar daddy at a time and enjoys establishing a relationship with them – and says that she feels they ‘really care’ for her. She adds people who judge women who enter into relationships with sugar daddies don’t realise that the relationships have real benefits for both parties.

‘All the girls I have met these past years are sugar babies by their own choice. Some of them seek a better lifestyle, some others to be spoiled, others seek a mentor to improve their careers.

‘It would be great if people stopped judging other people’s relationships. I only signal my interest back to a lucky few sugar daddies.’

LAUREN, 22, FROM LONDON: ‘IT’S MORE THAN JUST SEX FOR MONEY. WE HAVE A RELATIONSHIP WITH EACH OTHER’

Political Sciences student Lauren, 22, says the life she wants to live is financed by the older men she meets.

A member of Mysugardaddy.eu for a year, she won’t date men over 50 and has enjoyed sugar relationships with men as young as 37.

In her second year studying at the London School of Economics, Lauren says being a sugar baby enables her to enjoy the best of the city without having to pay a penny.

She says: ‘I can access an extremely luxurious life, which I would otherwise not be able to afford on my own. I get a lot of gifts, wear beautiful jewellery and move through high, elite circles.’ 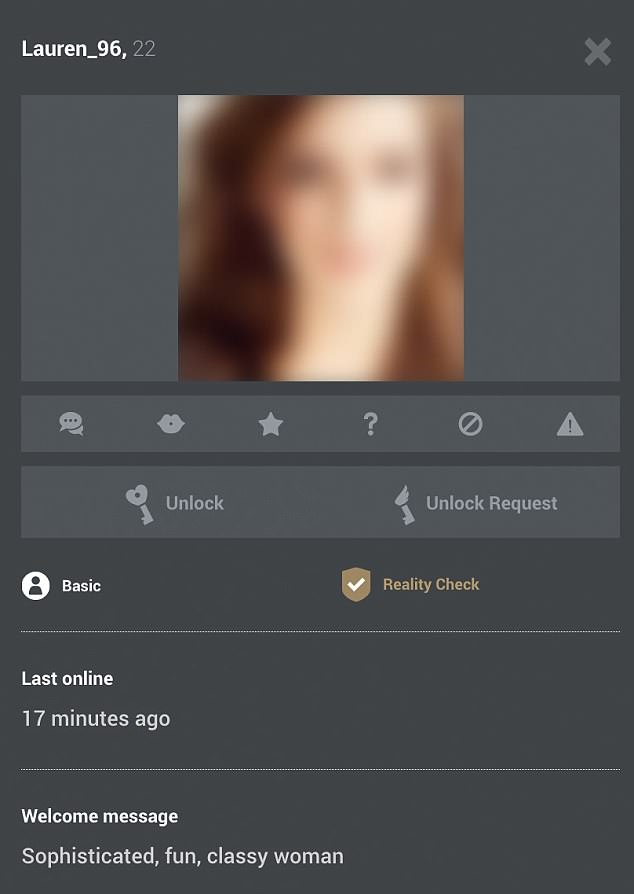 The profile image of Lauren, who says she has no qualms about sleeping with the men she dates

A love of more mature, financially solvent men first saw her considering signing up; and she says putting a few simple details into the site’s registration pages has transformed her life.

She explains: ‘I’ve always loved older men who are wealthy.

When I started my studies and was unable to afford my lifestyle along with tuition fees, I decided to sign up for Mysugardaddy.

I found all the support I needed from sugar daddies in terms of financing my life.’

When it comes to getting intimate, Lauren says there’s a distinction to be made between prostitution and sleeping with a sugar daddy.

She says: ‘Of course I have sex with my daddies and I also get gifts from my daddies but it’s more than just sex for money. We have a relationship with each other and we have a nice time together – I hate the fact you are immediately labeled as a prostitute.’

Interest in her profile is relentless with messages pinging daily but Lauren says she now knows what she wants from any potential relationship with an older man.

She says: ‘A typical first meeting allow you to get to know one another and usually takes place in a nice restaurant over a fine meal.’

She says the vibe should be ‘special occasion’ and she expects ‘a refined restaurant, exquisite cuisine and champagne’, explaining: ‘This is the first impression I look for in a man.

What makes the ideal sugar daddy? Someone who’s happy to fund Lauren’s love of shopping, although sums of money are rarely discussed.

She explains: ‘I definitely do not have to think about expenses; the gentlemen who look for sugar babies know that exclusivity and being VIP has a price.’

HELEN, 40, FROM CHESHIRE: ‘IT WAS A GRADUAL REALISATION THAT I’D TAKEN A FANTASY TOO FAR’ Helen Croydon, a writer, from Cheshire, says that a desire to meet wealthy older men saw her sign up to two websites while in her late 20s. She was wined and dined by rich, more mature men for nearly three years and says while it started as ‘fun’, she ended up wondering what she would get out of a new date financially

Helen Croydon, now 40, was in her late twenties when she began using sites including sugardaddies.com and seekingarrangement.com over a three year period.

She says that it began as harmless fun, a way of acting on a fantasy about dating older men.

Helen, a writer, says: ‘While I think some girls have calculated aims when they go on these sites, I really didn’t do it to make money or get an allowance; I sort of edged into that slowly.

‘I simply liked older men and was having fun; I was experimenting with dating.’

However, about a year-and-a-half after initially signing up to the websites, Helen says she began to accept ‘allowances’ from the men she would date and was even offered money for sex.

She says: ‘There was an American businessman who visited the UK several times a year and he’d always stay at the Dorchester.

‘He was really good looking and we got on well.

‘On the first date, he said: “How much would it be to take the date further?” In his mind, it wasn’t like he was paying for sex.

‘He thought “there’s a girl here I like” and rather than the date fizzling out, he was paying for the convenience.’

While Helen declined the initial offer, she did go on to sleep with him later for money.

She explains: ‘I didn’t feel comfortable with the money side of things. I was shocked at how upfront he was but I wasn’t offended. It looked like the date was going that way. It was a practical thing.

‘When it eventually went down the road, I felt fine. I liked him, we’d formed a bit of a relationship. I did question it but because we had a relationship, it didn’t feel like prostitution.’

And offering some insight into how the mind of a sugar daddy works, Helen says a UK hedge fund manager who used to give her a lifestyle allowance was honest with her about why he used such sites.

‘He’d say: “If I’m in the office until 8pm and I have to cancel dinner, if I did that with a normal date, she’d be so p***** off. I can’t find someone who could be that understanding about my job.” So, he was paying for having a woman who would be more understanding.’ 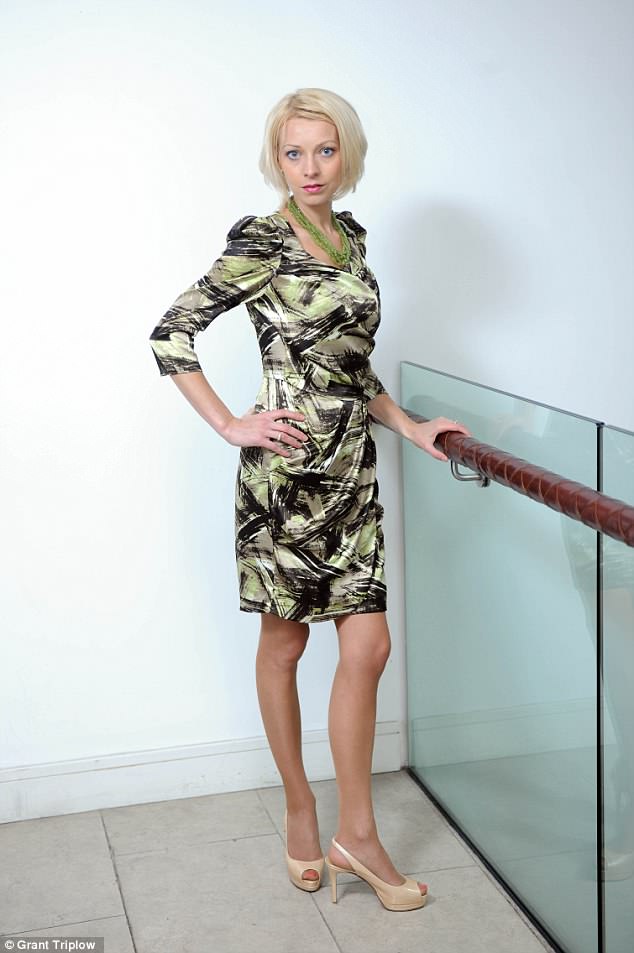 Tarnished: Helen says that deciding to stop dating sugar daddies made normal dating seem really uninspiring…but is now very happy in a relationship with an older man on ‘equal terms’

She says the allowances were ‘never a salary’ but ‘enough to live on’ and it was the financial motivation that eventually sounded the death knell on her sugar daddy experience.

Helen says:  ‘I started to think “what am I going to get out of it?” and I realised that it was beggining to turn me off genuine dating.’

So much so that in the years following her time as a sugar baby, she lost interest in finding real love.

‘I had no interest in dating after that and found it really uninspiring. I’d sated the desire for excitement but I wasn’t into the idea of a real relationship – it tarnished it for a while.’

Now, happily, Helen is dating an older man, 50, with children but on very different terms.

She says: ‘I’ve always gone for older guys, that bit didn’t go away!

‘We’re not in a conventional relationship; we’re emotionally committed, but my independence is still very important to me.

‘We don’t live together, we’re not planning to have children but there’s a massive difference in this relationship.

‘We’re soul mates; I need to feel like we’re equal and we’re friends as well as lovers. It’s completely different to how a sugar daddy relationship works, which revolves around power play.’