Home » Lifestyle » Why do we women try to change our chaps? Because they need it!

SARAH VINE: Why do we women try to change our chaps, you ask? Because they need it!

‘They say you shouldn’t ever try to change a man. But, as Meghan Markle will testify, sometimes the temptation is impossible to resist’

They say you shouldn’t ever try to change a man. But, as Meghan Markle will testify, sometimes the temptation is impossible to resist.

Prince Harry’s bride-to-be is famous for her dedication to exercise and clean eating.

Indeed, she once ran a successful sub-Gwyneth Paltrow lifestyle blog.

Now, it seems, all her efforts are focused closer to home.

Not only has Harry joined an exclusive £575-a-month gym, he has also embraced vegetable smoothies and is replacing carbs and processed foods with ‘delicious’ alternatives such as kale and quinoa.

This is quite a feat: he was once described by fellow soldiers as ‘living off Kentucky Fried Chicken’.

When it comes to things like kale I’m afraid I’m rather with Mary Berry, who this week described it as ‘the stuff they used to feed horses’.

Still, you have to hand it to Meghan: Harry has already lost half a stone, which on his rangy frame is quite something, and is dressing more like a well-groomed hipster than a chubby Sloane.

Who knows, one day they may reveal the secrets of their perfect life to us mortals, perhaps in a bestselling recipe book, with a foreword by Pippa Middleton and moody black-and-white photos of them practising aerial yoga in the grounds of Kensington Palace.

Until then, we can only imagine the look of rapture on Harry’s face as he sits down to another delicious plate of courgetti spaghetti with gluten-free garlic bread.

It’s easy to mock, but there’s no doubt all men, no matter how outwardly perfect, require a little work, especially if they’ve been living as bachelors for a while.

When I first met my husband, I had to wean him off caramel lattes and tea with three sugars, not to mention his desire to fry everything in goose fat.

Of course, there are some things you can never change.

Even now, almost 20 years on, he still sets fire to his breakfast on a Sunday morning, happily consuming the charred results in the smouldering remains of the kitchen.

And who am I to deny him that privilege?

Besides, it’s not worth the fight. In that respect, men are a lot like teenage girls: you have to learn to pick your battles.

The secret is subtlety. If you confront a man head-on with a list of his failings, the shutters go down and you might as well be banging your head against a brick wall.

Act by stealth, dressing your demands up in flattery, and you’ll soon find you can nudge him ever-so-gently in the right direction.

It’s the difference between henpecking and lovingly nurturing — only with the same result: you get what you want.

Now that Amber Rudd has resigned over Windrush, any chance someone in the Labour Party will fall on their sword over anti-Semitism?

No, I thought not.

Ultimately, that’s what most men want, too. Someone prepared to invest in them, see past their foibles, fix their faults and smooth their rough edges — all without damaging their ever-fragile egos.

That is why, if you really want to alter your man’s behaviour for his — and your — own good, you need to find a way of making him think it was all his own idea.

Because, as we know, a man’s idea is automatically ten times better than a woman’s. Even if they are exactly the same and she had it first.

That’s why I suspect Harry is actually quite happy knocking back kale smoothies instead of pints of lager.

Not only does it mean he gets to have a mighty fine-looking woman by his side; he knows she means it because she’s given up her Hollywood career for a life of shaking hands (or hugging in her case) and asking: Have you come far?

When you look at it that way, a few green smoothies seems a small price to pay.

According to a government inquiry, home ownership among young families has halved over the past 35 years — proving what we already know: there is a real shortage of affordable housing.

Forced to rent, young people are at the mercy of landlords who drain their meager earnings with no chance of long-term stability or any kind of return on their investment.

Don’t make us feel bad for not being perfect

Davina McCall — she of the tight abs and even tighter bikinis — says she has never been happier with her body than now, aged 50.

I’m not surprised: she looks amazing — but then it is more or less her full-time job. 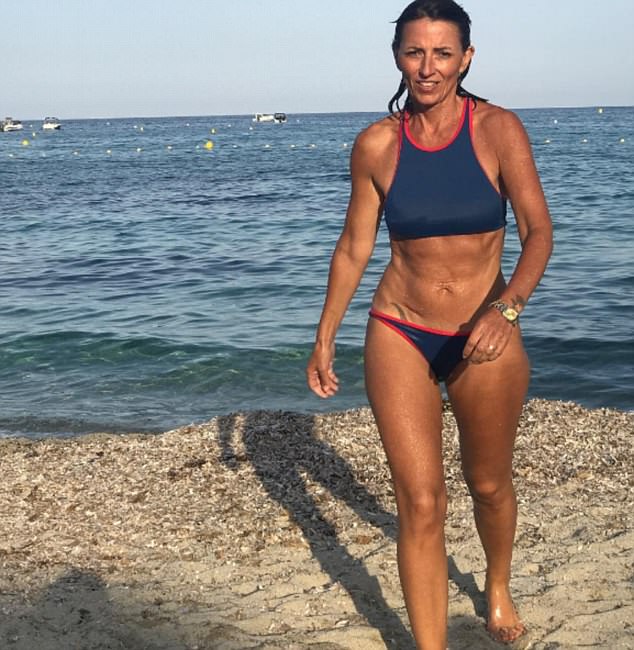 ‘Davina McCall — she of the tight abs and even tighter bikinis — says she has never been happier with her body than now, aged 50’

I am all for older women looking fabulous, but are celebrities like McCall (and Nicole Kidman, Sharon Stone et al) in danger of subjecting middle-aged women who don’t have armies of stylists and acres of spare time to exercise their pelvic floors to the kind of pressure that so negatively affects girls?

That is, a wholly unrealistic drive to be perfect — at an age when it’s ever harder to achieve.

I know I’m supposed to be outraged, but I found the video of Sainsbury’s boss Mike Coupe tunelessly humming We’re In The Money to himself — while waiting to go on air to talk about the £12 billion Asda merger — not only highly amusing, but also deeply encouraging. 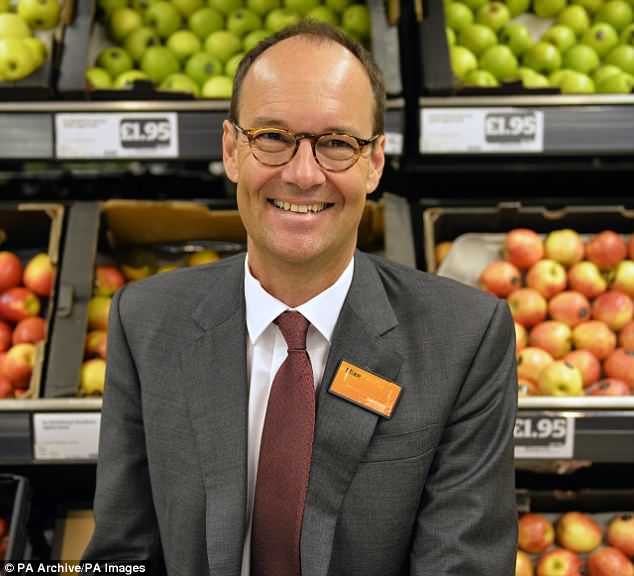 ‘I know I’m supposed to be outraged, but I found the video of Sainsbury’s boss Mike Coupe tunelessly humming We’re In The Money to himself — while waiting to go on air to talk about the £12 billion Asda merger — not only highly amusing, but also deeply encouraging’

It’s good to see a captain of business so unashamedly in love with what he does instead of talking a lot of virtue-signalling nonsense about caring for the little people.

Making money is a ruthless business, and it seems they don’t come more ruthless than Mr Coupe.

Maybe they should draft him in for the next round of Brexit negotiations.

TV show that breaks my heart

Genderquake is a new Channel 4 reality TV show starting next week which aims to explore the new, seemingly inexhaustible, spectrum of human sexuality.

No doubt it will be a very progressive piece of television programming.

But I wonder: has anyone stopped to think how sad it is to see so many young people so utterly lost and confused about who and what they want to be?

According to former education secretary Justine Greening, Old Etonians ‘are not as impressive’ as other students with the same grades, because they’ve had all the educational advantages money can buy — and are therefore not necessarily the best option for employers.

Schoolgirl error, Justine. People don’t send their children to Eton so they can get the best A-levels.

They send them there so they can mix with the right class of people — and grow up to run the world, as is their God-given right.

You can be as thick as mince; but if you went to Eton you’ll always find some old bunk-mate who can sort you out with a job.

Like it or not, that’s how this country (still) works.

I spent quite a lot of last week obsessing over the tragic case of Alfie Evans.

I thought his father, Tom, conducted himself with incredible dignity and grace in what must have been the most agonising of circumstances.

Now that Alfie has sadly died, I do think it’s time to address the plight of families in similar situations, where the judgment of professionals is at odds with the hopes of the parents. 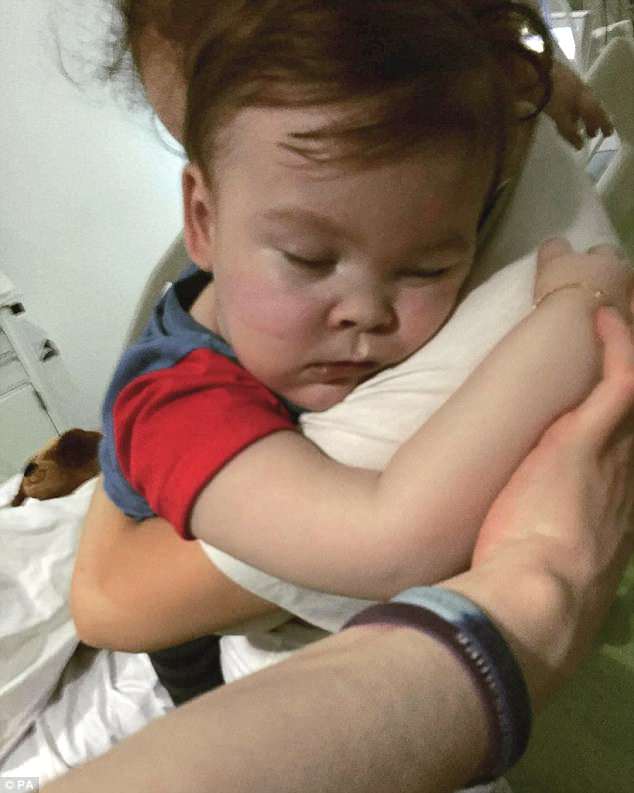 ‘Now that Alfie has sadly died, I do think it’s time to address the plight of families in similar situations, where the judgment of professionals is at odds with the hopes of the parents’

Any mother or father facing the death of a child is bound to cling to even the tiniest shred of hope, however far-fetched; likewise, doctors should not be vilified for being honest and acting in a way that they consider practical and rational.

The last thing either party should have to do is resort to the law. That is why it is worth highlighting the work of Charlie Gard’s parents.

Last year, Charlie, you may remember, was in a very similar situation to Alfie, when his mum and dad, Connie and Chris, fought — and lost — for the right to take him to America for treatment.

His parents are now working to establish a ‘Charlie’s Law’ to stop parents ‘experiencing painful and prolonged conflicts with medical professionals’.

Wouldn’t it be nice if the House of Commons (and even the Lords) could find the time to stop hurling insults about Brexit — and debate something that affects the lives of the people they are supposed to represent.