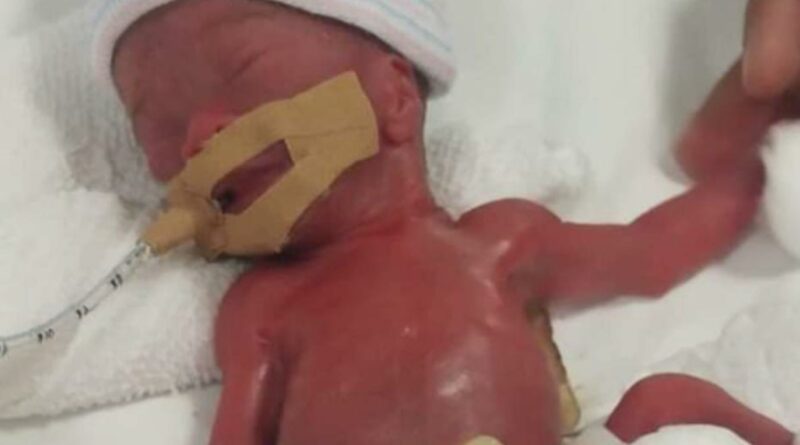 Never has there been a teensier tot.

The smallest baby the world has ever known defied fate and, after spending over a year at Singapore’s National University Hospital, has finally gone home to her family.

Little Kwek Yu Xuan was born via emergency C-section weighing about as much as a softball — just 7.5 ounces, or 0.4 pounds — making her by many accounts the lightest baby ever delivered. It also meant her likelihood of survival was limited. Despite her fragile entrance into Earth, the hospital announced this weekend that she had been discharged, CNN reported.

The bitty tot is still battling chronic lung disease and pulmonary hypertension but has, at last, been turned over to the care of her parents, Kwek Wee Liang and Wong Mei Ling. Her 4-year-old brother currently lives in Malaysia with their grandfather.

Born in Singapore in June 2020 nearly four months premature, Yu Xuan has put on a miraculous amount of weight in the 13 months since her early arrival, coming in at 13.9 pounds. While still underweight for a 14-month-old, she’s come a long way considering her record-breaking birth size, which contrasts starkly to the average weight of a newborn, 7.5 pounds.

Other previous contenders for the title of Tiniest Infant include Saybie, the current Guinness World Record holder, who was born at 8.6 ounces in December 2018 in San Diego, and an 8.1-ounce boy born in Cologne, Germany, in 2016.

Yu Xuan’s successful battle for life made her “a ray of hope amid turmoil” at the hospital during the dark days of COVID-19 in which she was born, the National University Hospital wrote in a statement to CNN. She required “multiple treatments and machines” to finally make it home this month, but managed to be “active, cheerful and responsive” during the challenging first year of her life.

“Against the odds, with health complications present at birth, she has inspired people around her with her perseverance and growth,” the hospital wrote.

In a Facebook post, the facility added, “We are happy for the little fighter and her family, and proud of the care provided by our team. Our best wishes to Little Yu Xuan as she continues to grow, thrive and beat the odds every day.”