‘It’s desperate and tacky’: Writer provokes a furious global debate over bringing supermarket snacks to the cinema – but do YOU think he was being snobbish?

A writer has provoked a furious debate over people bringing their own snacks to the cinema, by branding those who do so ‘desperate and tacky’.

Seth Abramovitch from LA, who is a senior writer for the Hollywood Reporter, caused a storm on Twitter after blasting those who bring ‘supermarket snacks’ with them to watch films.

Criticism pouring in from around the world, with one commenter summing up the sentiments of many by writing: ‘Spoken like a man of great privilege. Thanks for advertising your contempt for us plebs.’

Another described his comments as ‘class warfare’, but Seth hit back at accusations of snobbery, saying: ‘It’s not classist. I am supporting my local independent movie theater with my business. 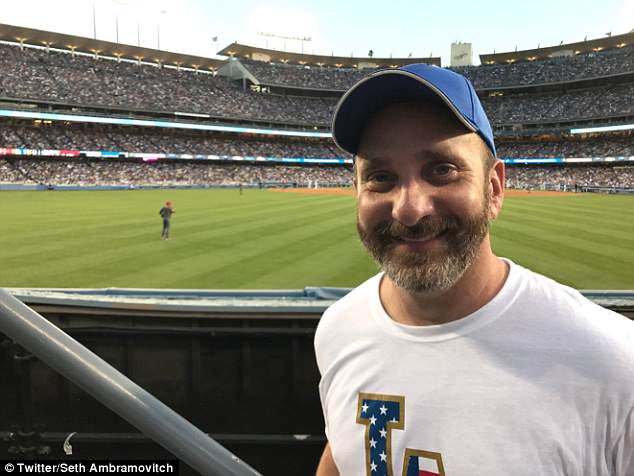 Seth Abramovitch from LA, who is a senior writer for the Hollywood Reporter, caused a storm on Twitter after blasting those who bring ‘supermarket snacks’ with them to watch films

However, he received little support for his views on Twitter with one commenter noting: ‘You’ll take my Lidl popcorn from my cold, dead hands.’

Another said it was just ‘stupid’ to pay a 200 per cent markup on food you can bring in yourself.

Others pointed out that buying drinks and snacks for a family can add up to ‘a whole paycheck’, while many said the high ticket prices alone are prohibitive for many people as it is.

Seth later tried to back up his point, by claiming that it’s against the rules to bring in your own food, although many argued that this is a myth. 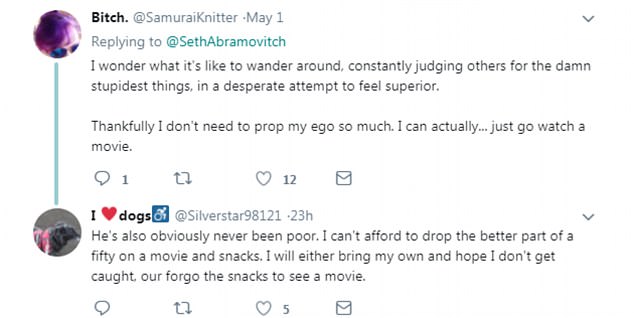 Twitter users were unimpressed and accused the writer of snobbery, adding that the price of drinks and snacks make a trip to the cinema prohibitive