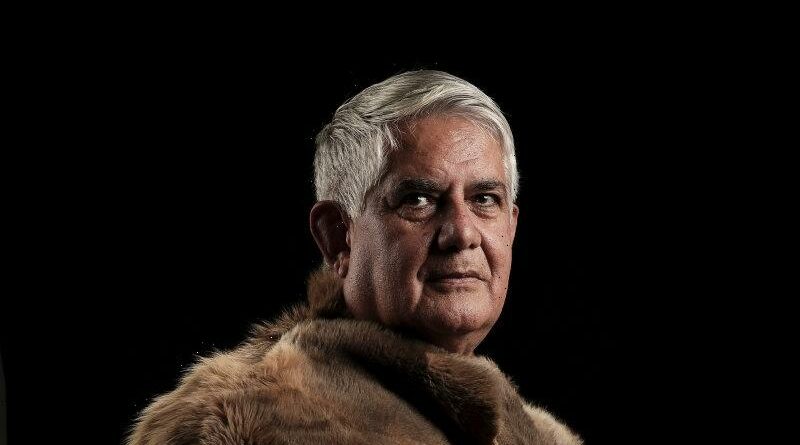 Former Liberal minister for Indigenous Australians Ken Wyatt has thrown his support behind a constitutionally recognised Voice to parliament and the Labor government’s campaign for a referendum.

Wyatt, who had backed a referendum in his early years as minister, says he was forced to be “pragmatic” about legislating a Voice instead as the Morrison government’s opposition to a referendum hardened over time. 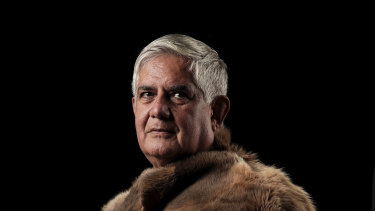 The first Indigenous minister for Indigenous Australians, Ken Wyatt, says he wants to see a Voice enshrined in the Constitution.Credit:Alex Ellinghausen

Asked why he had shifted his position since the May federal election, when he lost his seat of Hasluck in Western Australia, Wyatt said “it’s not a change of position from me at all, you have to be pragmatic as a minister on how to progress legislation when people have diverse views”.

He told this masthead “I want to see an enshrined Voice”, adding “if we don’t give Aboriginal people a Voice, nothing will change”.

Wyatt’s intervention comes after Prime Minister Anthony Albanese on Saturday revealed Australians would be asked if they supported a Voice to parliament and the three sentences he proposed would be added to the Constitution if the referendum succeeded, during a landmark speech at the Garma Festival in the Northern Territory.

A Voice to parliament would provide advice on laws and policies that affect Aboriginal and Torres Strait Islanders but would not be a third chamber of parliament.

A number of Coalition MPs, including Country Liberal senator Jacinta Nampijinpa Price and Liberals Tony Pasin, Claire Chandler and Phillip Thompson, have warned a Voice could divide Australia and demanded more detail about how it would operate.

But Wyatt said “there are a lot of Coalition members that do support it”.

Asked what his message was to Coalition opponents of the Voice, Wyatt said “no government in Australia has provided continuity of advisory structures to Indigenous Australians”.

“They change with every government and we have seen organisation after organisation come and go and the advice they give to make a difference to quality of life never changes. We have to have something that is more permanent so that a minister or government can’t abolish it,” he said.

Liberal MP James Stevens said he was supportive of constitutionally enshrining the Voice, but disagreed with the government’s view that the Australian people be asked to vote in a referendum on the principle without the detail of how it would operate.

“We can’t risk holding a referendum that proceeds to be unsuccessful. That would be a disaster for reconciliation in this country,” Stevens said.

“It’s my view that it’s much more likely to pass if we’re very clear with the people of Australia on what the Voice will be that they are voting to create.

“Whether people like or not, Indigenous Australians have lived on this continent for 60,000 years and they need certainty, they need to be part of the co-designing process at the community and regional level. That includes having an impact on federal thinking for solutions to address the 17 targets for closing the gap.” 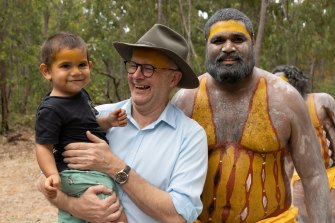 Wyatt said he did not support direct election of representatives to the proposed 24-member Voice and backed the 2021 report prepared by professors Marcia Langton and Tom Calma, which recommends selecting them from regional and local Voice bodies around the country.

However, in an appearance on the ABC’s Q&A program on Monday evening, Indigenous Australians Minister Linda Burney flagged that a directly elected model would be on the table.

“What the Leeser-Dodson [2018 parliamentary] report [on constitutional recognition] said is that the Voice will be representative. The point I was attempting to make was, in fact, that there is obviously – as the prime minister has pointed out – consultations, particularly with First Nations people, that need to be had about the way in which a Voice would be constituted,” Burney told the ABC on Monday.

Prime Minister Anthony Albanese insisted that the detail on how the Voice would work was readily available.

“Hundreds of pages of detail have been worked through by Marcia Langton and Tom Calma – they’re all out there for people to see,” Prime Minister Anthony Albanese told The Project on the Ten Network on Monday night.

Noel Pearson threw his support behind Albanese’s weekend speech on Monday, telling ABC TV’s 7.30 the proposed three-sentence addition to the constitution was “the detail we have been waiting on”.

Pearson, an Indigenous lawyer, academic and land rights activist, said Australia needed to come together behind the proposal.

“I think that this is a modest proposition, modest but profound, capable of being consistent with liberal and conservative thinking.”

Professors Megan Davis and Pat Anderson, who co-chaired the Uluru Dialogue, which produced the Uluru Statement from the Heart that proposed a Voice model, both said more detail on the proposed model would need to be released before the referendum was held. But it would not be necessary for the model to be finalised or the draft legislation prepared.

Anderson said “we won’t have every ‘i’ dotted and ‘t’ crossed before we go to the referendum” but “governments have held referendums in the past without all of the background information”.

“This national conversation is going to require a level of sophistication and maturity. This is an opportunity for Australia to decide what kind of country we are, what our principles and values are. This can change the country, this is nation building, let’s suspend the knocking attitude and lift this debate,” she said.

Davis said there did not need to be a “fully fledged structure” to the proposed Voice before the referendum was put but enough detail so people could make an informed decision.

Both women dismissed claims from opponents of the Voice that there was insufficient detail about the proposed model, pointing to the Uluru statement, the 2019 parliamentary inquiry and the 2021 Langton-Calma report.