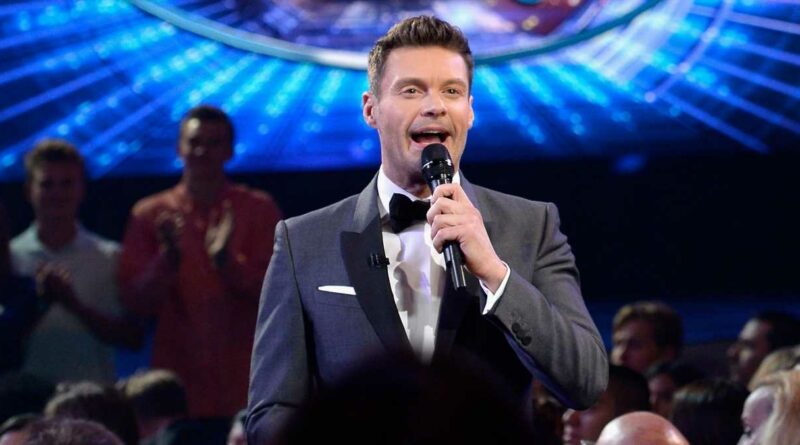 Lol, hi, ever wondered how much Ryan Seacrest is worth? I’ll give you a hint: more than most members of the Kardashian family. Literally name a job and Ryan’s done it—from being an executive producer on Keeping Up With the Kardashians, to hosting American Idol, to launching a skincare and clothing line, to having his very own radio show, to lurking around the E! red carpet and being vaguely awkward at awards shows. Like, no clue how he finds time in his day to juggle all of this when I can barely manage to get through an hour of my work day without taking a “5 minute break” but, damn. Impressed.

Obviously, Ryan doesn’t work this hard *not* to get paid well, so let’s take a tour through his finances and find out exactly what Ryan Seacrest’s net worth in 2021 is. We advise that you do not check your own bank account while reading this, unless you want to end up all:

What Is Ryan Seacrest’s Total Net Worth in 2021?

According to Celebrity Net Worth, that’d be a casual $450 million (up $40 million from 2019), or $75 million per year. To put this figure in perspective, that’s four times Kris Jenner’s net worth. My jaw is on the floor.

Now that we’ve gotten that out of the way, time to answer some specific questions:

How Much Does Ryan Seacrest Make for Dick Clark’s New Year’s Rockin’ Eve?

It might only go down once a year, but hosting New Year’s Eve for ABC makes Ryan so much freakin’ money. According to Forbes, he takes home a $1 million paycheck *just* for this one night of TV—and yep, he’ll be at it again this year.

How Much Does Ryan Seacrest Make for His Fashion Line?

He also has a line of skincare called Polished, but it appears to be sold out at the moment, alas!

How Much Does Ryan Seacrest Make for American Idol?

Ryan became co-host of American Idol in 2002 before getting promoted to solo host in 2003. Obviously, the show did verrrrry well (he initially made about $5 million a year), and in 2009, Ryan signed a $45 million deal (I repeat: $45 MILLION) to keep hosting for three years. Then in 2012, he signed another two-year $30 million deal, and this kept going ’til the show went on hiatus in 2016. He’s currently gearing up to host the 20th season of the show (coming in 2022) and we don’t know how much ABC is paying him—but clearly the approximate answer is “a shit ton.”

Because apparently he doesn’t sleep, Ryan hosts not one but two shows through iHeartMedia: On Air With Ryan Seacrest and American Top 40 With Ryan Seacrest. And in 2015, Billboard reported that his three-year deal was worth a staggering $25 million. The shows are still going and his contract was presumably renewed, so he’s likely making even more circa right now.

Side note: look at Ryan with Grumpy Cat. It’s not at all terrifying!

How Much Does Ryan Seacrest Make for Live With Kelly and Ryan?

Ryan joined Kelly Ripa on her morning talk show in 2017, and Forbes did a little digging when the news was announced. Although Ryan’s exact salary isn’t known, Forbes estimated that Kelly was earning north of $15 million a year when Ryan was hired and that Ryan’s addition would “cost the show a pretty penny.” More recently they reported that Live was “the most-watched syndicated talk show during the coronavirus pandemic” and that Ryan “makes over $10 million” for it.

Honestly, you just can’t put a price on this banter!

How Much Does Ryan Seacrest Make for the E! Red Carpet?

Kay, so it’s unclear how much Ryan earns for Live From the Red Carpet, but the job seems to be an extension of E!’s overall contract with Ryan Seacrest Productions, so keep reading for more on that lucrative cash cow. Here’s an extremely ominous GIF in the meantime:

How Much Did Ryan Seacrest Make for the Kardashians?

Ryan started Ryan Seacrest Productions in 2006, which was responsible for shows like Keeping Up With the Kardashians (and its spin-offs), plus the aforementioned Live From the Red Carpet, Bravo’s Shahs of Sunset, CMT’s I Love Kellie Pickler, and even Jennifer Lopez’s show Shades of Blue over on NBC. It’s tragically unknown what Ryan makes for producing these shows, but Forbes reported that he made $74 million in 2018…so looks like it’s a LOT.

How Much Money Does Ryan Seacrest Have in Real Estate?

Back in 2011 Ryan reportedly bought a home from Ellen DeGeneres for $36.5 million and put it on the market last November for $85 million. On top of that place, he owns homes in Napa, New York City, and Italy. I truly cannot!