When a producer asks Que Minh Luu about the types of programs Netflix might commission in Australia, she gives a simple answer: “You tell me.”

“It’s not so much about the genre,” said Ms Luu, who is in charge of local original content for the global streaming giant. “We want people to tell us what they’re absolutely dying to say in a show that they’ve not been able to say anywhere else. We’re a creator-led company.” 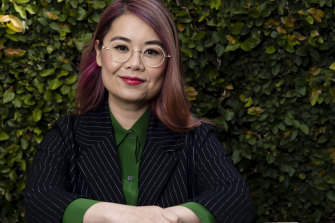 Since joining Netflix in July, the former ABC executive producer has been inundated with pitches.

“My inbox is dead,” said Ms Luu in an exclusive interview with The Age and The Sydney Morning Herald. “I’m meeting as many people and trying to hear as many ideas as I can. Whether it's drama, comedy, unscripted, reality [or other genres], I am genuinely looking at all of it.”

Books, movies, podcasts, theatre shows, magazine articles, even TikTok videos: Ms Luu considers all to be potential source material for original Netflix productions. But she does not want to replicate the prime time offerings of free-to-air broadcasters.

“The networks are doing what they do very well … we don’t want to encroach on that,” she said. “Australian audiences are always in the mood for something new as long as it’s done well.”

There’s something universal in stories that are about growing up or coming into your own.

She intends to announce new content within three to six months but said it is too early to discuss the specifics. Pandemic interruptions notwithstanding, these titles will launch in late 2021 or early 2022.

“[She might commission] three amazing shows or 10 amazing shows,” Ms Bajaria said. “Her job is to make things created by Australians for Australian audiences. We’re not trying to over-manufacture shows for a global audience. The more locally authentic a story is, the more universal it becomes.”

Ms Bajaria describes herself as an Indian woman who grew up in Africa, London, and the US while Ms Luu, who was born and raised in Sydney, is the daughter of Vietnamese refugees. Both say that as children, they rarely saw people who looked like them on TV. 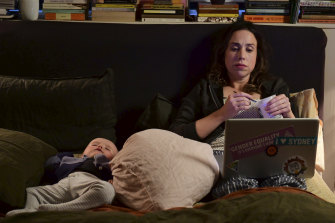 “It’s been heartening to see how Netflix has taken a stand when it comes to inclusion and addressing issues of race,” Ms Luu said. “We want to unearth new voices and perspectives and lean into modern Australia.”

While many TV producers aspire to make their programs “relatable”, few can agree on what this means. Some take a literal approach, basing reality shows on popular activities such as cooking and home renovation; others attempt to capture universal human emotions in storylines or scenarios their audiences may have no direct experience of.

“I think that’s a question of semantics to a degree,” Ms Luu said. “Of course we want to relate to the shows we’re seeing but those stories can come from anywhere, whether it’s a high concept drama or a massive action movie.”

She offers two contrasting examples: the scripted comedy Teenage Bounty Hunters and the German-American drama Unorthodox, which follows a Jewish woman in New York fleeing her conservative religious community to live in Berlin.

“There’s something universal in stories that are about growing up or coming into your own,” Ms Luu said. “They’re relatable no matter where the story is set.”

Since launching locally in 2015, Netflix has made almost 50 Australian titles – a mix of original series such as the eight-part drama Tidelands and co-productions with TV networks including The Letdown, Pine Gap and Secret City.

“I’ve only been in this job for seven weeks,” Ms Luu said. “But we’re hitting the ground running and we intend to invest assertively in local stories.”