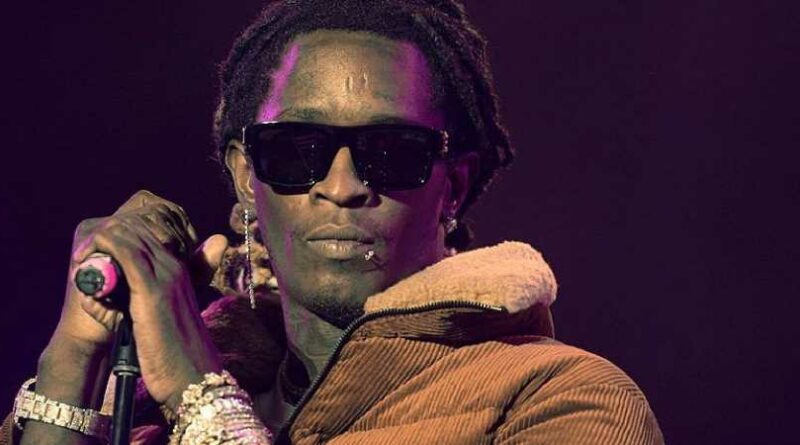 Yung Thug went all out for his pal 21 Savage’s birthday by gifting him a $150,000 custom truck. The pair were celebrating the rapper’s 29th birthday with a Freaknik-inspired party in Atlanta when Yung Thug surprised his friend with the designer car.

Roadshow International, a luxury car dealership located in Atlanta, told TMZ the truck is a Dodge Hellcat TRX, which typically sells for anywhere between $60,000 to $72,000. However, Yung Thug added a variety of features to the ride, explaining why it cost him double the normal price.

For example, bright red truck is covered in daggers – which have become synonymous with 21 Savage’s image, thanks to his dagger face tattoo, which he got as a tribute to his late brother who was murdered years ago. The truck also features a large “21” plastered across the door.

If that wasn’t extra enough, Yung Thug also had 21 Savage’s face stitched into the upholstery of the seats.

Roadshow International added that they only had three days to complete the customizations on the truck. The company wasn’t sure they’d complete the order in time for the birthday celebration, but luckily the truck was finished right on schedule.

21 Savage is known for his love of cars, and the Dodge Hellcat will now join his large collection of rides. According to Autobizz, his most expensive cars include a Lamborghini Urus, which retails for around $250,000 and can reach a top speed of 190mph.

Hip Hip 24×7 notes that this isn’t the first time Yung Thug spoiled his friends with a luxurious gift. Earlier this year, he surprised Gunna with a pink Continental GT Convertible Bentley for his birthday. The ride is worth an estimated $200,000.

Even more recently, Yung Thug presented Drake with a diamond encrusted OVO chain for his 35th birthday. The piece was custom-made by jeweler Elliot Eliantte and features a photo of Drake and his son, Adonis, on the back. Yung Thug gave the Hotline Bling singer the lavish gift during a Cocaine Cowboys-themed party earlier this month.