It's a good day to do something requiring courage, because you've got a lot of moxie today. Your audacity is a force in itself; it's that dash of daring that helps you slide through rough spots and come out squeaky-clean. Other people watch you in action and only wish they could be so bold! Instead of using this up on silly feats of fearlessness that are ultimately pointless, apply it consciously. 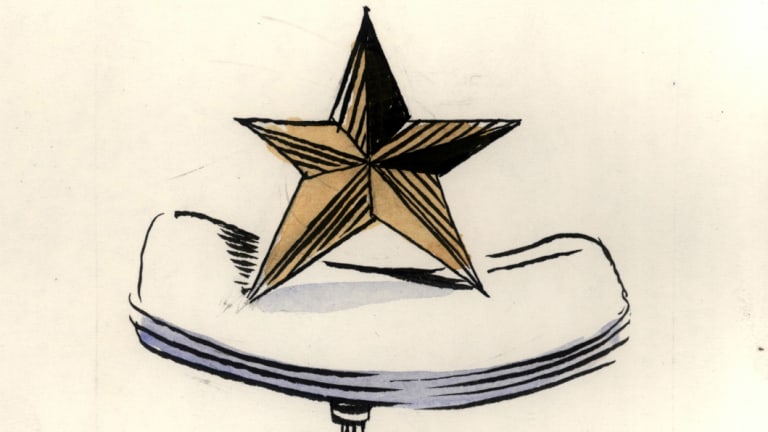 You may be in a situation today in which you have to think on your feet. If so, no worries — your thoughts are quick, and it's much easier than usual to make speedy connections. You'll probably surprise yourself with the things that come out of your mouth! Of course, unrehearsed statements can have a downside, but you're a caring person. If you say something that comes out wrong, make quick amends.

Sometimes you can be indecisive; that's a side effect of being able to see all facets of an issue at once. But today you're focused, direct and self-motivating. If you have something to accomplish, you shouldn't have any trouble getting started. You have to do something with all that energy, after all! Following through on a project might be a different story, but you can cross that bridge when you come to it.

You've got plenty of energy and power today. But it's the flash-and-burn type of energy, so take frequent breaks to make sure you don't crash. If you practice any calming discipline like meditation or yoga, these will be especially handy under the current influence. Even if you feel as if it's impossible to channel your thoughts and your spirit, the mere attempt to do so will help in itself.

Yours is the sign of the lion, and today you're truly the king or queen of the jungle. Let the world hear your proud roar! You may have a chance to perform an act of bravery, however big or small. Even drawing on your boldness in minor ways, such as talking to someone new or trying a new exercise class at the gym, feeds your inner courage, making it flare to life.

The world gets heated up and passionate today. Will you be lured by that siren's call into making spontaneous, even reckless moves? Or will you ignore it in favour of your usual plans and logic? It's up to you. But sometimes, it's a good idea to let your hair down, just a little. On the other hand, when the energy from the cosmos is this unpredictable, caution may be best after all!

People may not realise this about you, since you're such a cooperative person, but you're a natural leader. Today, this part of your personality is activated. While someone else might respond to the current energy by trying to dominate others, you're more likely to take charge in a teamwork-oriented way. If you're in charge of a group project, it's a savvy move to let others have as much autonomy as possible.

Raw energy pulses through your veins today. Though normally you're a planner, now you're much more impulsive. Hasty words or deeds could lead to problems, especially in formal or professional settings. It's important to maintain your positive connections with your clients or employer, not to mention your friends, coworkers or spouse. It may be a good idea to get a vigorous workout, to burn off some of that excess energy!

Today, you're utterly fearless. You have the fire of conviction burning within you — or at least the fire of audacity, which can pass for conviction in a pinch. This is the kind of day when you can create success almost out of thin air, simply by being bold. Uncertainty and hanging back won't get you anywhere, but that shouldn't be an issue. Courage is yours, so put it to good use!

Today you're willing to push hard for what you want. That may be appropriate in some situations, but not in others. That makes it especially important to choose your battles carefully. Don't let the current influence turn you into a bully! Instead, tap into your natural sense of honour and practicality. Let these qualities guide you in doing the right thing. That way, you'll be fierce competition in the proper setting.

Today you're motivated to accomplish something big — something bold — something that requires a lot of courage and grit. This is the sort of energy that pushes you to climb a mountain or bungee-jump off a cliff. You're suddenly aware that your abilities aren't nearly as limited as you might have thought. Use this in whatever you're trying to achieve, even if it isn't as flashy as a test of your physical prowess!

You're filled with a spirited sense of adventure today. This is an energy source you can tap into and use to your advantage. But be aware that you might also run up against people who are reckless and spontaneous, people whose energy is even more powerful than your own. A very interesting dynamic could result! At least it should be fascinating, even if it's a bit intimidating. It might even inspire you.