Home » Lifestyle » You've been using your advent calendar all wrong! 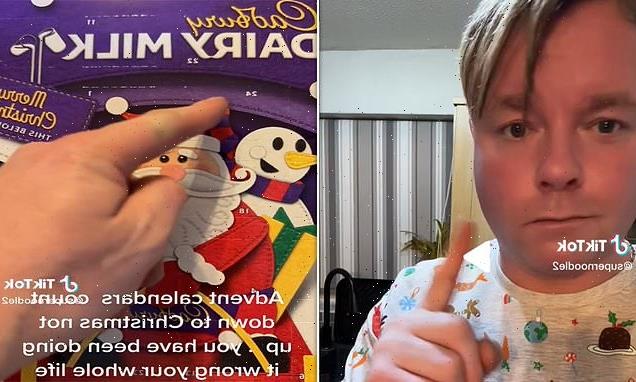 You’ve been using your advent calendar all wrong! TikToker sparks controversy with ‘correct’ method of opening the windows

A TikToker has caused controversy by claiming we’ve been ‘doing Advent calendars wrong our whole lives’.

Going by username @supernoodle2, the father – believed to be from the West Midlands – went viral after a sharing a video of how he tackles the countdown to Christmas.

In the video, which now has more than 39,900 views, he opened number 24 first on his Cadbury Dairy Milk chocolate advent calendar, writing: ‘Advent calendars count down to Christmas, not up.’

But social media users weren’t convinced – and many rushed to question the concept.

It comes as chocolate fans were left confused by this year’s Heroes advent calendar after struggling to find the number one door to open.

People were quick to question the concept of starting at number 24 on the calendar, pointing out that the more luxe gifts in a lot of Advent calendars only appear towards the end of the month.

Another simply said: ‘No way.’

A third poster pointed out: ‘When I opened number one it says 24 sleeps.’ 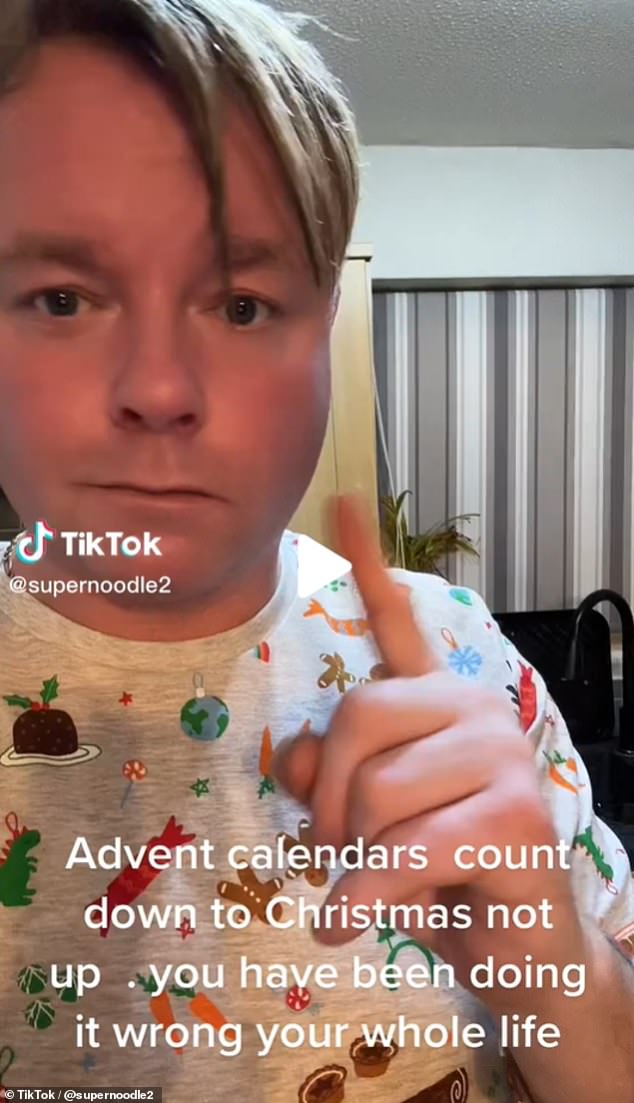 The British TikToker went viral after sharing a video – which now has more than 39,900 views – showing himself starting the festive tradition at number 24 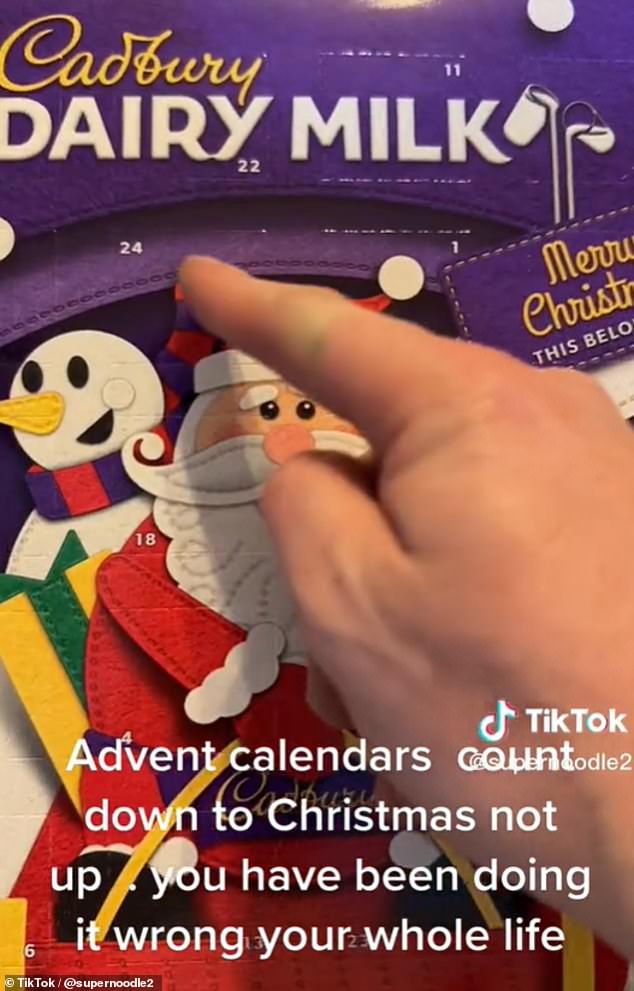 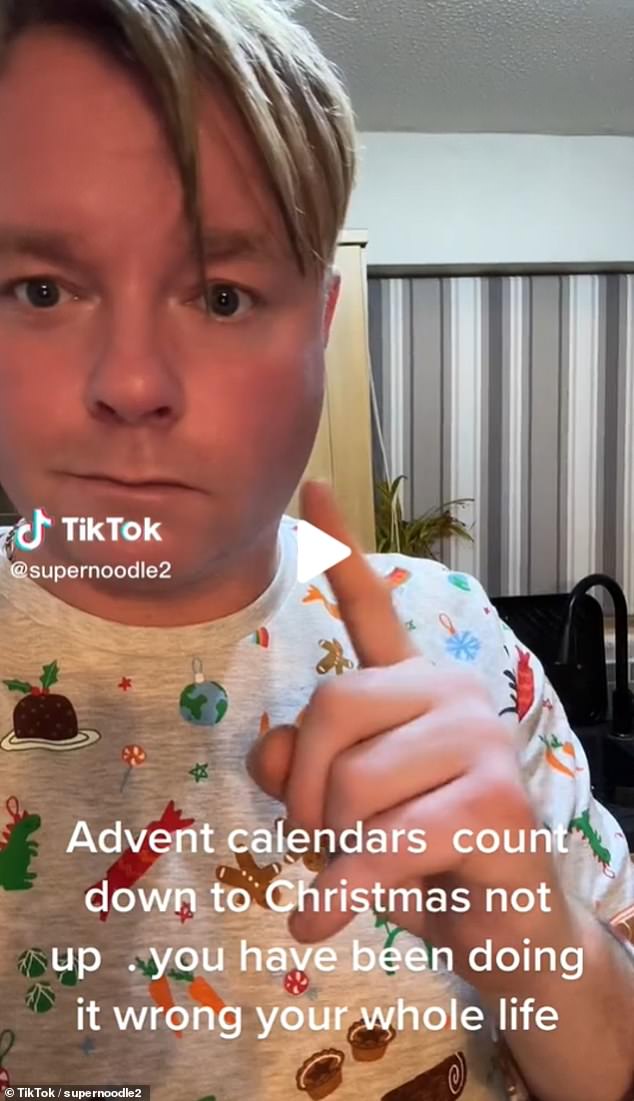 The TikToker, pictured, insisted that the calendar should start from the latest date down and go up to the first

One commenter also said they have 25 doors – meaning they would ‘still be eating Advent chocolates come Boxing Day’.

Meanwhile, others have been struggling to find the first door on the Cadbury Heroes Advent Calendar.

Cadbury fans took to Twitter scratching their heads – with some joking they they ‘wanted a refund’.

Following a baffling search for the first treat, customers eventually spotted the text on the first door.

It turns out, the number one was printed on a Twirl wrapper in a similar shade of dark purple – leaving it near impossible to see.

Luckily, some eagle-eyed chocolate lovers posted snaps of their advent calendars to point out the location of the secret door.

One person wrote: ‘anyone else having trouble finding the #1 on their Cadbury’s Heroes advent Calendar..? Just got home and spent 30mins looking for the fugger!’

Another said: ‘I am not happy with Cadbury’s heroes this year. I looked at my calendar wondering where door number 1 is? And it is purple font hidden on a purple twirl wrapper. I am sure that it is not only me with this problem. I AM NOT HAPPY!’

Someone else replied: ‘Omg thank god you pointed that out. I couldn’t find it and thought I was going mad!’ 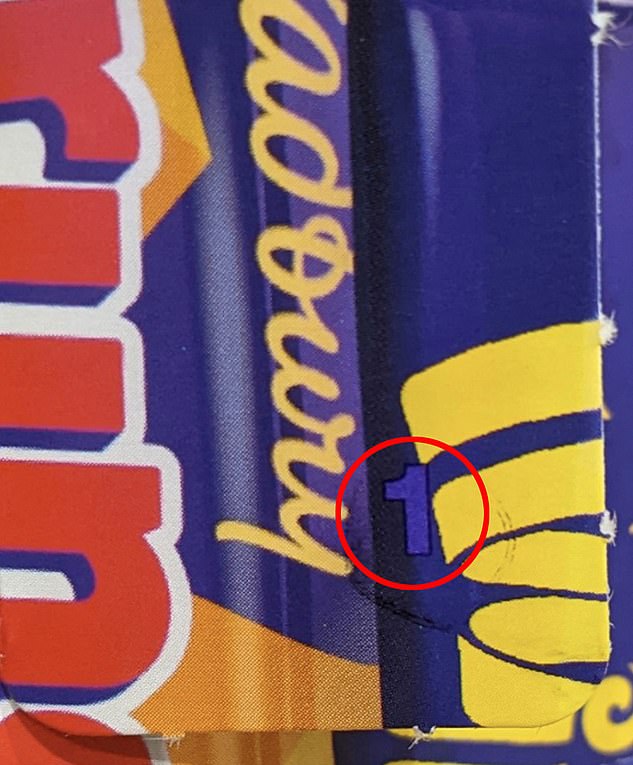 Following a baffling search for the first treat, customers eventually spotted that the text on the first door had been printed in dark purple – leaving it near impossible to see