Home » Lifestyle » Zac Efron ‘Is Crazy About’ New Girlfriend Vanessa Valladares: He ‘Can’t Wait’ For Her To Meet His Family

Zac Efron and Vanessa Valladares are still going strong since they met this past summer in July, and now the actor ‘can’t wait’ for his girlfriend to meet his family.

Things are heating up between Zac Efron, 33, and his girlfriend Vanessa Valladares! The two have been spotted out on numerous occasions throughout Australia and seem to be inseparable since they first met in July. A few sources close to the hunky actor told HollywoodLife EXCLUSIVELY that Zac is “crazy about” the aspiring model and revealed where things stand now between the pair.

“Zac is crazy about Vanessa and he loves that she’s not from the Hollywood scene, but still fits in so comfortably with any crowd,” one pal said. “She’s so down to earth and really doesn’t care about impressing people because she has such a laid back personality and doesn’t stress over the details. Zac can’t wait for Vanessa to meet his family in person back in the US because his family means the world to him.” The High School Musical star hails from San Luis Obispo, CA and is known for the close bond he shares with his dad David, mom Starla, and brother Dylan. 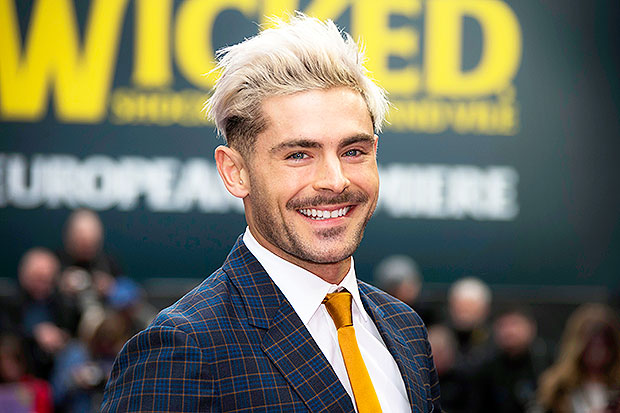 “Even though Zac already knows they’ll adore Vanessa and he’s talked plenty about her to them, he wants them to actually meet her because their approval is everything to him,” the source continued. “Zac will star in Three Men and a Baby but production hasn’t started yet and things are still up in the air. It hasn’t been decided where filming will take place so Zac doesn’t know where he’ll need to be when it happens. He and Vanessa don’t know whether or not she’ll come with him when he films if it’s somewhere other than Australia, or if she’ll stay behind while he shoots, but nothing is finalized at the moment.”

“Zac had been a celebrity for so long that his time with Vanessa and being in Australia has been such a breath of fresh air,” a second insider added. “He feels safe. He’s loving every minute with her because it is easy and he isn’t being chased around like he would be chased in the states. What is grounding him right now is Vanessa. She treats him like a regular human being and they laugh and love each other. He is in a really great spot in his life and Vanessa is really a major reason for all of it.”

Engagement rumors sparked after Zac surprised Vanessa after his star-studded 33rd birthday party in Byron Bay with a ring that was specially designed for her. But a friend of the A-list actor said, “Zac is very, very happy with Vanessa but they’re not engaged. He’s definitely serious about her but he’s also very level headed when it comes to big life decisions. That’s not to say it couldn’t happen down the road because he definitely seems to be in love, he’s very serious about her. He’s told everyone how great she is and how she’s exactly what he’s been looking for, but no one is expecting him to run off and get married quite yet.”

Another source added, “Zac has craved the life of a ‘normal’ person for quite some time now. He hasn’t wanted to be a part of the public eye and it’s no surprise he’d date someone who’s not a celebrity. He’s told friends for years now he just wants to live on an island and surf and not be bothered by paparazzi and he’s living out his dream. He’s also been quite choosier with any work he’s taken because he just wants to live a slower paced lifestyle after being a star at such a young age. He figures he’s got the money to relax and do what he wants, so why wouldn’t he?”

Although they have been keeping their romance very private, Zac and Vanessa appear to be going strong since they first met in July. Zac, who went to Australia to escape the pandemic in the United States, had been spending time with friends in the Byron Bay area when he met Vanessa, who was working as a waitress at one of the local restaurants. The two absolutely fell for one another and this budding relationship may flourish into an everlasting romance.