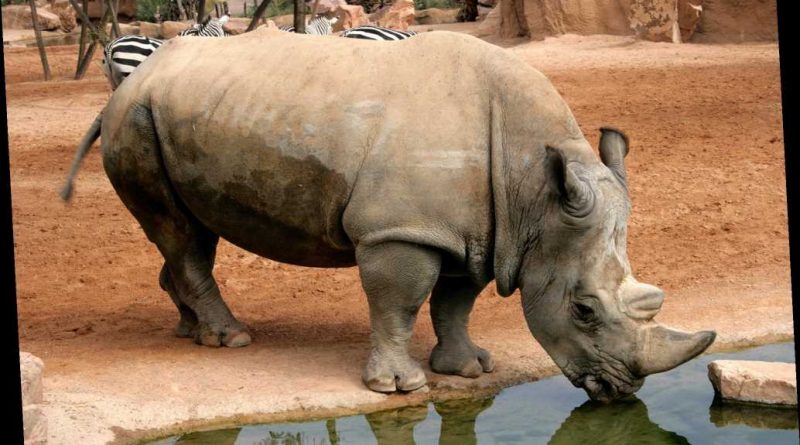 Officials at Zoo Miami announced Friday in a Facebook post that Toshi — believed to be the oldest Eastern black rhino in North America and second-oldest in the world — was euthanized.

Ahead of his death, Toshi suffered from several ailments – including arthritis. Although the ailments were being treated with medication, the treatments became less and less effective over time, which led to the difficult decision to euthanize Toshi.

In recent weeks, Toshi experienced dramatic weight loss and lethargy. Following several tests conducted by the zoo's animal health and animal science teams, no conclusive answer regarding the cause of Toshi's weight loss was found.

Zoo officials eventually decided to immobilize Toshi to conduct more tests. After he awoke from the procedure, there was once again no further information about his drastic health decline.

Toshi's condition continued to "ebb and flow" until last Thursday night, when the rhino struggled to get up. After deducing that Toshi no longer had hope for recovery, his caretakers decided to euthanize him.

Toshi was born in April of 1977 in Hiroshima, Japan and arrived at Zoo Miami (then Miami Metrozoo) in April of 1983, traveling overseas by ship. Over time, he became one of the zoo's most beloved animals thanks to his large size and gentle behavior.

At the time of his death, Toshi was a great-grandfather.

Toshi's death comes less than two weeks after Zoo Miami euthanized Pongo, a 12-year-old male giraffe that suffered a foot fracture that could not be treated.

Pongo — who was born in February of 2009 at the Denver Zoo and arrived at Zoo Miami in November of the same year — experienced increased pain in his left rear hoof due to a previous fracture. The giraffe was fitted with custom shoes that temporarily alleviated the pain, but the shoes eventually detached and Pongo re-injured his hoof.

Pongo was euthanized on the morning of Jan. 4 while under anesthesia, which Zoo Miami Communications Director Ron Magill called a "painful decision."

Zoo Miami opened in 1980 and is the largest zoo in Florida and the fifth-largest in the United States. It is home to over 3,000 animals representing over 500 different species.