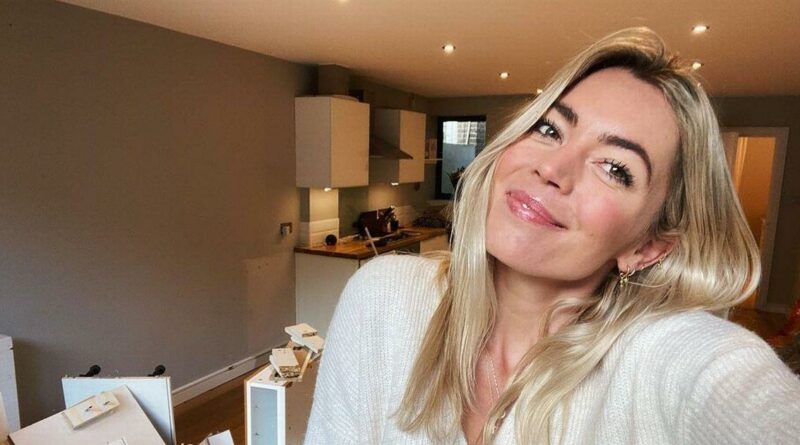 Danni Menzies has spoken of her ordeal at being taken out by a stolen moped and revealed she plans to take a break from social media.

The A Place in the Sun presenter took to her Instagram Stories on Monday (October 3) to update her followers and explain why she may be quieter on the social media platform over the coming days.

Sharing a snap of the damaged moped, the beauty told her 103,000 followers how she plans to take a break from social media following the experience.

READ MORE: A Place in the Sun's Danni Menzies wows as she shows off toned figure in teeny bikini

Writing to her fans, Danni, 33, said: "Soooo… On Saturday I was taken out (on the pavement!) by a stolen moped that lost control.

"Didn’t see it coming and it’s not looking pretty right now tbh. I’m sure I will be fine in a few weeks but in the meantime I will be a wee bit quiet on here."

The photo showed the damaged vehicle on its side as members of the public stood around in shock.

Danni's crash comes following an announcement she is set to step down from her role on A Place in the Sun, after six years starring on the Channel 4 series.

The Scot will appear on the show for at least another year before she bids farewell to viewers for the final time, with the series filming multiple episodes in advance.

It means A Place in the Sun fans will still see Danni alongside presenter Jean Johansson and the other hosts for a bit longer.

A Place in the Sun first aired in 2000 and has since gone to help hundreds of British couples find properties abroad.