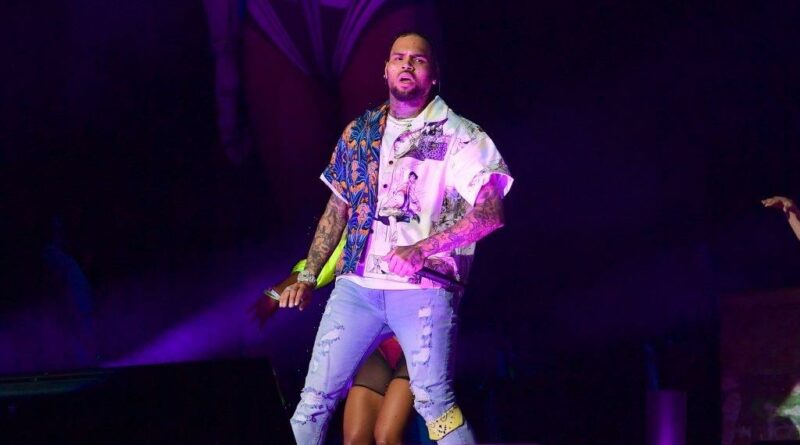 Chris Brown is once again facing accusations of violence against women. According to a new report, he’s being sued for $20 million by a woman who alleges that he drugged and raped her in 2020. But this isn’t the first time Brown has been in this kind of trouble.

Chris Brown allegedly drugged and sexually assaulted a woman in 2020

According to XXL Magazine, Chris Brown is currently being sued for $20 million by a woman in Florida. The woman alleges that Brown raped her on a yacht that was parked near Sean “Diddy” Combs’ house in Star Island, Miami. The woman also claims that she didn’t report the assault before now because she was a medical student at the time of the alleged incident, and she was “embarrassed” that this had happened to her.

Further according to the complaint, the woman — whose name has not been released — claims that Brown slipped a drug into her drink. She claims that she felt “a sudden, unexplained change in consciousness” and was “disoriented, [and] physically unstable.” It was at that moment that Brown allegedly removed the bottoms of her swimsuit and raped her.

The victim claims that she told Brown to stop, repeatedly, but he wouldn’t listen. As of press time, neither Brown nor his representatives had any comment about the matter.

This isn’t the first time that Chris Brown has either been accused or convicted of a crime involving violence against women. His first assault charge came in 2009, when he and his then-girlfriend, Rihanna, got into an altercation that ended in violence. Rihanna’s face was visibly bruised and swollen after the altercation. According to Rolling Stone, Brown was charged with battery and ultimately sentenced to probation. He completed his probation in March 2015.

Then, according to People, in March 2011, Brown interviewed with Robin Roberts on Good Morning America. During the interview, Roberts asked Brown about the assault against Rihanna. In response, Brown allegedly stormed off the set, tossed a chair, and crashed it through a window of the GMA offices.

In February 2012, Brown got into an alleged altercation with a woman named Christal Shanae Spann. Per CBS Miami, the police report revealed that Spann was trying to take a photo of Brown as he was leaving a Miami club. Brown allegedly snatched the phone from her hands.

More assaults — including a threat with a gun

He assaulted another woman named Deanna Gines in June 2013. This time, Brown was in a nightclub in Orange County, CA, when he shoved Gines to the ground. She suffered torn ligaments, and would ultimately require knee surgery. But the Tampa Bay Times reports that the charges were ultimately dismissed.

Chris Brown then assaulted yet another woman in September 2015. This time, he was in Colorado. And he forcibly ejected a woman from his tour bus when she refused to relinquish her cell phone. NME reports that Brown called the allegations “hilarious.”

He punched a woman in the face in Las Vegas in January 2016 after the woman tried to take a picture with him, per the NY Daily News.

In May 2016, Nancy Ghosh claimed that Brown threatened her with physical violence, which forced her to cut ties with him. Just two months later, he was accused of threatening a woman with a gun in Los Angeles. Per the BBC, he was arrested for the threat.

Brown was also accused of rape in 2019

According to People, Chris Brown was accused of rape in January 2019. At the time, the singer was detained in Paris to answer for the charges.

Brown then took to social media to deny the claims. “I WANNA MAKE IT PERFECTLY CLEAR…… THIS IS FALSE AND A WHOLE LOT OF S***!” he wrote over a photo that said “This B**** Lyin’.” “FOR MY DAUGHTER AND MY FAMILY THIS IS SO [DISRESPECTFUL] AND IS AGAINST MY CHARACTER AND MORALS!!!!!”

As of this writing, that rape case is still pending investigation.

How to get help: In the U.S., call the RAINN National Sexual Assault Telephone Hotline at 1-800-656-4673 to connect with a trained staff member from a sexual assault service provider in your area.