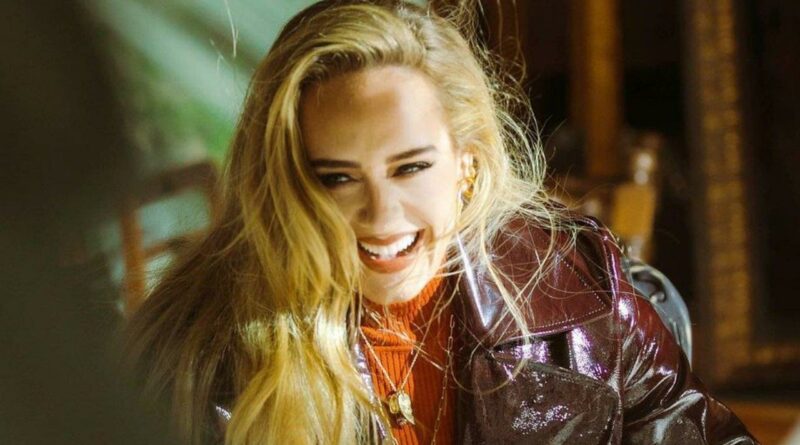 After sending a snippet of her singing her record-breaking new track to three of her closest friends, the ‘Someone Like You’ hitmaker reveals that one of her best pals told her to ‘keep trying.’

AceShowbiz –Adele has revealed how her friends reacted to her record-breaking new single “Easy On Me”. In a new interview, the “Someone Like You” hitmaker said that three of her “closest friends” didn’t like her new track when they first heard it.

“I sent a snippet of me singing it as I was writing it to three of my closest friends here,” the 33-year-old songstress said when speaking on the BBC Radio 1 Breakfast Show with Greg James. “One didn’t like it, the other one was like, ‘Well, yeah, maybe, keep trying though.’ “

Adele went on to add that that one friend was too busy with work to even listen to the track. The “Turning Tables” singer shared, “That was the perfect response for me.” She then explained to Greg, “I’m such a knee-jerk person. I’ll be like, ‘I don’t like it, forget it!’ I’m like that with my music.”

“I’m like that with just things I want to do. I’m like that with my feelings and stuff and I think it was clear to them [her friends] in the lyrics that I’ve bided my time and I wasn’t reacting to a reaction or anything like that,” Adele said. She then concluded, “It was just a feeling that I had stirred on for a while.”

Elsewhere in the interview, Adele shared that Drake was one of the first people in the world to hear her new album “30”. She told Greg, “I played it to Drake last year when he was in town and I was like, ‘Is this what people want, or not want?’ And he said, ‘Absolutely,’ but that’s it really.”

Adele went on praising the “Hotline Bling” hitmaker, “Drake’s obviously incredible and amazing as well as being my mate.” She explained, “But I don’t send it around to various people being like, ‘Can I get your thoughts on this?’ “

“It’s always about how it makes me feel, quality control is my forte, and I can write a song about my own experiences and my own life,” Adele elaborated. “People certainly aren’t waiting for a club banger from me.”

Following the song release, Drake gave a shoutout to Adele on his Instagram account. He penned, “One of my best friends in the world just dropped a single… WOIIIIIII.” Other musicians also complimented Adele’s new single. “Of course this is what u put out today when I am struggling,” wrote Tamar Braxton, while Tyrese Gibson gushed, “You are the gift that keeps on giving….Thank you for bringing your gifts back to music…. We all missed you so much!”