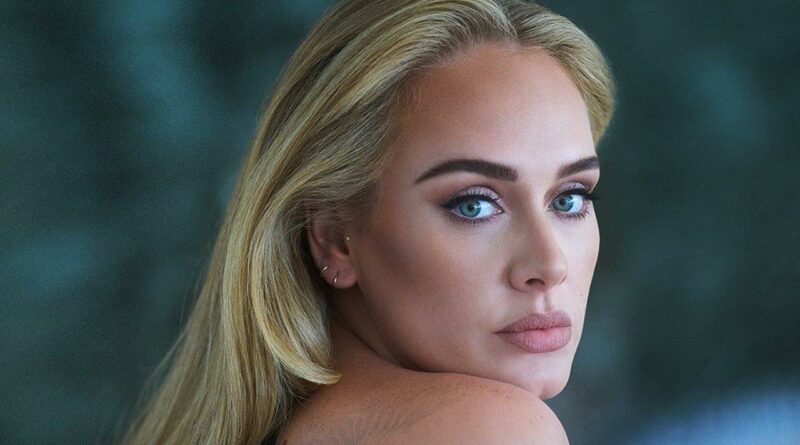 The ‘Easy On Me’ hitmaker leaves her fans disappointed after she unveils the lineup for her upcoming show in London while remaining silent on her delayed January gig in Las Vegas.

AceShowbiz –Adele has left her fans disappointed. The “Easy On Me” hitmaker angered her loyal supporters after she revealed the lineup for her upcoming Hyde Park show while remaining silent on her postponed Las Vegas residency.

Taking to her Instagram page on Thursday evening, June 23, the 34-year-old chart-topping singer shared her excitement about her upcoming concert in London. Along with a black-and-white photo of her featuring other performers, including Mahalia, Gabrielle, Kacey Musgraves and Tiana Major9, she wrote, “The line up for my Hyde Park shows next week is going to blow your socks off!!”

“An all female bill, from new artists that I’m obsessed with to the heavenly @spaceykacey to one of my favorite artists of all time @gabrielleuk who I’ve loved since I was 4!!” Adele continued. “It’s going to be incredible, there’s a whole host of us performing all day, I can’t wait to share the main stage with you ladies [black heart emoji].”

Shortly after, Adele’s disgruntled fans were quick to take to the comments section to ask the “Hello” hitmaker about her Las Vegas residency, which has been hit by a string of delays. “Are you kidding me? And you still are quiet about Vegas? I’m disappointed in you,” one person commented with another fuming, “ARE YOU COMING TO LAS VEGAS OR NOT?”

“Damn, Adele so I guess its f those that purchased tickets for Las Vegas,” a separate Instagram user added. A fourth wondered, “What about the residency dates????” Another person stressed, “What about the Vegas shows? It has been months and no update!”

Someone else left a lengthy note, “Ok but what about Vegas? It has been 5 months and literally not a single acknowledgement from you or your team as to what the plan is for this.” The said person continued, “I’m very disappointed in the way you have treated fans who paid a lot of money to travel to see you. You have shown you have zero respect for people or the financial situations you have gotten people tied up into with a show that you knew was never going to happen.”

The post came after a source told The Sun that several of her residency team had been told to go home until September. The scheduled run is believed to be worth $150 million to the Grammy-winning artist.

Adele first announced the postponement of her gig at Caesars Palace in Las Vegas in January. At the time, she tearfully said in an Instagram video, “I’m so sorry, but my show ain’t ready. We’ve tried absolutely everything we can to put it together in time and for it to be good enough for you, but we’ve been absolutely destroyed by delivery delays and COVID.”

Adele later promised to reschedule, and assured fans, “It is absolutely 100 per cent happening this year.” She added, “Imagine if I have to cancel because I am having a baby!” Then in February, Adele vowed that her Sin City run “has to happen this year.” There also had been rumors that she may move her performances to nearby Planet Hollywood, but it has shows booked until nearly Christmas.