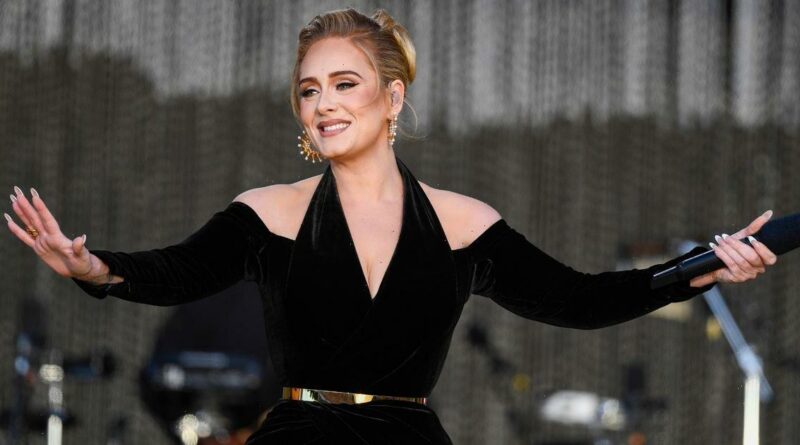 Adele has revealed she cried her "heart out with anxiety" ahead of her major lifestyle change, shedding an estimated seven stone.

The power vocalist who is currently headlining several nights at BST Hyde Park's festival said she "felt terrible" after discovering some of her younger fans were upset by her weight loss.

Showcasing her slimmed-down frame, the songstress posed on the cover of Vogue Magazine, as well sharing several snaps, including a bikini picture with her Instagram followers.

READ MORE: Adele's eye-watering earnings as Someone Like You singer headlines Hyde Park

Now, in a rare interview, the I Drink Wine singer hit out at claims she lost weight due to the pressures of society and a showbiz lifestyle.

Speaking on the BBC's Desert Island Discs, the 34-year-old said: "I understand why the press were fascinated by it.

"I didn't share my journey in the way that everyone else does, most other people would have a DVD out by now, I did it on the quiet for myself."

The mum-of-one went on to add: "But I felt terrible for some people that felt other people's comments meant they weren't looking good or that they weren't beautiful.

However, she stressed that the pressures of society had nothing to do with her decision, explaining: "There were some other people that felt very betrayed by me, like, 'Oh, she is giving into the pressure of it', which didn't really bother me.

"Because, like, you ain't holding my hand at night at 4am when I'm crying my heart out with anxiety and needing a distraction and stuff like that.

After transforming her life, losing weight and also making the decision to start dating again after divorcing her ex-husband, she said: "I don't put myself in situations anymore that drain me.

"I'm going to walk away from it, I choose people very, very carefully now who are in my life."

Despite divorcing the father of her son, Simon Konecki, it appears that Adele and Simon are still pals after he was snapped sitting alongside her new boyfriend Rich Paul at her Hyde Park shows.

The pair were snapped sitting alongside one another with Simon and Adele's son, Angelo, nine, in a swanky VIP area.

During the opening night of her three gigs in what's considered the Queen's back garden, she thanked a mutual pal for introducing her to Rich, who she says she is "obsessed" with.