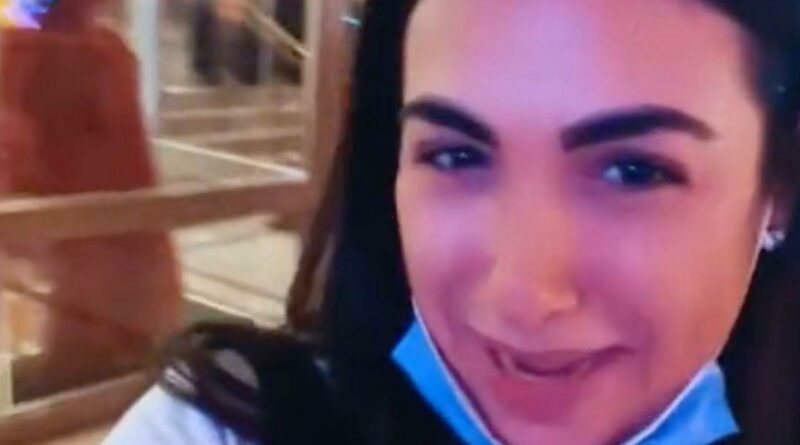 An Adele fan has been on an unfortunate adventure after trying to watch her perform live at concerts – with each gig getting cancelled.

Eleni Sabracos shared her story on TikTok hours after the Grammy award winning singer postponed the start of her residency in Las Vegas before her first performance in 2022.

The die-hard fan said she made three attempts to go to Adele's concerts and failed each time.

In her viral video, she explained: "I wanted to see Adele in Madison Square Gardens so I bought it from Craigslist but they were fake tickets, so that's my own doing.

"So I bought tickets to her show in London and I flew to London and this is not your average tickets – it's the golden circle tickets!"

She even showed proof of the ticket receipt and a seating plan of Wembley Stadium, showing how close she would have been to Adele.

"And she cancelled her show," a disappointed Eleni continued.

"Mind you I risked my life flying in this cardboard airplane called WOW Air that is now discontinued.

"After the show got cancelled and I went to get my food and this was my Uber driver – Adeel."

Before she flew across the pond from US to London, she had made some T-shirts with a logo saying "I love Adele like Adele loves Beyonce" but she didn't get a chance to give it to the superstar.

Eleni then revealed in Christmas 2021, her brother surprised her with Adele tickets to Las Vegas.

She said: "I'm in Vegas right now and Adele cancelled her show… again!

"Why? I just want to give her these shirts and drink whispering angel together."

But on Thursday when she walked to Caesar Palace, where the residency will take place, she got to talk to Adele on FaceTime.

Adele promised to "see her in real life" and thanked Eleni for making a T-shirt for her.

Adele posted on Thursday a heartbreaking video in which she told fans that she'd been forced to postpone her upcoming Las Vegas residency hours before she was set to go on stage.

She apologised to her fans and said "my show ain't ready".

Get the latest updates on all the things TV and showbiz by signing up to the Daily Star showbiz newsletter.