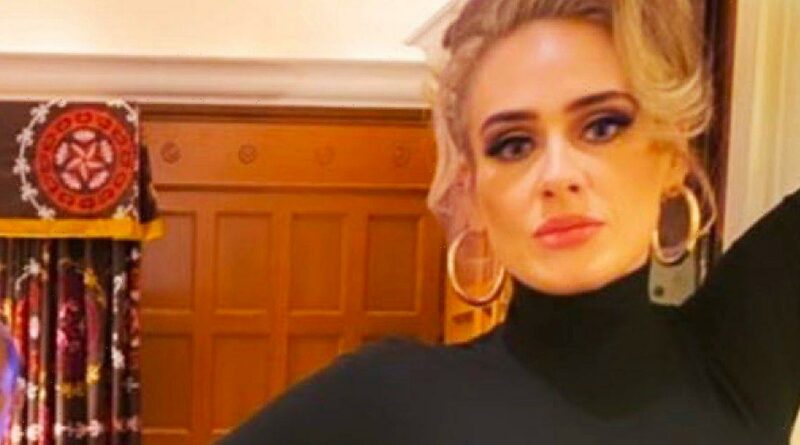 New childhood pictures of Adele and her late father, Mark Evans, have emerged following his death from bowel cancer this week at the age of 57.

In them, Adele appears to be about eight or nine years old, as she and her dad smile in the photo which was taken in a park.

Although the throwback pictures documented happier times, things were not always like that and it's reported that they had a strained relationship.

The pair did not have the best of relationships and the singer's dad was said to have left her and her mother Penny when she was three years old.

Sources say that Mark tried to repair their estranged relationship but it was unfortunately too late.

A source told The Sun: "Mark's family are of course very upset by his passing.

"He always hoped things would work out with Adele, but it remained acrimonious to the end.

"He made a few attempts to make things right, but clearly it had been too long."

In previous interviews, Mark Evans had admitted that he was an alcoholic when he left Adele and her mother and in 2012 he revealed his anguish at the thought of never seeing his grandchildren following the announcement of Adele's pregnancy of her first child.

Speaking to the Mirror, he said: "My first reaction was a surge of happiness for her. But as we chatted about how Adele had told [his mother] in person, it dawned on me that my daughter hadn’t wanted to tell me herself.

"My happiness for her turned to gloom because I realised I really was out of the picture as far as she is concerned.

"I would have loved so much to have been able to hold her in my arms and tell her how happy I was for her.

"I want more than anything to be part of her life again and to be a big part in my little grandson or granddaughter’s life. I’m having to face up to the fact that I may never get to know my grandchildren and it is breaking my heart."

Adele recently celebrated her 33rd birthday with a series of pictures posted on her Instagram simply captioning the pics: "Thirty free."