Iconic in the wizarding world of Harry Potter and completely badass in Die Hard, the late Alan Rickman had a penchant for keeping collections of communication and personal diaries. If you’ve got a spare few quid knocking around, those items are now officially for sale.

A fan-favourite among many Potter lovers, his role of Severus Snape is both touching and sinister. However successful the franchise came to be, it wasn’t always smooth sailing behind the scenes, which has been revealed in some of the actor’s notes (via Neil Pearson Rare Books). 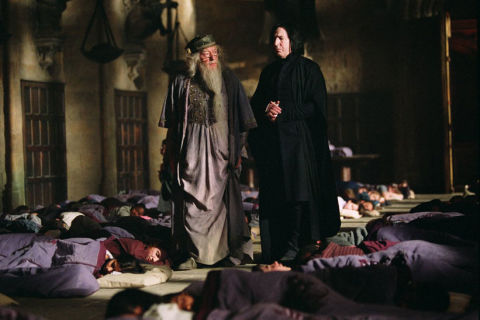 Reportedly, a note from Potter producer David Heyman reads: ‘Thank you for making HP2 a success. I know, at times, you are frustrated but please know that you are an integral part of the films. And you are brilliant.’

During production of The Half-Blood Prince nine years ago, Rickman had titled a piece ‘Inside Snape’s Head’ which may reference creative differences onset: ‘It’s as if David Yates [the director] has decided that this is not important in the scheme of things i.e. teen audience appeal.’

Rickman’s currently on-sale collection has been assembled by actor Neil Pearson, who worked alongside Alan’s family in the process of doing so. Pearson told The Mirror: “It’s a fabulous collection. There are 35 boxes of it – there is the Truly Madly Deeply script in there and Robin Hood Prince Of Thieves is in there.

“Every single script of a play or film, all of his diaries and a massive amount of correspondence from pretty much every one you’ve ever heard of.”

The collection was presented at the ABA Rare Book Fair.