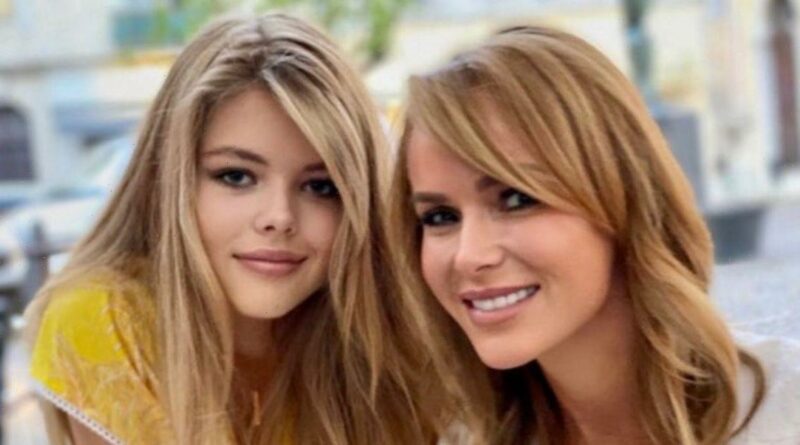 Amanda Holden’s daughter Lexi is reportedly expected to make £1million in her first year of modelling after being snapped up by top modelling agency Storm models.

The company, who have catered to big names such as supermodel Kate Moss, are said to have scouted Lexi after seeing her on Amanda’s Instagram profile.

In a new interview, Amanda joked that she would love to become a “momager” like Keeping Up with the Kardashians star Kris Jenner.

However, it was Lexi’s decision alone to sign with the agency, despite some interest from other competitors.

“They came after her and they're very lovely and nurturing and it will be a soft, slow thing and she won't do anything until she's 18 but they want her and that's what she wants to do.

"I have to say there was quite a number of them and there's such a different mindset to how you might think modelling agencies look after the young, but they are very nurturing and very caring, all of them.

Insiders have suggested that Lexi could be set to net as much as £1million in her first 12 months, thanks to her mum's profile and a string of big name brands lining up to work with her.

It was reported in December last year that the modelling agency was hoping to sign Lexi.

A source told The Sun at the time: "Amanda has been in the industry for years and knows exactly what she is doing.

"She's business savvy in her own right so with Storm on board it's the dream combo.

"The plan is for Lexi to meet with a number of heavyweights of the next few years and make a name for herself.

"Love Island stars can command six figure deals for a single collection and with the offers coming in thick and fast for Lexi, it's no exaggeration to say she could easily land countless deals of that value within a year."

Elsewhere, the budding model’s mother has revealed that she has become “more self-assured” as she gets older, especially since her recent 51st birthday.

A source close to the radio host has confirmed that Holden feels “better about her body than ever”, “loved being in a bikini for a week” and is “feeling confident and fully happy”.

Amanda celebrated her milestone birthday in Dubai and shared her experience on Instagram to her whopping 1.8 million followers.

The star was seen reclining poolside and enjoying herself on the getaway with her husband Chris Hughes and their children.

She has recently put her natural beauty down to her inherited “big cheeks and good jawline”, which has earned her the nickname Mandy Button, a play on the film Benjamin Button.