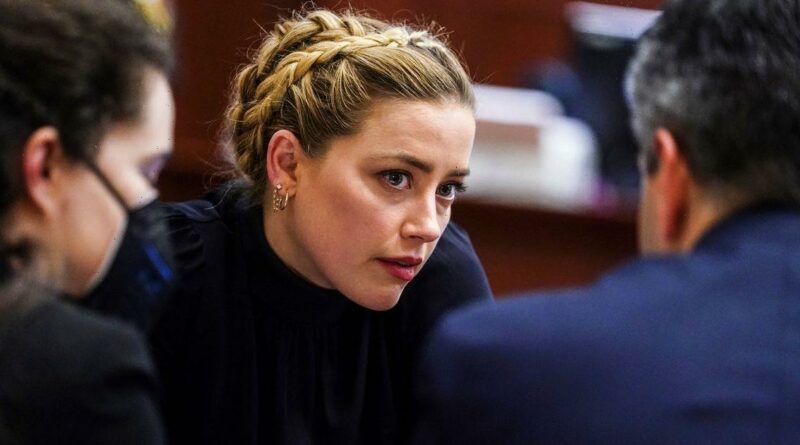 Kate James, who worked for Heard, 35, for three years while she said she was in an abusive relationship with Pirates Of The Caribbean star Johnny Depp, 58, said her "very dramatic" boss loved to wander round in the buff.

She frequently saw the blonde Aquaman star in the nude but said she never spotted her with any injuries.

Ms James said she had been present for "90%" of Heard’s dress and costume fittings.

"She had no issue with walking around naked quite often,’" she said, giving evidence to the hearing at the Fairfax County District Court in Virginia, US, on video. The assistant said she never saw Heard with any cuts, bruises, black eyes or with a broken nose and clumps of hair missing – injuries the actress claimed to have suffered at Depp’s hands.

Heard’s lawyers have told the seven-strong jury the actress was adept at using make-up to cover her injuries.

But Ms James, who saw her "almost daily", told the court: "She usually never wore make-up unless she was going to a special event".

While she witnessed "screaming", "yelling" and "abuse’" from Heard, whom she said once spat in her face in a "blind rage", she said Depp was "peaceful", "calm", "passive", "very kind" and a "total Southern gentleman".

She said Heard was "often intoxicated" on red wine and the actress admitted to her she had taken mushrooms, ecstasy and cocaine.

On drugs she said the actress suffered "manic episodes", became "disorientated" and "more and more belligerent".

Ms James, who worked for Heard from 2012 to 2015 when she married Depp, said the actress sent her "barrages" of abusive texts between 2am and 4am which made "no sense".

She said she felt Heard – whom she described as "insecure" – targeted her because she was "just someone to lash out at".

The couple’s therapist Laurel Anderson said Heard admitted to her she had been violent towards Depp, saying it was a "point of pride" for her to initiate a fight if she felt "disrespected".

Depp told Ms Anderson, Heard "gave as good as she got" during their bust-ups.

The clinical psychotherapist said she believed the pair engaged in "mutual abuse" throughout their relationship.

She said Depp struggled to keep up with Heard’s "jackhammer style of talking" during their sessions and "didn’t have a voice".

"She was very amped up,’" Ms Anderson said.

"He couldn’t keep up with her rapid-fire style of conversation.

"He had been well controlled for decades.

"With Ms Heard he was triggered and they engaged in what I saw as mutual abuse.’"

Gina Deuters, the wife of Depp’s former personal assistant, told the court Heard and a pal had given her her "first taste" of MDMA at the stars' wedding.

Ms Deuters was excused after 30 minutes and jurors told to disregard her testimony when she admitted she had watched clips of other witnesses giving evidence earlier in the week.

Depp is suing Heard for £38m damages over a 2018 article she wrote in the Washington Post in which she said she had been a victim of domestic abuse.

She is counter-suing for £76m alleging his claim she is lying about her ordeal is defamatory towards her.