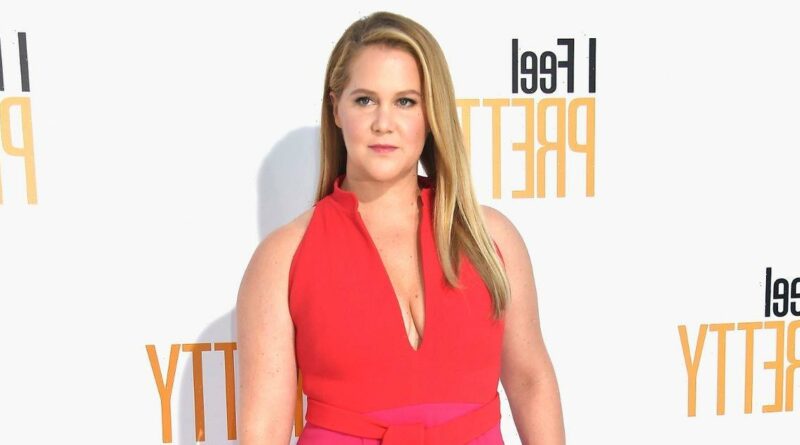 Comedian Amy Schumer took to Instagram to show off her post-pregnancy liposuction and impressive weight loss ahead of her Oscars 2022 appearance.

The 40-year-old went for an outfit fitting for the awards show, which she is co-hosting, when she took a silly video of herself, completely naked aside from a pair of skimpy black knickers.

The actress stood in a dressing room, ready to be measured up for her Oscars outfit, when the video was taken.

The 40-year-old is set to present the awards with comedian Wanda Sykes and actress Regina Hall.

She wore her signature blonde locks in a casual messy bun, completely topless and missing all her clothes aside from her pants to keep her modesty in tact.

Her lower back tattoo was visible from the filming angle as she cheekily turned towards the camera and threw her arms up whilst she wiggled her hips.

In the caption she wrote: “Oscars and Life & Beth fitting. Can’t stop dancing,” with the hashtags “bad tattoo” and “bad dancing”.

Amy has previously made fun of her tattoo, as the particular position and style has been the brunt of many jokes in recent years, and even touched upon it in her book The Girl With The Lower Back Tattoo.

She recalled that her mother and sister drove her to get the tattoo when she was 20-years-old but doesn’t regret the experience.

Schumer admitted that she is “proud” to have labelled herself a “flawed, normal human being” before anyone else had a chance to.

As she has “already branded herself as a tramp,” she says that her “haters” will need to think of another insult.

Amy recently announced that she is planning on fitting in as much humour as possible into the Oscars ceremony and revealed that she has “emailed her lawyer her jokes,” to which they had a negative reaction.

The Oscars producers were also unimpressed when she tried out her material in front of them on a Zoom call.

Her jokes were met with silence and the comedian said that she asked them “if they could hear her” due to their unresponsive answers.

She has reportedly said that despite the slim reception, she is still planning on “taking a couple of risks”.