Andrea Bocelli’s daughter first performed with him in December 2020 when she was just 8-years-old. Virginia Bocelli joined her father on stage for his virtual Believe in Christmas concert during the pandemic. The rising star joined the Italian maestro on stage at the Teatro Regio di Parma, handing him an acoustic guitar before starting their goosebump-inducing duet.

The father and daughter pair sang a beautiful cover of Leonard Cohen’s Hallelujah, which they continue to sing together on tour all around the world.

Bocelli and Virginia have performed their rendition in a Saudi Arabian desert and even in front of President Biden at the White House.

During their visit to the latter, the 10-year-old was given a rare opportunity of sitting in the Commander-in-Chief’s chair in the Oval Office.

In fact, a picture was captured of her inside the Resolute desk and peeking her head out of the kneehole. 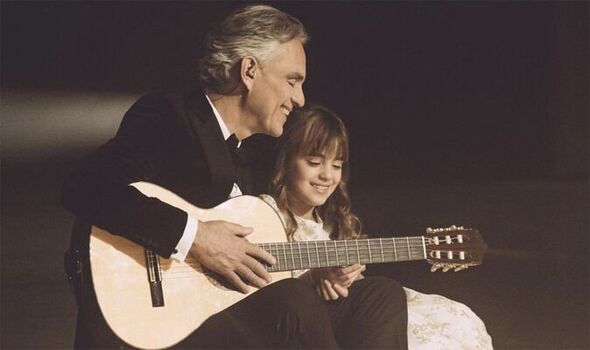 This photo was reenacting the famous Stanley Tretick photo of John F Kennedy Jr doing the same as his father President JFK worked in 1963.

Now, Bocelli has posted a touching behind-the-scenes video of himself sitting at a piano practising Hallelujah with his daughter.

Footage from their recent concert in Tel Aviv attended by Quentin Tarantino was also shown. 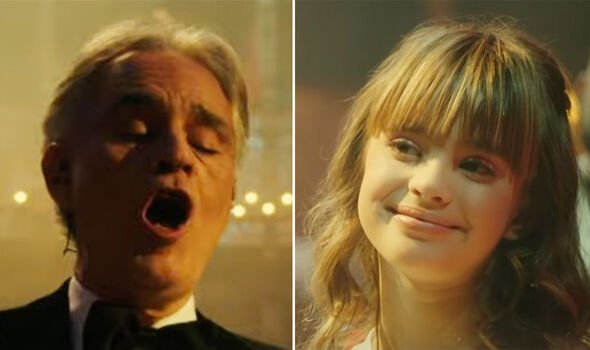 Bocelli said: “She loves music. She likes to sing. She studies piano. She does artistic gymnastics at a competitive level. She is in tune and naturally grew up on ‘bread and music’, just like her brothers. For the moment, sharing the stage with her father is little more than a game for her, as it should be, since she is still a child. Studying music is always useful in any case. But I think that it is fundamental that children realise their aspirations, putting their talents to good use, regardless of their parents’ ambitions.”

On how incredibly special the first time he sang with Virginia really was at the Believe in Christmas concert, Bocelli added: “It was Virginia’s Christmas gift to me. It was more fun than a professional debut. I wouldn’t say it was a surprise, but almost: the idea came about almost as a joke and then it was included in the setlist only right before the concert. Although I’m an apprehensive father, in this case, I was not: I concentrated on the beauty of that moment, so intimate and sweet… Us sitting on the stage, a guitar, the silence around us, her voice intermingled with mine. It is a moment that I carry in my heart.”