Home » Ann-Margret Gave Elvis Presley This, Priscilla Presley Flushed It Down a Toilet 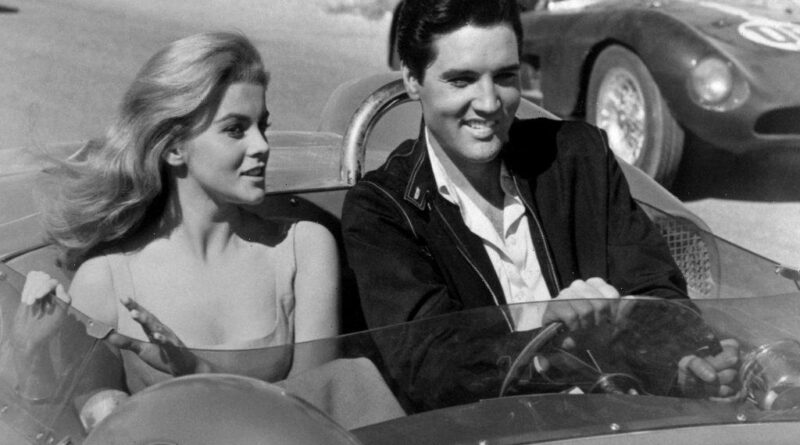 Elvis and Priscilla Presley are one of the most famous couples in the world. They shared many happy moments and some that were a bit more contentious. Let’s take a look at a more difficult time – specifically what Priscilla did with an item Elvis had in his possession that came from Ann-Margret.

In her book Elvis and Me, Priscilla states she went with Elvis to Los Angeles when he began work on the film Kissin’ Cousins. Despite the fact Elvis had completed his work with Ann-Margret on Viva Las Vegas six weeks beforehand, the press continued to publicize an on-going relationship between the two stars. Priscilla wondered “When will this be over – the news, the gossip, the headlines, the affair?”

After a difficult discussion regarding the gossip, Elvis and Priscilla made their separate ways back to Memphis. Their first night together, they “exchanged forced smiles.” After everyone was gone, he told Priscilla, “It’s over Cilla, I swear to you. It’s over.” He added Ann-Margret was from a different world – and that “She’s a nice girl, but not for me.”

Elvis Presley told Priscilla Presley the ‘devil made me do it’

Priscilla did not want to hear any more from Elvis on the matter. She felt there would be many more temptations – Ann-Margret would not be the last. She began “asking myself how I could go on.” He asked Priscilla to forgive him. He said to her “I guess the devil made me do it!” Priscilla agreed.

Priscilla then walked into the bathroom – “there was still one more matter to take care of.” She went through the King of Rock ‘n’ Roll’s makeup kit and found a telegram she knew Elvis had received from Ann-Margret. It read “I just don’t understand – Scoobie.” “Scoobie was a name she had given herself,” Priscilla wrote. “That line was also the title of the first hit record she’d recorded in the early sixties. Obviously, Elvis had totally disassociated himself from her cutting off their ties.”

But knowing the telegram was there bothered Priscilla. She writes, “I simply tore it to shreds and with total gratification flushed it down the toilet.” Elvis laughed at Priscilla saying “I guess I’ve got to keep on my toes.”

This raises an interesting question – did Elvis continue to have a relationship with Ann-Margret later in his life? Elvis Australia reports as time went on, Elvis and Ann-Margret “found each other again.” They would exchange gifts and would attend each other’s performances. In 1969, she attended Elvis’ comeback show in Las Vegas. Elvis and Ann-Margret remained friends until Elvis died. She went to Memphis to attend Elvis’ funeral. It seems the stars’ relationship lasted over time even though Priscilla flushed a private message between the two down the toilet.