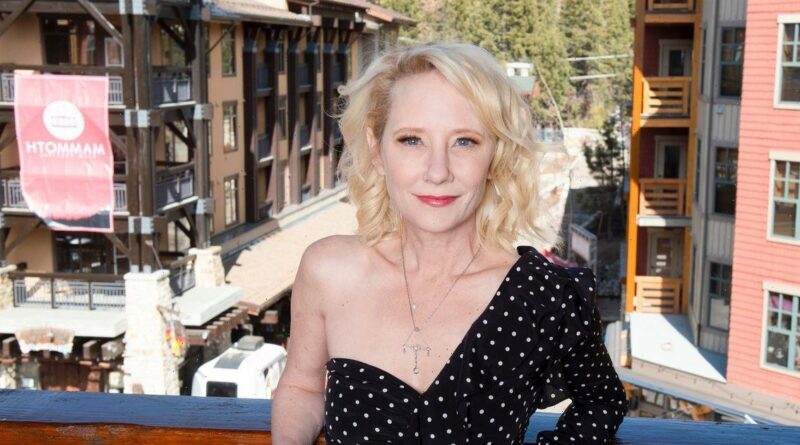 American actress Anne Heche has sadly died aged 53 after she was taken off life support, her representatives have confirmed.

On Friday (August 12), her friend Nancy Davis confirmed she had passed away following a fiery car crash last week.

Taking to Twitter, she penned: "This is a sad day. I'm sending Anne's children, family and friends all of my love."

Per her final requests, Hollywood star Anne Heche was kept on a ventilator to determine whether any of her remaining organs were viable to be donated.

A rep for the late mum-of-two, who was in a relationship with US comedian Ellen from 1997 to 2000, previously shared her last wishes to her loyal legion of fans after the horrific car crash.

A statement read: “We want to thank everyone for their kind wishes and prayer for Anne’s recovery and thank the dedicated staff and wonderful nurses that cared for Anne at the Grossman Burn Centre at West Hills hospital.

“Unfortunately, due to her accident, Anne Heche suffered a severe anoxic brain injury and remains in a coma, in critical condition. She is not expected to survive.”

They went on to reveal that it had “long been her choice” to become an organ donor at the end of her life.

The statement continued: “Anne had a huge heart and touched everyone she met with her gorgeous spirit.

“More than her extraordinary talent, she saw spreading kindness and joy as her life’s work – especially moving the needle for acceptance of who you love.

“She will be remembered for her courageous honesty and dearly missed for her light.”

It was last reported that Ellen DeGeneres' ex was in a coma fighting for her life in the "worst state you can imagine" after she crashed her car into a house at 90mph while "high on cocaine" last Friday (August 5).

Cocaine is reported to have been found in her blood stream following the devastating crash – but officials confirmed that she had not been drinking alcohol despite being pictured with a bottle of vodka in her cupholder hours before her death.

The TV star lost control of her car as it veered into a home at top speed and ignited a fire that badly burned her and left her in an "extremely critical condition".

Anne was filmed as she was being saved from the catastrophic scene by firefighters who wrapped her up in a white towel in an attempt to prevent infections from her severe burns.

LAPD treated the terrible crash as a potential felony due to the terrible injuries inflicted on the home owner, Lynne Mishele, while the extent of her injuries remains unclear.