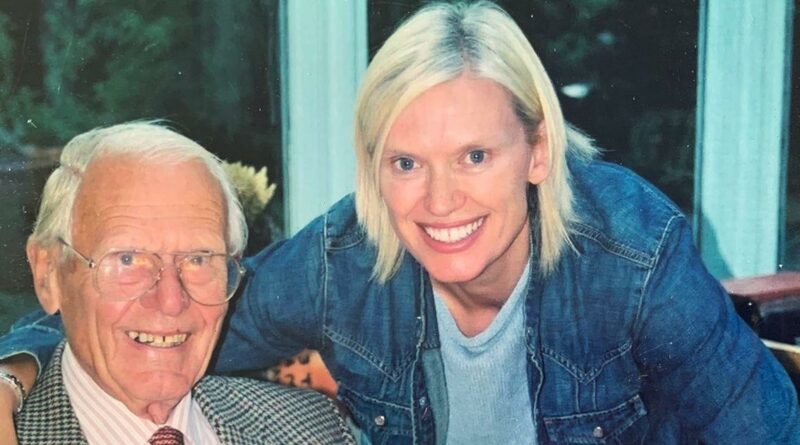 Anneka Rice says she nearly suffocated her dad in hospital to stop him suffering from dementia.

The former Challenge Anneka and Treasure Hunt presenter said her father was in his 90s, “morphined up” and did not want to live.

Rice’s dad developed dementia in 2005, before her mum Penny started to show symptoms almost a decade later around the time of her father’s funeral.

“More or less the first thing that happened crossing the road, my dad, unable to balance, broke his hip.

“He ended up in hospital on a busy geriatric ward which nearly finished him off.

“He was dazed and confused and it broke my heart.”

“And I wanted so much to help him on his way as all our elderly parents say, ‘Please don’t let me linger in pain’. Rice then said: “I told forensic anthropologist Dame Sue Black that I nearly murdered my dad.”

Dame Black said: “The one thing that connects what you wanted to do, which sounds like such a vicious act to most, is that it was through love.”

Rice said: “It was through deep love.”

Speaking to Alzheimer's Research UK about her dad's condition, Anneka said: "In the throes of his dementia, the time of his life he liked to revisit in his head was visits to a health spa and we would spend hours in the sitting room queuing for the steam bath, wondering why the swimming pool wasn’t open.


“I grew up sharing his love for DIY and during his illness we’d spend hours looking at swatches of paint and choosing a colour for a tie or a shed. I asked him once, ‘Dad, what’s my name?’.

"He looked at me tenderly and said ‘Dulux’, and inexplicably, this brought me comfort."

Anneka admitted that brain health is a huge concern after both her parents were diagnosed with the disease.