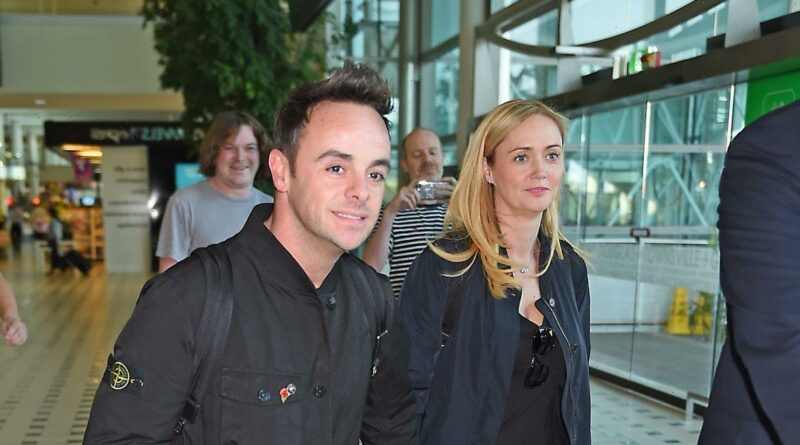 Ant McPartlin has reportedly set a date to marry his fiancée Anne-Marie Corbett – and the pair have plans to tie the knot in August this year.

This comes after the I'm a Celebrity presenter, 45, got engaged to Anne-Marie, 43, at Christmas last year after the TV star popped the question on Christmas Eve.

The pair are planning a low-key church wedding in London with just their "nearest and dearest" in attendance – with family and close friends on the guest list.

And fans will be delighted to hear that Declan Donnelly, Ant's right-hand-man on shows like Britain's Got Talent, is expected to be Ant's best man for the summer ceremony.

A source has revealed to The Sun: "Neither of them want the razzmatazz of a showbiz wedding."

The source continued that the couple don't want the "glare of the spotlight" on their special day with just their "nearest and dearest" joining them.

Ant and Anne-Marie are hoping for a "simply but beautiful ceremony" and are excited about becoming husband and wife, according to the source.

The source continued that Anne-Marie has already been trying on wedding dresses after having had had her first dress fitting.

The pair reportedly planned to get married abroad but lockdown restrictions were getting in the way, prompting them to shift the ceremony to London.

The low-key August wedding is thought to be a drastic change from when Ant married make-up artist Lisa Armstrong in 2006, where they had 150 guests on the list at Cliveden House Hotel in Buckinghamshire topped off with a giant fireworks display.

Ant's divorce to Lisa was finalised in 2020, after an 11-year marriage when the couple announced the divorce on 15 January 2018.

Following his breakup from ex-wife Lisa, Ant became romantically linked with his personal assistant Anne-Marie in 2018 after the pair were spotted walking Ant's dog earlier in the year.

Anne-Marie had split from her husband in October 2017, and it is thought that the mother-of-two helped Ant through his personal struggles.

The award-winning TV legend co-hosted series 20 of ITV's I'm a Celebrity in November 2020 after covid restrictions caused the show to take place in Wales rather than its usual Australian jungle setting.