It's only midday in LA, but Alex Turner looks like he's ready for his close-up. He walks into MiniBar, a hip, retro cocktail bar in the Hollywood Hills not far from where he lives, wearing a stylishly cut grey suit, silk shirt unbuttoned enough to reveal a silver chain, closely cropped beard and shoulder-length hair that is tastefully tousled.

From the laddish look when Arctic Monkeys first burst out of Sheffield, through his rocker/greaser transformation a few years ago, it appears he's recently been studying the tailoring of Nick Cave and Father John Misty. 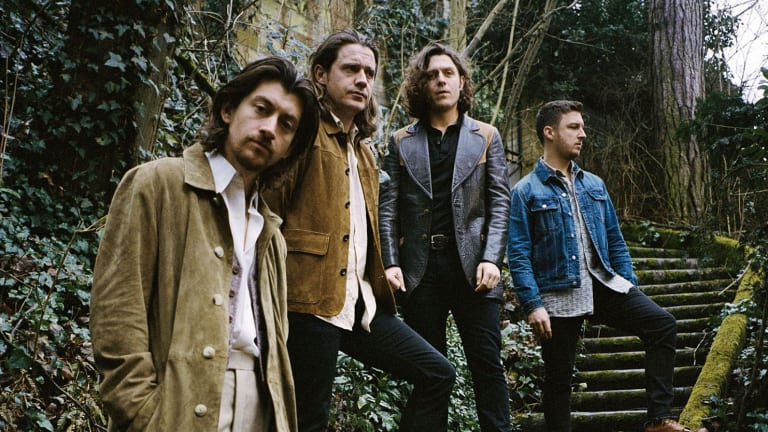 "Well, I have red socks on," he says wryly, when it's pointed out he's changed his style quite a bit. "That's quite a new thing for me. Someone I know from Liverpool was visiting LA and he said 'I love it here because you can wear whatever you want.' There seemed something heavier in that declaration, but yeah, sixth record, red socks."

I last met Turner in Manchester in February 2006. Arctic Monkeys were playing second on the bill to Maximo Park as part of a four-band national roadshow put on by English music weekly NME. When the line-up was decided, their debut album, Whatever People Say I Am, That's What I'm Not, had not yet come out. When it did, 10 days before this show, it shifted 363,765 copies in a week, selling more than the rest of the Top 20 combined and becoming the fastest selling album in British history. 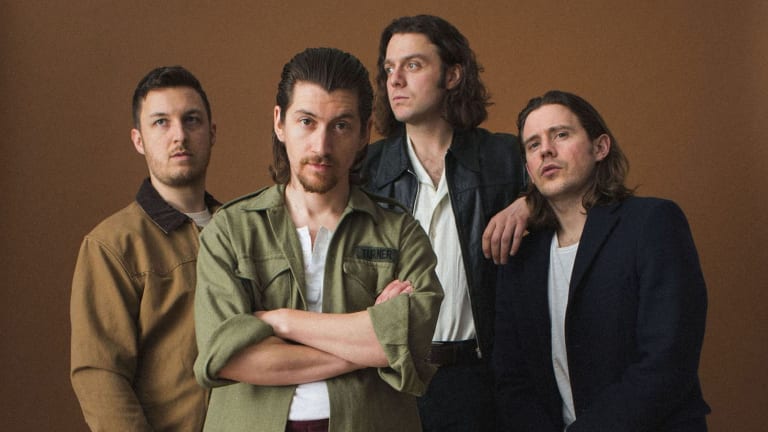 The band was being hailed as the best thing to happen to English rock since the Smiths. Turner had just turned 20. If he was excited by this turn of events, he certainly didn't show it. He happily let the others band member field questions, occasionally offering answers that swung between self-deprecating shrugs and pithy Northern wit. He spent half the time texting on his phone.

"Did I really?" he asks, giving a lopsided grin at the memory and taking a sip of black coffee. "That phone would have been an old Nokia and I'd probably only had it a week. It seems like a lifetime ago."

A lot more has changed apart from his phone and sartorial style. The group's sound has morphed over the years. In the beginning, Turner came across as a modern version of Ray Davies or his early hero John Cooper Clarke, a working class lad with the gift of the gab and an eye for a killer line, singing about big Saturday nights and grim Sunday mornings, doorman gorillas who gave you a hard time, sulky girls you fancied, the fake tales people concocted to get noticed and get across. The band pushed his mouthy narratives along at speed, using choppy rock with nervy guitars and sticky hooks.

The sound got progressively heavier, slinkier and sexier, especially on 2009's Humbug when they hooked up with Josh Homme of Queens Of The Stone Age and recorded in the California desert. 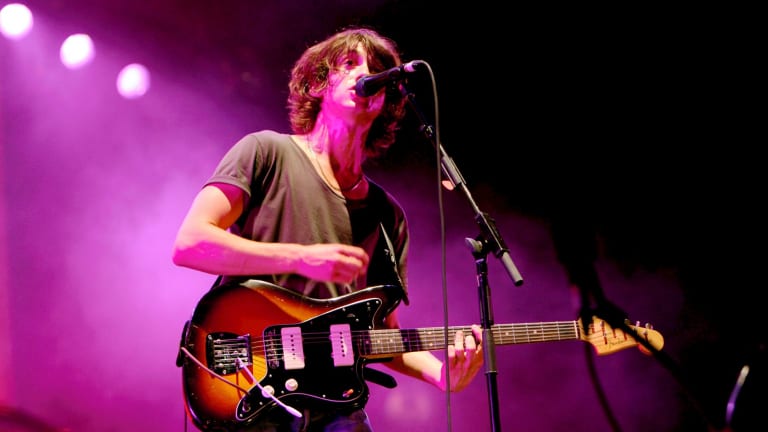 Arctic Monkeys playing in Sydney in 2009.

Then their last album, 2013's AM, took another turn, adopting soulful falsetto vocals and taking rhythmic cues from '90s R&B and hip-hop. It became their most successful album in the US, peaking at No. 6 on the Billboard 200 and finally achieving a chart hit with Do I Wanna Know?

They stayed on the road for 18 months behind the album, the longest world tour of the group's career. And then, instead of capitalising on all that success, they went on hiatus. 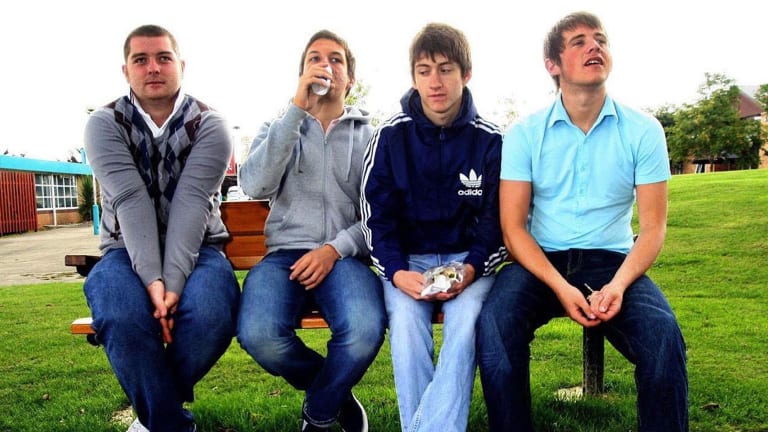 Turner produced an album for Portland singer-songwriter Alexandra Savior and made a second album with the Last Shadow Puppets, his side project with former Rascals singer Miles Kane and producer James Ford. There were rumblings in the media about writer's block, Turner's solo ambitions and the group's uncertain future. There was also the fact that the other band members – guitarist Jamie Cook, bass player Nick O'Malley and drummer Matt Helders –had started families and moved back to live in England.

But here we are with the sixth Arctic Monkeys album, Tranquility Base Hotel & Casino. And it all came about because of a piano. Specifically, a Steinway Vertegrand that was a 30th birthday gift to Turner from his manager. 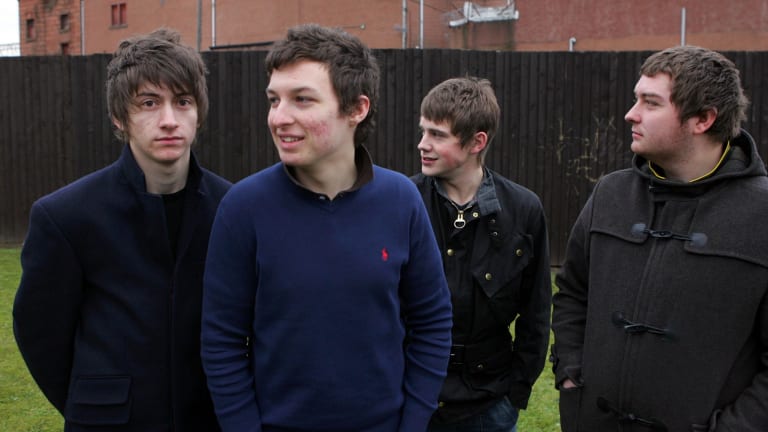 The Arctic Monkeys’ debut album Whatever People Say I Am, That’s What I’m Not in 2006 sold 363,765 copies in a week and became the fastest selling album in British history.

Playing the piano got me off the mark and took me to other places.

"Shortly after I met you, Barry, all those years ago, my manager gave me a Gibson LG-1 acoustic guitar," he says. "I've written loads of songs on that guitar, but then I reached a point where I knew the types of moves I always tend to make on the guitar. So I scurried off towards the piano and started to look for ideas there."

Although he got some basic lessons as a kid, he doesn't rate himself highly on piano. He found that he started playing chords that were similar to those he remembered his father playing when Turner was younger. Was his dad a good player? 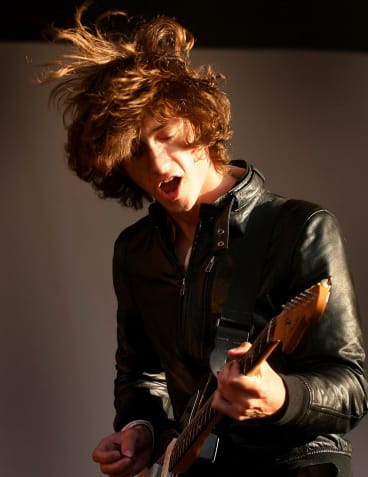 "He wouldn't say so. He was more a saxophone and trumpet player and he taught music. He taught me some basic blues scales on the piano and some major seventh chords. When I got this piano in the house, the types of places my fingers went were reminiscent of these things I grew up with.

"I never expected to do anything with all this with my own music. But as time went on, suddenly I found new ways through these chords. I tricked myself into it, in a way. Playing the piano got me off the mark and took me to other places." 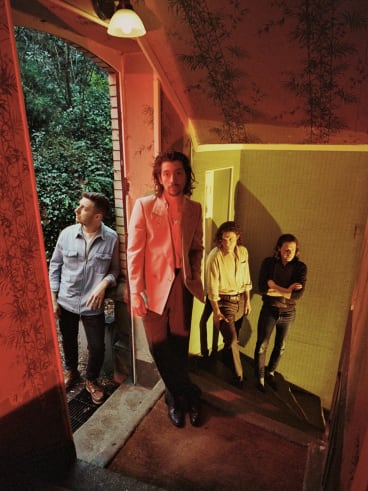 The Arctic Monkeys have a new look and sound.

The opening line of the album is "I just wanted to be one of the Strokes". It's true. Seeing the Strokes play in 2002 was a transformative experience and had a big influence on Arctic Monkeys in the early days. But the new album is certainly no musical homage to the band that helped revive New York rock in the early 2000s. Instead it ventures into unchartered territory for the band – American Sports has Nick Cave-like drama, Golden Trunks channels vibrato-laden Italo-pop, The World's First Ever Monster Truck Front Flip tips its hat to the ambitious psychedelic productions of the Zombies and the Beach Boys.

Turner recently put together a list of songs that gave him inspiration. Along with tracks from the Three Degrees, Nina Simone, the Walker Brothers and Serge Gainsbourg​, he was listening to a lot of the soundtrack music of Ennio Morricone​ and Nino Rota. He's a film buff who can talk at length about the works of Federico Fellini​ and Jean-Pierre Melville.

"Melville's films in particular had a big impact on me when I saw them," he says of the influential French director of noir crime dramas such as Le Samouri and Le Cercle Rouge. "The sound I was trying to get with this record is sort of like those Melville-ian jazz lounge bars in some of his films. I was imagining a place where these songs could happen."

Lyrically, Turner is pushing outside his safety zone too, adopting the heightened voice of characters that could be from an altered universe dreamed up by David Bowie or George Saunders. The narrator of Star Treatment says "maybe I was a little too wild in the '70s, rocketship grease down the cracks of my knuckles, karate bandana, warp speed chic, hair down to there, impressive moustache". In one song there's talk of having his virtual reality mask stuck on a setting called "Parliament Brawl" and having a weekly chat with God on video call; on another, Turner sings, "I launch a fragrance called Integrity, I sell the fact that I can't be bought".

All this came together in a place he calls the lunar surface, a studio and creative space inside his Hollywood home. It sounds like a mysterious and exotic locale.

"Yeah, well let's burst that bubble right off," he says, grinning. "But I'll build it up for you later. It's basically a basement bedroom where Matthew [Helders] lived when he was still here in LA. I started calling it the lunar surface because of that conspiracy theory about Stanley Kubrick faking the moon landing. I embellished that and imagined him doing it in his garage."

The lunar surface is Turner's equivalent of Kubrick's garage. It contains all his guitars and keyboards, his beloved vintage 8-track recorder and, of course, the Steinway. It's also the place where he constructed the model of the futuristic building that is on the album cover, a multi-level space-age edifice that he feels represents the world of Tranquility Base Hotel & Casino.

"It got pretty messy in there while I was making that," he says. "Illustration board, foam, dowel, knives. I was drawn to architectural models and when I got the album title I thought it would be cool to have one on the cover. It's not based on an existing building and it took a while to get there, but I feel like it's a better visual counterpart to the music than any of our other album covers."

The album also has a couple of references to one of Turner's pop culture obsessions – one song is called Batphone; another features the line "I've got the party plugged right into my skull/Wayne Manor, what a memorable NYE". It turns out the Batcave from the 1960s TV show is not far from his home.

"That was one of the things that certainly drew me to the area when I moved here," he says. "I was a huge fan when I was a kid. I've got a picture on my wall of Adam West in the Batsuit, sitting in a director's chair with his feet up on a coffee break. You can easily get to the Batcave from here, actually, if you're interested."

Well, of course I am. He explains how to get there, then shakes hands, jokes about catching up in another decade, puts on his sunglasses and drives off in the general direction of the lunar surface.

The Arctic Monkeys new album, Tranquility Base Hotel & Casino, is out now.