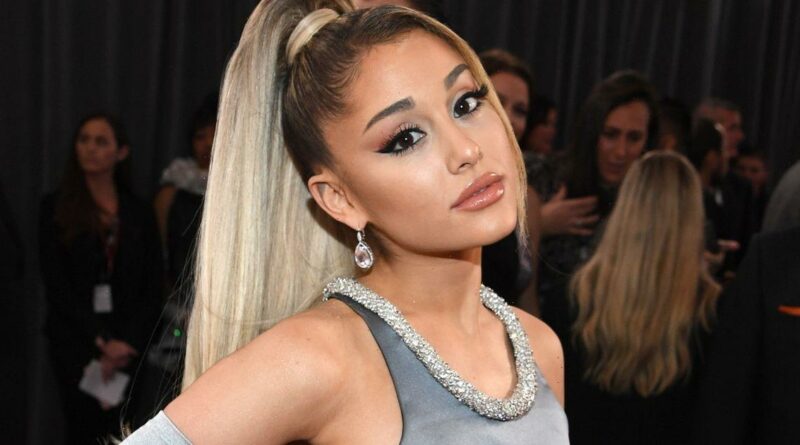 The Rain On Me singer, 28, married her current beau Dalton Gomez last year.

Speaking to Daily Star and other press at the Capital Summertime Ball over the weekend, Roman claimed he had heard rumours of the future Wicked star bringing her own toilet seat on tour with her.

Speaking about the "weirdest rider requests of all time", the 29-year-old Capital FM DJ told Daily Star and other press: "I heard Ariana Grande brings her own toilet seat with her [on tour] and ArrDee wanted only the pink starbursts from the bag in a bowl."

It follows previous controversy which arose after Ariana was caught on CCTV licking display doughnut in a US doughnut shop in 2015.

She apologised after the incident.

Of the claims, Sian confirmed: "They’ll be wheeling me out in a wheelbarrow and I’ll have to say goodnight to everyone."

Roman added: "This is a genuine fact: Sian has to ask for a bin liner at the start of a night out."

Asked about taking part in an after party following the jam-packed concert, Roman said: "You can tell them this: I'm fuming that I've got to go to work tomorrow.

Roman and his Capital FM co-stars helped host the weekend's festival, which included acts such as Harry Styles and Ed Sheeran in its line-up.

The event took place at Wembley Stadium and followed a busy few weeks for Roman.

The former I'm A Celeb star recently provided hosting duties for the BBC coverage of the Queen's Platinum Jubilee concert The Platinum Party at the Palace.

He also recently featured on a special Loose Men episode of Loose Women.