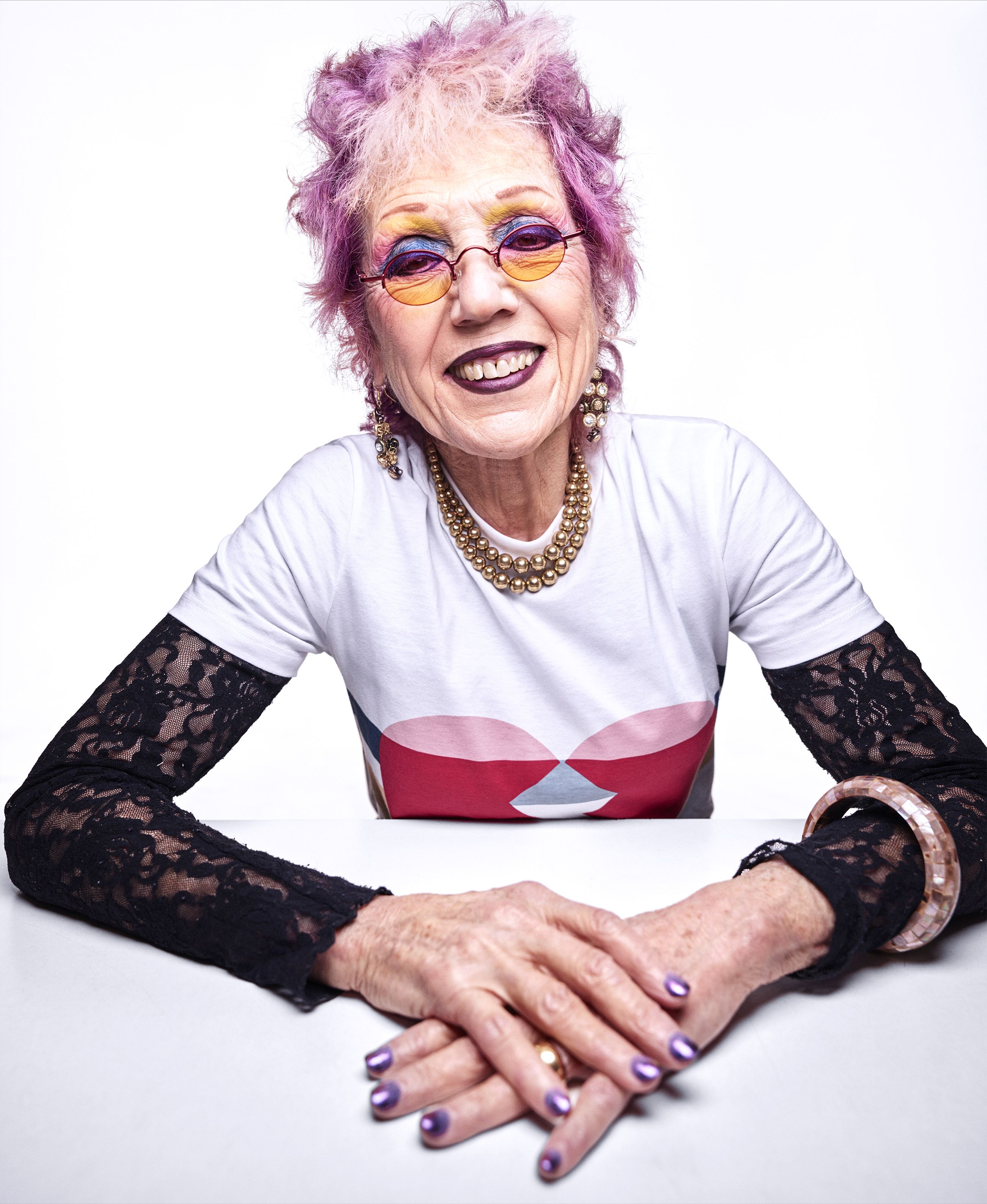 Judy Chicago doesn’t mince words. “In the ’60s and ’70s, you had to paint like you were a white guy if you wanted to show your work,” says the artist, whose 1979 feminist masterpiece, The Dinner Party, features the lady bits of historical and mythical women served up on supper plates. The “vagina china,” as Chicago has been known to call it, earned her equal parts fame and derision when it was produced, with many established figures in the art world labeling it “vulgar” and “crass.” Says Chicago, “I was completely unprepared for the controversy. People are now saying I was way ahead of my time. But for many years my art was considered shit. It was devastating to be misperceived.”

In recent years, Chicago’s outré version of feminist art has been enjoying something of a renaissance. In 2018, Time magazine named her one of the 100 Most Influential People of the Year. And as younger and more politically woke audiences discover her work through platforms like Instagram, the artist is finally earning the recognition she deserves for work other than The Dinner Party, which is now permanently housed at the Brooklyn Museum. “It’s confusing,” Chicago says. “I went from shit to Shinola, but my art hasn’t changed.” Her art may not have changed, but the times—and the velocity with which powerful images move around the globe—certainly have. This past September, the day after the final hearing for Brett Kavanaugh’s nomination to the U.S. Supreme Court, Chicago used Instagram to juxtapose the painting The Three Faces of Man, from her “PowerPlay” series (1982–87), with news images of three angry, sneering male government officials: Kavanaugh and Senators Lindsey Graham and Chuck Grassley. The resemblance was uncanny, prompting fans to call her a “visionary” with “psychic abilities.”

“It’s kind of sad that an image I painted more than 30 years ago has so much relevance today,” she says. “What does that say about how much progress we have or have not made?” And yet Chicago, who founded the first feminist art collective in 1970, is nowhere near giving up the fight. As she winds down a major survey of her work at the Institute of Contemporary Art in Miami and gears up for her next exhibition in June, when “The Birth Project’ from New Mexico Collections” opens at the Harwood Museum of Art in Taos, Bazaar sat down with the high priestess of vagina art to discuss feminism, fame, and why a Judy Chicago Bigamy Hood towel may be just what the art world needs right now.

HARPER’S BAZAAR: The shoot you did for Bazaar pays homage to a body of work you originally created in the early ’70s entitled “Women and Smoke.” Can you tell us about it?

JUDY CHICAGO: All early societies worshipped various goddesses. I found that interesting because as long as everybody worships a male god, it invests men with a level of importance that women can’t compete with. And so I started exploring goddess imagery. Those early “Women and Smoke” pieces were about making images of female power, like women creating fire. You have to realize how few images of powerful women existed at that time.

“I’d rather market feminism than the patriarchy!”

HB: When you were starting out, you faced a lot of gender-based discrimination. Can you paint a picture of what it was like to be a female artist back then?

JC: In the ’60s, the highest compliment you could get, if you were a woman artist, is that you painted like a man. You can’t believe what people would say: “You can’t be a woman and an artist.” “There have never been any great women artists.” “Women have never made any contributions to history.” Those were the prevailing attitudes.

HB: Do you feel there’s more diversity in the art world today?

JC: There’s been a huge change in consciousness. But that has to be translated into institutional changes. If you go to major museums, female artists and artists of color are still underrepresented.

HB: What impact has social media had on the art world?

JC: It is definitely undermining the power of that small group of people who used to be the authorities on what is considered good art. Now people can see for themselves and make their own decisions.

HB: You created a series of plates inspired by The Dinner Party, and collaborated with Max Mara on a limited-edition T-shirt tied to your show at the ICA. You’ve also launched goddess-shaped soaps, towels, and other merch. Why did you decide to make products?

“In the ’60s, the highest compliment you could get, if you were a woman artist, is that you painted like a man.”

JC: Commerce allows my art to reach so many more people, and I’d rather market feminism than the patriarchy! I’ve noticed recently on Instagram that people have been framing The Dinner Party plates and putting them on their walls. For young people, it’s an accessible way of buying art. When I made the Bigamy Hood towel [which reproduces an image of a phallus originally featured both in a painting and on a car hood], I remember saying, “Now every woman can have her own dick—and every guy can have two.”

GET THE LATEST ISSUE OF BAZAAR

This article originally appears in the April 2019 issue of Harper’s BAZAAR, available on newsstands now.