There’s no keeping a classic boyband down – Take That are solid proof of that.

And the Backstreet Boys have proved that they’re not going to be stopping anytime soon either, as they’ve just released a brand new single, their first in five years.

As part of marking their 25th anniversary as a band, the group have signed with RCA Records and released new song ‘Don’t Go Breaking My Heart’.

And hopefully the track will leave fans far from heartbroken, as it’s already a favourite for the band members.

“The minute we heard this song we knew it was special,” Kevin Richardson said.

“I geeked out over the piano and synths. When that groove drops on the second verse, COME ON. Great verse, hook and melodies.

“Just makes you wanna listen over and over again.”

The song, which was put together by writers and producers who have worked with the likes of Ellie Goulding and Kesha, sees the band beg their lover not to hurt them because they’re head over heels. 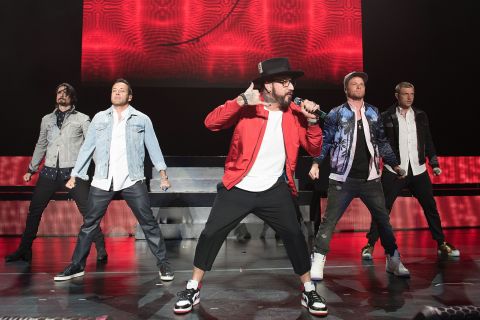 The official music video, which was directed by long-time Backstreet collaborators Rich + Tone, even features some classic boyband dance moves to please your ’90s groupie heart.

They’re definitely showing no signs of slowing down, with AJ McLean saying: “We’ve been working our ass off for 25 years… It feels like we’re just getting started.”

Kevin, AJ, Howie D, Nick Carter and Brian Littrell will certainly be busy for the rest of the year, as they’re set to embark on a summer of shows across the US before returning to their Backstreet Boys: Larger Than Life Las Vegas residency.