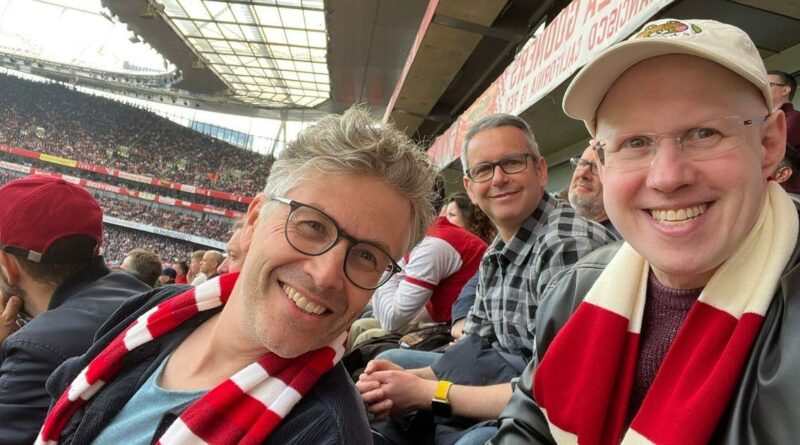 Great British Bake Off co-host Matt Lucas has revealed that he was 'thin-shamed' as he watched his beloved Arsenal play against Manchester United on Saturday.

Matt, 48, who has spoken recently about his post-lockdown weight loss, had visited London's Emirates Stadium yesterday (23rd April) to watch his team.

"Shout out to the lady who stopped me at football today to ask me why i've lost weight and to inform me I look a lot older.

"For the first time in my life, I think i've just been thin-shamed," he added.

Matt's loyal followers were quick to offer support to the popular comedian.

"You look amazing, and most importantly, happy," replied one while another said: "You look fantastic! Sod the mood hoovers."

A third follower assured the star: "I get thin shamed when I lose weight and fat shamed when I gain a little. I've come to the conclusion a lot of people just want to drag you down no matter what."

Last year, Matt spoke about his weight loss during an appearance on Lorraine.

The ITV host told him she was amazed he'd managed to lose weight during lockdown – and especially while filming in the Bake Off tent.

Matt replied: "I've lost some weight, I needed to take the edge off, because I put on a lot of weight in lockdown.

"I just had to do something about it," he revealed. "I've still got a bit of a tum, I'm not a skinny Minnie," he added.

A year previously, Matt revealed that, like many people, he had put on some weight during lockdown.

He said: "The one thing I need to do is get fitter, I have put on a little bit of weight, that’s my next challenge to do a bit more exercise.

"I might have to make a game of it when I go out and exercise to stay out of people's way."