Today, Isle of Man star Barry Gibb turns 76, with the music industry and fans across the globe no doubt marking the singer’s milestone with messages of goodwill. Gibb became famous as one-third of disco diva group the Bee Gees, who would go on to become among the UK’s biggest selling artists in history. Raised in Manchester where he was part of the Fifties skiffle boom, Gibb and his family moved to Australia in their younger years, where they would begin to find fame as a band.

Along with brothers Robin and Maurice, the Bee Gees returned to the UK before moving to the US in 1975 as major players in entertainment.

Much of the Bee Gees’ success was centred around the incredible vocals of Gibb, and his legendary falsetto voice, which defined the band’s sound.

During a 2002 discussion on The Larry King Show, Gibb noted how the sound came about, and what he believed had influenced it.

He said: “It came to me in a dream, there was a request by Arif Mardin, who was like an uncle to us, he was a great record producer during the song ‘Nights On Broadway,’ for the Main Course album, which is previous to the ‘Fever’ syndrome. 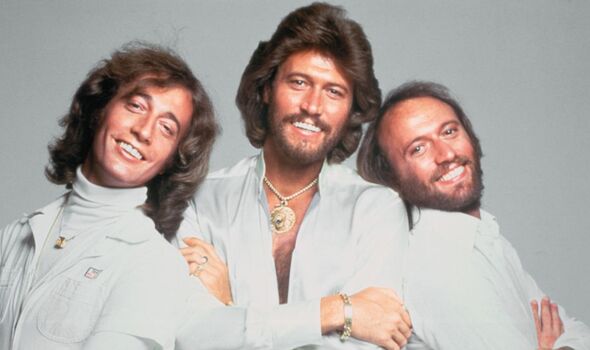 “And he said, ‘Can any of you scream, scream in falsetto.’ So, you know, give us an ad lib or a scream at the end. S

“So from screaming, it turned into things like, ‘Blaming it all’.”

While his exploits behind the microphone are hailed, so to is his songwriting.

As the chief musician behind hits such as Tragedy, Jive Talkin’ and Stayin’ Alive, Gibb has earned a rare space in music history, as he shares the record for the most consecutive Billboard Hot 100 number ones with John Lennon and Paul McCartney, of the Beatles. 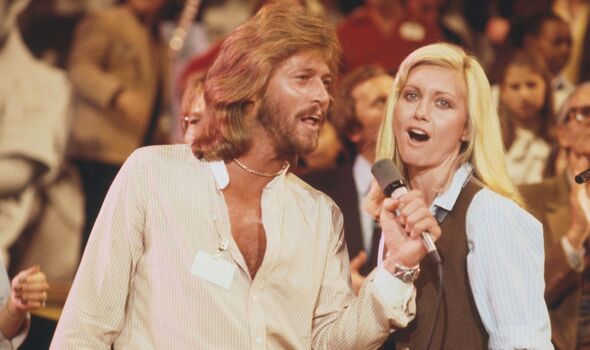 In total, they had six number ones in a row, as well as written, or co-written, 16 altogether.

According to the Guinness World Records list, Gibb is the second most successful, behind only McCartney.

More recently, Gibb spoke of his heartbreak at the passing of music star Olivia Newton-John, who he had collaborated with a number of times.

The Grease actress and singer died earlier this month on August 8, as a result of breast cancer. 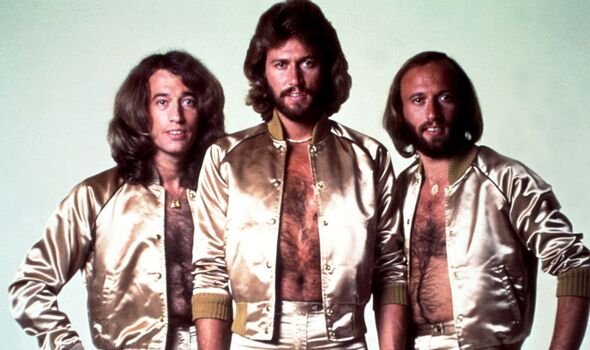 In a tribute on his Instagram account, Gibb said: “I’m devastated by the loss of my dearest friend Olivia Newton-John.

“We lived through the same journey growing up in Australia and relishing every moment of it.

“We knew time was short and that time spent together was priceless.

“Olivia, you will always be my sister and we will meet again. Love and light, Barry.” 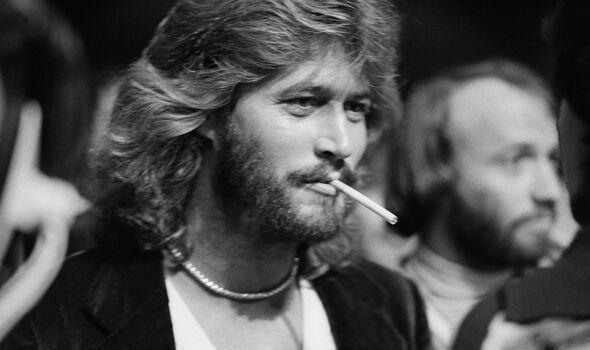 Gibb and Newton-John sang together on a number of tracks throughout her life, with many critics claiming their 2009 version of How Can You Mend a Broken Heart as their best.

She also duetted with Andy Gibb, Gibb’s brother, in 1979, for a moving performance of the Bee Gees’ track Rest Your Love On Me.

A year previous, Gibb led his brothers Robin and Maurice in a version of Grease on stage in Las Vegas, with Newton-John watching on in awe.

Newton-John was originally diagnosed with breast cancer in 1992, before it returned in 2017.

John Easterling, Newton-John’s husband, shared the news in a statement.

He said: “Dame Olivia Newton-John passed away peacefully at her ranch in Southern California this morning, surrounded by family and friends.

“We ask that everyone please respect the family’s privacy during this very difficult time.”