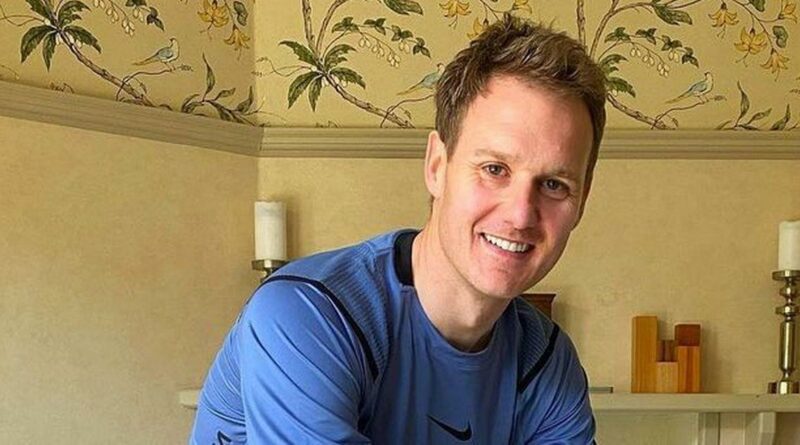 Dan Walker is spreading his presenting wings as he departs BBC Breakfast today (May 17) to head to Channel 5.

But it's not just his professional life that keeps him busy, as he's got a large family at home, he's big into sport and doing what he can for charity.

Last year he joined the Strictly Come Dancing line-up and he had admitted he wasn't sure how he would juggle dance rehearsals with his BBC presenting job, but he is no stranger to balancing lots of TV work at the same time.

Dan made his TV debut on North West Tonight, before going on to work for BBC Sport and Football Focus, before becoming a champion of morning telly when he replaced Bill Turnbull on BBC Breakfast in 2016.

Daily Star has taken a look into the life of the outgoing BBC legend when the cameras aren’t rolling – from his Christian faith to his tragic loss.

Dan and his family share a stunning home in Sheffield.

It’s a luxurious paradise, featuring a chic blue, grey and white kitchen with a central island and high bar stools.

Overhead, glass lamps shine down to provide the optimum level of illumination, and Dan’s adorable pooch Winnie loves to take a seat at the counter.

The cosy feel continues throughout the rest of the house, and Dan even has a private study stuffed full of footie memorabilia.

He keeps plenty of mementos from throughout his career, including several footballs, a huge trophy and a collection of recording equipment for when he’s working from home.

Dan’s lounge area features floral wallpaper and matching curtains, and it’s where Dan has an exercise bike set up, along with a comfy-looking grey couch.

Sharing a snap of his intimate study to his Instagram page, Dan wrote: "It has been 100 days since lockdown started. This morning on #BBCBreakfast we are looking for one picture which sums up your experience of life in lockdown.

"This is my one, presenting #FootballFocus from home each week with our dog Winnie."

Dan tied the knot with wife Sarah in 2001 and together the pair share three children – Susanna, Jessica and Chuck.

But he’s been in plenty of hot water with his other half, as she put him on a six month ban on choosing films.

The dad-of-three told his social media followers: "Just watched #Tenet with Mrs Walker… or at least we think we did!

"I have no idea what it was about. My wife has banned me from making film suggestions for at least six months," he confessed earlier this year.

Dan’s dog Winnie has made plenty of appearances on his social media pages – but she’s also popped up on Football Focus.

He and wife Sarah got the cockapoo as a rescue dog, and she now shares their Sheffield home with the rest of the family.

During an interview with Manchester City manager Pep Guardiola, Dan was interrupted by an appearance from Winnie, though Pep insisted he’d rather be interviewed by the dog.

"I’m pretty sure, Dan, she will do better questions!" he giggled.

"I’m at home and there’s no-one here to look after the dog!" Dan explained, with the gorgeous cockapoo safely in his lap. "She’s lovely, she’s very nice, her name is Winnie."

He shares plenty of snaps with the adorable pooch around the house, hinting that Winnie may rule the roost behind closed doors.

Though he has faced unwarranted backlash for it in the past, Dan insists that his Christian faith is "strong", and continues to be an "important part" of his life.

His Christian beliefs – namely that he believes in the Creation story, that God made the world in seven days – have been criticised in the press, but Dan merely said that helped him develop a thicker skin in the face of adversity.

He began his faith journey as a "young lad", when he "first started thinking in great depth about my place in the universe."

And it’s that devout faith that makes Dan so good at his job, he theorised, telling Premier Christianity: "I like to think that my faith makes me a better broadcaster, a better journalist.

"It was Martin Luther who said that if you’re going to be the best Christian shoemaker, don’t put crosses on all the shoes, just make the best shoes."

As an Evangelical Christian, Dan made the decision not to work on the Sabbath – every Sunday, Monday, and every other Friday, which he has maintained throughout his career.

Dan suffered a devastating loss in 2011.

He had been pals with footballer Gary Speed for years, and conducted an interview with him on Football Focus just a day before he was found hanged at his home in November 2011.

Dan has spoken about his final moments with Gary, querying whether he could have done more to save him.

Speaking on BBC Breakfast, he said: "I think about it a lot really, if I’m honest with you.

Dan continued: "I suppose the encouragement out of it for me is, we’ve got to be honest with each other haven’t we? And ask if we’re OK.

"You know, send that text that makes you feel awkward sometimes, or make that phone call."

In a BBC blog reflecting on the sportsman’s death, Dan dubbed him "kind, funny, intelligent and insightful."

Dan’s heavily involved in charity work, being an active patron of various charities.

He works alongside various sports personalities including Jessica Ennis-Hill for the Sheffield Children’s Hospital charity, and in 2019 completed the impressive feat of reaching the Mount Kilimanjaro summit in aid of Comic Relief.

Dan also succeeded in getting a flyover at Endcliffe Park in Sheffield to commemorate the 75th anniversary of a tragic plane crash, which killed 10 passengers.

It came after Dan met Tony Foulds while he was looking after the memorial to the flight – aged just eight, Tony had been in the park when the bomber plane crashed.

The event attracted a huge crowd nationally, along with the families of the 10 men killed in the crash.

As well as being a football fanatic, Dan is also a keen golfer.

He admitted to the Daily Mail just how close he came to winning an impressive £300,000 at a charity golfing event.

"That was the prize money for a hole in one," Dan explained to the publication. "Using a 4-iron I hit the ball perfectly and it drifted nicely, landed and should have run on, but it stopped dead two feet short of the flag."

He did at least receive a bottle of champagne as a consolation prize, but Dan says it’s a "constant reminder that I’m not quite good enough to compete myself."

Dan’s even had private golf tutoring sessions with coach Ben Mason, posting a shot of their cosy sporting studio to his Instagram account.

"Lovely to see one of my favourite humans for the first time in ages. Working on releasing those hands," he captioned the snap.

Dan hasn’t been without his own fair share of controversy – and one particular argument was sparked from claims that he got his taxi fare to work paid for the three days per week he travels.

In 2019, claims arose that Dan got an executive car from his Sheffield home to the Salford BBC studios, which reportedly cost a whopping £200 per day.

Concerned taxpayers were fretting that the money was taken from their BBC licence fee – and earlier this year, the Daily Mail claimed it had "evidence" that the claims were true.

Dan, however, dismissed the reports as "guff", explaining: "I personally pay for any taxis outside the ones permitted to get to work at 3.45am and I drive myself one day a week."

The BBC does have a ‘Safety at Work’ protocol, which covers transport costs for any employees before 6am or after 10:45am – meaning Dan was within his rights to use the service.

And it might be a good thing that he takes a taxi – as Dan admitted he failed his first driving test after "reversing around a roundabout".

"I got five major faults on my first test, about five minutes in as well," Dan confessed on BBC Breakfast. "I’m a very safe driver [now]!"