The Beatles: Get Back preview released by Peter Jackson

The Fab Four are caught larking about as they record in early 1969. John Lennon play fights with George Harrison, Paul McCartney has a jokey argument with sound engineers while wise-cracking Ringo Starr juggles his drumsticks. Paul’s partner Linda Eastman and John’s Yoko Ono are seen fleetingly, along with “fifth Beatle” producer George Martin.

The shots are from film The Beatles: Get Back, by Peter Jackson, which opens next August.

The award-winning director of The Lord of the Rings and Hobbit trilogies has released a five-minute montage online.

He said: “We wanted to give the fans of The Beatles all over the world a holiday treat, so we put together this five-minute sneak peek. We hope it will bring a smile to everyone’s faces and some much-needed joy. It’s not a trailer, and it’s not a sequence from the film. It just gives you a sense of the spirit of the film.” 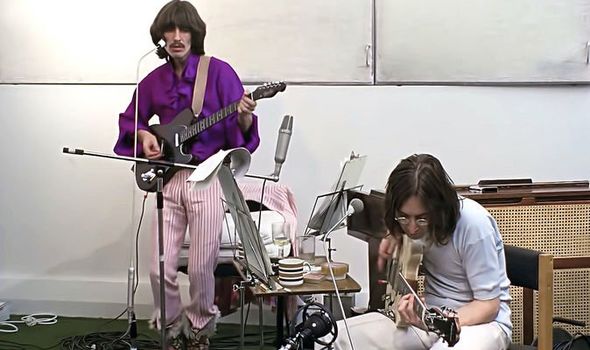 The movie will be edited from 56 hours of footage shot as the band recorded Let It Be, the last album they released. It follows the Liverpool lads as they plan their first live show in more than two years and while they rehearse 14 new songs.

Fans will see – uncut for the first time – the supergroup’s iconic last live performance, on January 30 1969, from the roof of the Beatles’ Apple Corps headquarters at 3 Savile Row, London.

The documentary’s release has been delayed until 2021 due to the pandemic.