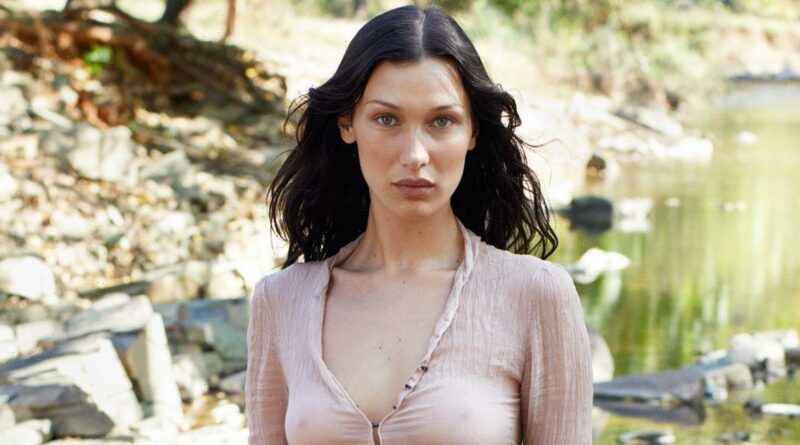 Bella Hadid has revealed that she regrets having a nose job at 14 and felt as though she was Gigi Hadid's "ugly sister".

In a candid interview with Vogue US, the supermodel opened up about her anxieties, including "depression, body-image issues and eating issues", after following in her big sister's shoes to become a model.

Bella, 25, who is of Dutch and Palestinian descent, shared that she regrets having cosmetic surgery for her nose at a young age.

She told Vogue's Rob Haskell: "I wish I had kept the nose of my ancestors. I think I would have grown into it." The model also slammed current rumours that she had used cosmetic fillers in her face.

Bella said: "People think I fully f**ked with my face because of one picture of me as a teenager looking puffy.

"I'm pretty sure you don't look the same now as you did at 13, right? I have never used filler. Let's just put an end to that. I have no issue with it but it's not for me."

Bella, who is the daughter of The Real Housewives of Beverly Hills star Yolanda Hadid, lifted the lid about her insecurities growing up, especially as she was compared to her big sister. She shared that she felt she was seen as "not as outgoing" as Gigi, and as though she was always "the ugly sister".

Bella explained that the continuous criticism of her appearance left her feeling self-conscious.

She revealed: "I've had this impostor syndrome where people made me feel like I didn't deserve any of this.

"People always have something to say but what I have to say is, I've always been misunderstood in my industry and by the people around me." Vogue’s April 2022 issue is available on newsstands nationwide on March 29.

Despite her mum and sister already being famous, Bella found the spotlight falling on her more prominently in 2014.

The model was quickly snapped up by IMG Models and set to work on catwalks and in advertising campaigns.

Across the pond there aren't specific laws surrounding rhinoplasty.

It can be performed when the nose has completed 90% of its growth, which can happen as early as age 13 in girls.