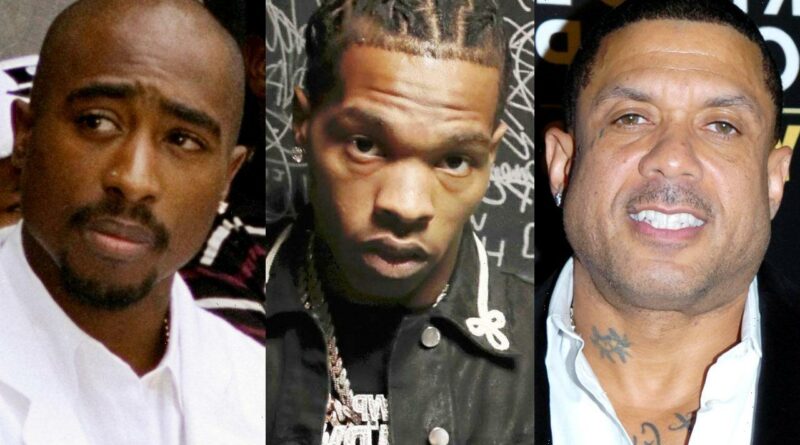 When complimenting the ‘Drip Too Hard’ rapper, Benzino writes, ‘He never beefs online, helps his people, raps about it, and you can see his maturity, not just on the mic but in real life.’

AceShowbiz –Benzino has given Lil Baby a sweet compliment. On Thursday, December 1, the father of Coi Leray declared on social media that the “Drip Too Hard” rapper is the Tupac Shakur of this generation.

“I been around hip hop since day [one &] out of this generation’s rappers @lilbaby4PF is the most influential & important at this time,” the 57-year-old penned on Twitter. “He like Pac’s influence, can help turn around young Black men to elevate their lives from the streets to a better life. He’s special, trust me I know.”

In a separate tweet, Benzino wrote, “He’s really from and wit[h] the s**ts & talks that street talk, but he also raps about positive elevation & change (like Pac). He never beefs online, helps his people, raps about it, and you can see his maturity, not just on the mic but in real life. He’s this generation’s Pac.” He added in a separate tweet, “This generation needs more Lil Baby’s.”

Aside from his success in the music industry, Baby has been known for giving back to his community. Back in August 2021, he treated kids from his hometown of Atlanta to several free bikes. He also presented them with a refurbished basketball court. Just weeks prior to that, the hip-hop star donated laptops, school supplies and new clothes to Atlanta kids in a back-to-school drive.

In June, the “Do We Have a Problem?” spitter bought all of the shoes at a local Footlocker store for families in his hometown. After a video of him leaving the store with the sneakers made its way online, he clarified on Instagram Story that the giveaway is just light work for him.

“Buying shoes ain’t what I mean by saving community or giving back!!” he said at that time. “That was some s**t I did cause I seen a lot of them had on flip flops. When I say save community, I mean centers, programs, jobs. You can’t imagine the s**t I don’t post.”