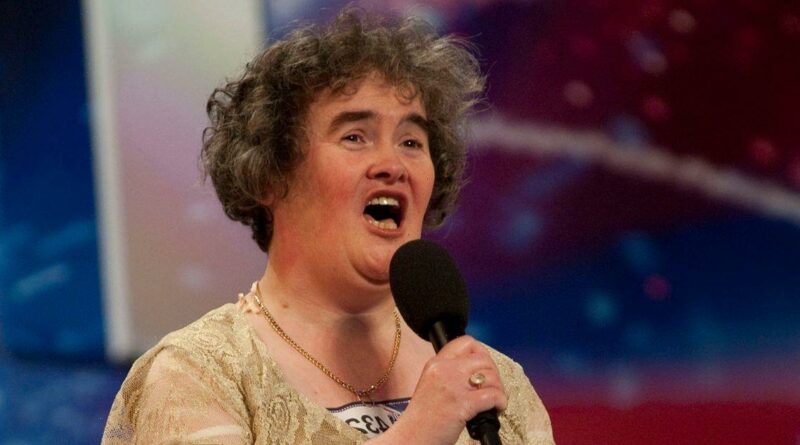 It may feel like it was just yesterday that Susan Boyle captivated the nation with her impressive rendition of I Dreamed A Dream, but the Britain’s Got Talent star took to the stage more than 12 years ago.

And although the 60-year-old's incredible vocal talents were unmatched by her fellow competitors on the hit ITV show, the Scottish belle lost out to the impressive dance troop, Diversity.

But coming second in one of the country’s biggest talent competitions didn’t stop her from thriving, as the singer went on to sell more than 19 million records after she shot to fame.

After the show, the songstress raked in an approximate £22 million when she released her UK bestselling album, I Dreamed A Dream.

Her second album, The Gift, also topped the charts but as the years have gone by Susan has dropped off the radar despite gaining a fiercely loyal legion of fans online.

In 2013, the singer announced she was taking an official break from music and social media in order to "take a little me time and spend time at home with family and friends".

But in recent years, the star has allegedly experienced a significant family rift in the Boyle household and has re-sparked her television career with her frequent guest appearances on America’s Got Talent.

Growing up, Susan was subjected to nasty nicknames like "Simple Susan" and was informed at the time that she was “brain damaged” which was devastating for the young star to hear.

But after she found fame, SuBo sought out a second opinion from the help of a Scottish specialist who confirmed she actually had an IQ much higher than the national average and was diagnosed with Asperger’s Syndrome.

Following her recent diagnosis, she told The Guardian in 2013 how she hopes others will treat her with more respect as “they will have a much greater understanding of who I am and why I do the things I do.”

Although the star boasts an impressive salary after kickstarting her music career in the late 2000s, Susan decided to invest her funds into the property market.

But instead of purchasing a lavish mansion, the Scottish belle remains loyal to her ex-council property in Blackburn, West Lothain.

Although the star has stayed true to her roots, the auburn beauty added a little glamour to her famous lifestyle as she purchased the home next door for £111,000 and merged the two properties together.

The TV star has since renovated the extended property and created her dream home with her impressive design eye at the heart of the construction as she completely revamped the house.

When asked why she remained in her former council property rather than moving into a more upmarket property, Susan explained a move was out of the question because the family home holds too many precious memories.

As the chart topper moved on to bigger and better things, the loving sister also fixed family feuds during her time away from the limelight.

Susan and her brother Gerry fell out back in 2013 over ugly family rumours which claimed that the singer gave him £50,000 as he threatened to take his own life.

But the pair finally put the past behind them after SuBo got involved in a major row with Heathrow airport staff in 2016 and called her brother for consolation.

Following the stressful altercation, a fuming Susan jumped into a taxi and travelled straight to his home where the dynamic duo made up and reverted back to their strong family unit once more.

He recalled: "I'd never heard her sound so down on the phone. I was really concerned. She didn't sound like she was in a good place.

"We hadn't spoken for two and a half years but when all is said and done I am her brother. I realised how said it was that we didn't speak – and that it shouldn't be that way."

Over the years, the BGT star has suffered her fair share of loss in the Boyle family.

The heartbreak started when Susan lost her father in 1999, her sister Kathleen in 2000 and her mother, who she had been primary carer of, in 2007.

But the devastation didn’t stop there, after Susan’s older sister Brigid ‘Birdie’ McCaw passed away at the age of 73 after a lengthy battle with cancer in 2015.

The singer took a break from her album release to grieve the sudden loss of her supportive sister.

At the time, the hitmaker spoke highly of her late sister and credited her as one of the main forces behind her rise to stardom who “helped me throughout my life and career.”

America’s Got Talent: The Champions

Although the star has become one of the most well-known Scottish singers of her time, the star couldn’t help but jump at the chance to take part in the talent show once again in September 2018.

Returning to the show once more, the singer was determined to go for to gold this time around after she lost to the hip hop dance group in 2009.

The professional singer performed Wild Horses from her debut album, I Dreamed A Dream in 2019.

And 10 years on, the star received a golden buzzer once again from British singer Mel B and made it all the way to the final five where she performed her impressive hit I Dreamed A Dream which harkened back to her initial audition.

Unfortunately, Susan couldn’t steal the crown this time, but the singer soon bounced back when she performed on the results show for the 14th season of America’s Got Talent.