Kaley shared the happy news with fans on Instagram earlier today (July 1), confirming that she and Karl tied the knot yesterday. “Legally KCSQUARED 6-30-18,” she wrote.

The pair’s marriage comes after the Big Bang Theory star announced their engagement in an emotional – and very teary – video back in December. Reliving the moment on Instagram, Kaley called every part of the engagement “perfection”.

Speaking to People earlier this year about her then-fiancé Karl, Kaley called him her “perfect match. He lets me wake up in the morning and say, ‘I want to go and rescue rabbits.’

Fortunately Kaley and Karl have some time to enjoy being newlyweds, as season 12 of The Big Bang Theory has not yet announced its return date.

Although the cast and crew are on board for more episodes following season 12, the series’ showrunner Steve Holland has admitted to Digital Spy that this run’s finale will be a satisfying end-point either way. 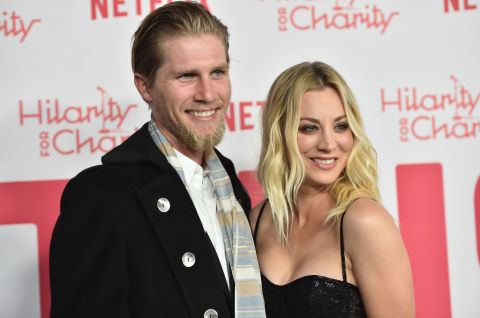 “There’s certainly stories that we still want to tell that we haven’t told yet, and who knows what’ll happen after season 12, so season 12 might be a nice chance to tell them.”

The Big Bang Theory airs on CBS in the US and on E4 in the UK.